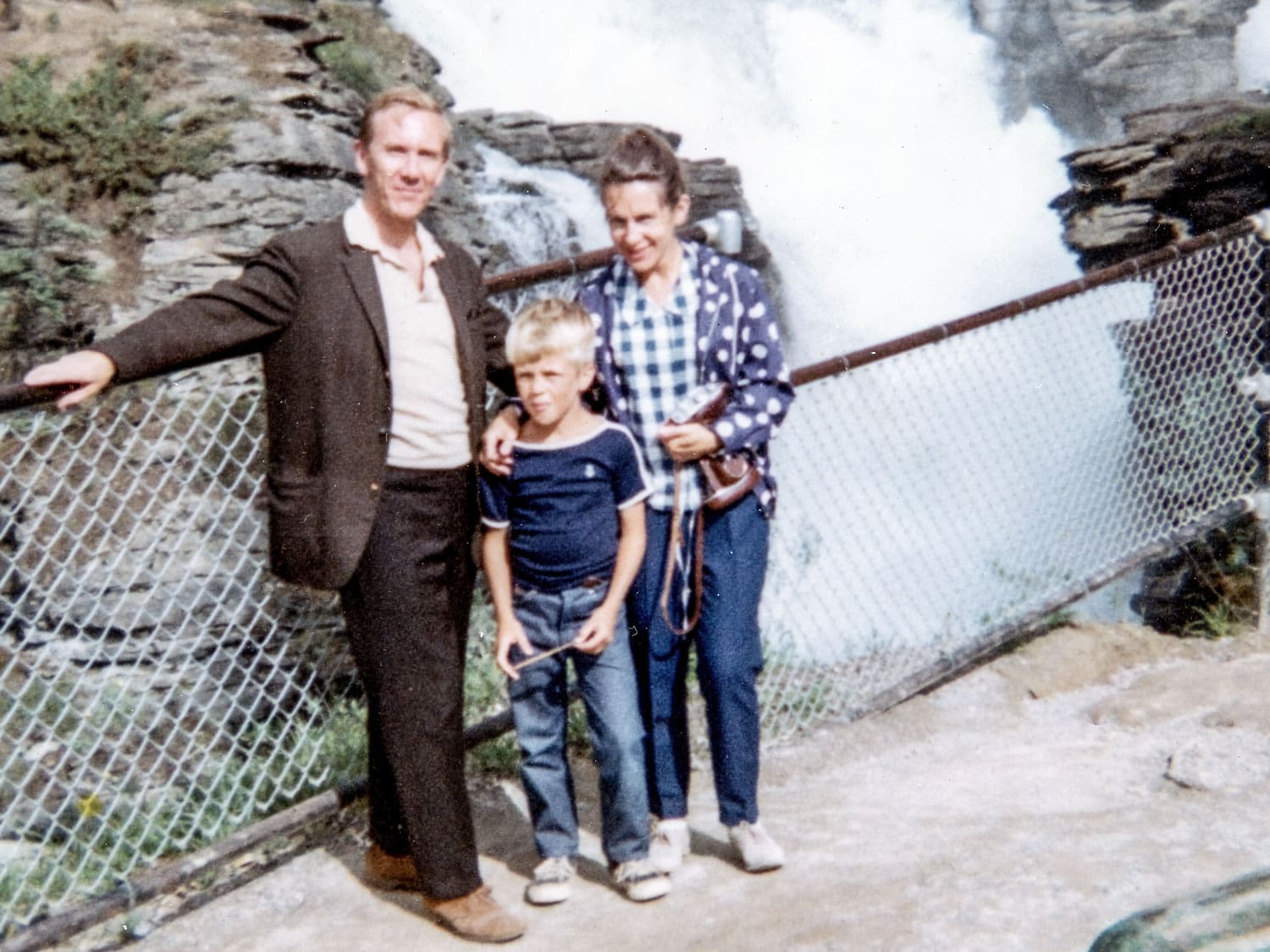 My love for travel began to grow from seeds planted and cultivated by my mum when I was very young. Though Mary passed away on May 27, 2001, following a painful battle with cancer, I still take time on her birthday, on Mother’s Day and on International Women’s Day to honor her and thank her for all the gifts she gave me. Gifts that have made me a better traveler, journalist, photographer and, I hope, a better man.

The bedtime stories my mum read to me each night began to fuel my imagination and desire to see the world. By the time I was six years old, I had already traveled on many grand adventures in my backyard, inspired from scenes in The Jungle Book, Robinson Crusoe, Treasure Island, 20,000 Leagues Under the Sea, and The Thousand and One Nights (Arabian Nights) to name but a few. Little wonder I was reading at an advanced level by the time I began school. 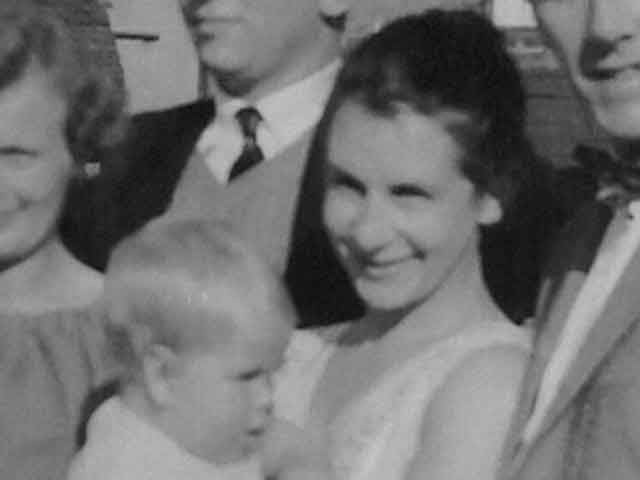 Never letting fears hold me back

My mum grew up during World War II in Britain, which certainly gave her a tough spirit — one that never let falling bombs or a spot of weather deter her from what needed to get done. Like going to school.

Which is why I’m quite sure she didn’t think twice about bundling me up to walk to preschool on a day that she knew was cold, but certainly nothing to worry about. Once dressed, my mum waved goodbye, and I waddled the quarter mile to school like normal, only to find out classes were canceled. Seems minus 30-degrees Fahrenheit with wind chill was considered unsafe for going out. Fortunately, the school was open with a skeleton staff when I arrived, so I stayed warm and safe until my mum showed up at the appointed time, still blissfully unaware just how dangerous the weather had been.

I inherited that sense of not letting something stand in my way of getting things done and a sense of mental and physical toughness from my mum. I rely on those traits to this day no matter where in the world I find myself.

I also learned not to let my fears hold me back from experiencing new places or things – perhaps this is why I’ve never hesitated to jump at story assignments like learning to fly a hang glider, walking among Kodiak bears, or competing in the 1995 Eco Challenge. I never knew my mum was deathly afraid of flying, a fear that was made worse when a propeller flew off the plane as we were taking off for one of our annual summer pilgrimages to Britain. She never told me about her fear until I was in my teens, and we’d been on dozens of international flights together. She told me the reason she’d hidden her fear was that she didn’t want her fear to influence how I felt about flying. 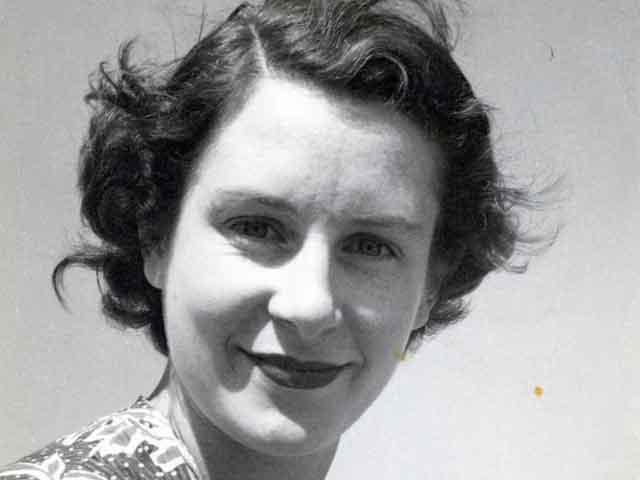 My mum had a love for travel

Seemed funny to me that my mum could be afraid of anything – a fright list that indeed included spiders and rodents – because my mum was truly an adventurer at heart. She used to regale me with stories of her childhood, of pouring over maps and getting lost in adventure travel books, of dreaming of faraway places. She still dreamed of travel adventures as a young mother although I know she never did get to explore the world as she wanted. I still have her well-worn copy of Congo Kitabu by Jean-Pierre Hallet, which further served to fuel my desire to visit Africa – a desire realized when I traveled to Kenya in 1978.  My mum was always one to encourage my dreams and desire to wander.

It was my mum who established a subscription in my name to “Look and Learn,” a British newspaper for children that was filled with stories of adventure, wonder, nature, and history. “Look and Learn” fed the fires of my imagination as I dreamt of diving on shipwrecks, hacking my way through the densest jungles, climbing the highest peaks, wandering in the footsteps of Conquistadors.

She also gave me my first camera, a hand-me-down Brownie, a simple, boxy Kodak camera. My mum loved taking photos and was always pleading with (and sometimes yelling at) my father to stop the car when we were driving on vacation so she could take a photo of a flower, a person, an animal, or anything that piqued her curiosity. When I headed off to Africa — in part to study photojournalism — it was my mum who gave me an Olympus OM-1 camera and a few lenses so I would be well equipped to take advantage of the opportunity I had. I still have the camera today.

Helping others and standing up for human rights

Because of my mum, I learned that it is never too late to pursue a dream or desire. Once I graduated from high school, she moved away from home, found a place to live, and enrolled in university to earn her master’s degree in social work – she had never been to college. Her specialty was working with troubled children because, as she loved to regale anyone within earshot, she already had vast experience in that regard (yes, she was poking fun at me). Her associates at Washington University in St. Louis told me once that she was fearless and committed to helping people. Seems my mum had a habit of walking to see her clients – in East St. Louis (then one of the worst ghettos in the country and a place even police typically avoided unless responding to a call). I have this unshakable image of a spritely 50-year-old British woman with long hair that was starting to gray, all tied up in a tight bun, standing no more than 5 feet tall (and that was in heels, always sensible of course), purse tucked under her arm, walking resolutely from one house to the next, never once imagining that perhaps it was not safe for her to be there. She always saw the best in people who needed help. 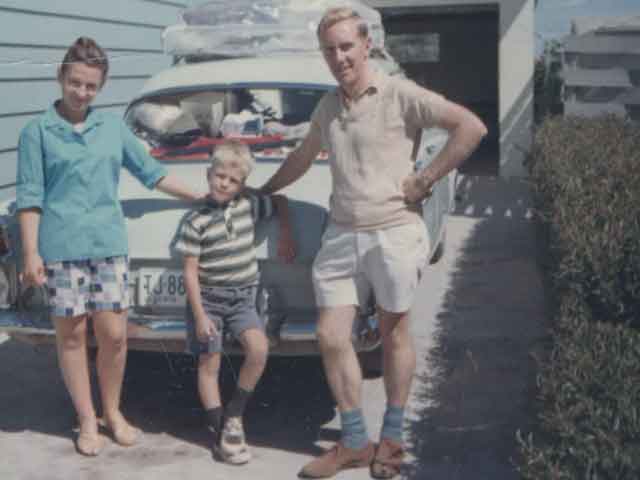 Car packed and off we go to spend a summer in Banff where my Dad taught at the Banff School of Fine Arts and my mum and I spent countless days hiking and wandering together.

Mum also never shied away from a vehement debate if she were standing up for something she believed was morally right: women’s rights, minority rights, gay rights, immigrant’s rights … my mum was indeed passionate. She left the Catholic Church, a church she loved, because women were not allowed to become priests simply because they were women. I am quite certain that had the Pope ever sat down with my mum, she’d have given the pontiff a piece of her mind he’d not soon forget.

She was also a thorn in my side, firmly reminding me at every turn — even in front of friends and once even in front of a date — that “he” was not a universal pronoun and the word should only be used when referring specifically to a man. My mum taught me to cook (and she survived numerous culinary disasters), sew, and clean up after myself because these were necessary chores anyone needed to be able to do – and not just a woman.

Over the years, as I traveled through my life, one place to the next, my mum taught me the subtle difference between holding a hand and chaining a soul. She showed me that love doesn’t mean leaning on someone, and that company doesn’t mean security.

Through her firm but loving guidance, I learned to accept setbacks, defeats and losses with my head up and my eyes open so that I could “learn from them with the grace of an adult and not the tantrums of a child.” Both she and my father loved to tell me, “It’s not the mistake or failure that matters one bit. It is what you learn from the experience that counts.”

And it was through my mum that I learned to embrace my successes with humility and humor. She once told me after I was preening just a bit too much following a win at a big track meet that “resting on one’s laurels serves only to crush the sweet bouquet of success beneath an increasingly weighty posterior of pride.” Yes, mum had a lot of sayings. And it is also why I believe, as a travel writer and photographer, that you’re only as good as your next story or photo, no matter how many awards you’ve won. 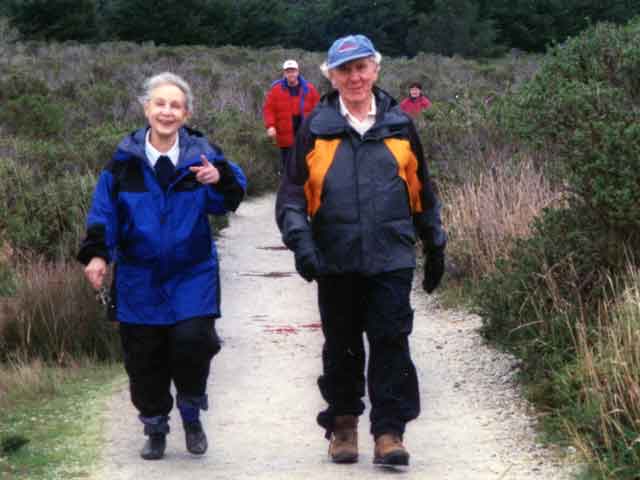 Mum and my dad, hiking in damp weather to view elephant seal in Ano Nuevo in 1998. Her smile could illuminate the darkest day.

But it was her example that spoke to me the loudest. The way she lived her life fully, never backing down from a challenge, working for everything she earned, never taking anything for granted, always willing to try new things, eager to discover new places and people and learn from them. Those qualities have influenced me the most, as a father, a writer, a photographer, and a traveler.

Through my mum I learned that excellence and recognition must be earned, not simply bestowed; that a challenge is an opportunity to excel, not a roadblock built with excuses; and that the world is full of wonders that cannot be seen through prejudiced eyes.

My mother gave me my life many decades ago. By traveling, listening, learning and living my life well I know that I honor my mum’s memory. And each day that I think of her, I miss her and love her a little bit more, forever. 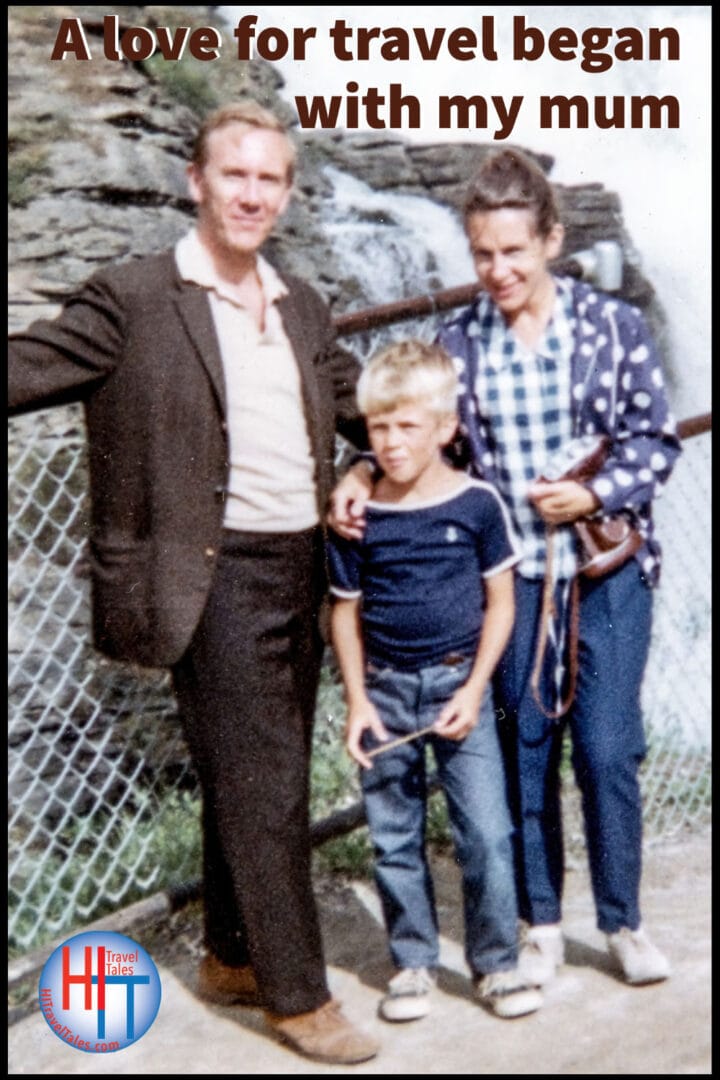 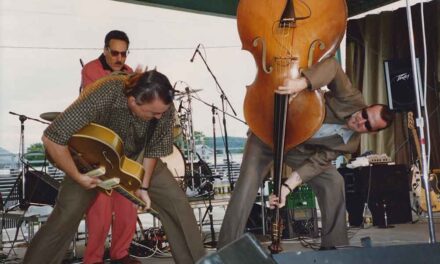 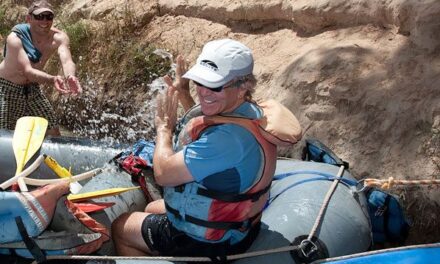 Messing About in Boats: White water rafting on the Green River 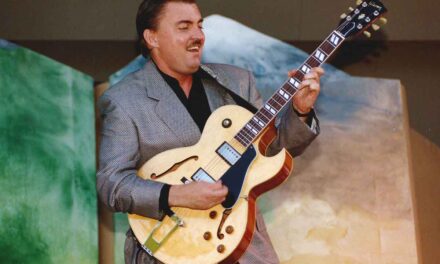