An exotic taste of Latin America in Cartagena, Colombia 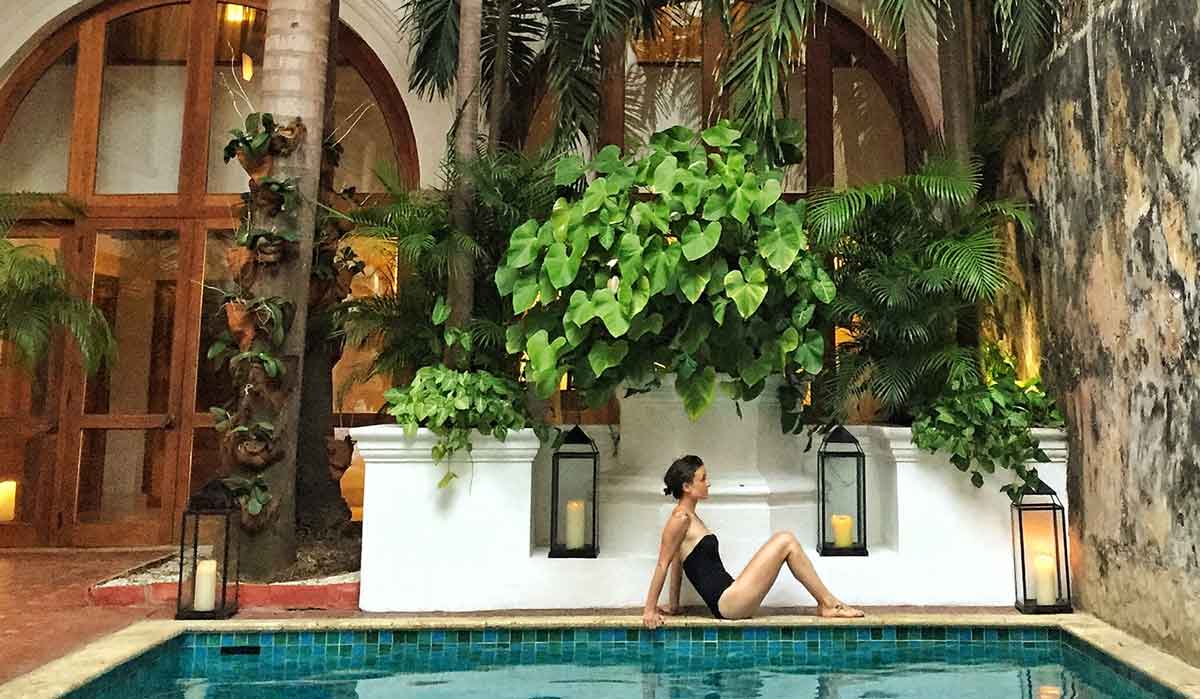 Cartagena, Colombia, promises an exotic taste of Latin America even if you only have a week or less of vacation time. What you’ll discover: some of the best seafood of your life (so good, Anthony Bourdain counted it among his top picks); colorful streets that ooze Spanish-colonial charm and beg to be photographed; regionally made, artisan keepsakes such as wide-brimmed straw hats and iconic mochila bags; boutique properties so sumptuous and inviting they feel more like a stay at your friend’s historical mansion than a hotel; and day trips to remote islands for snorkeling and seafood straight from the ocean to the grill.

Cartagena has never been so appealing. Go now. 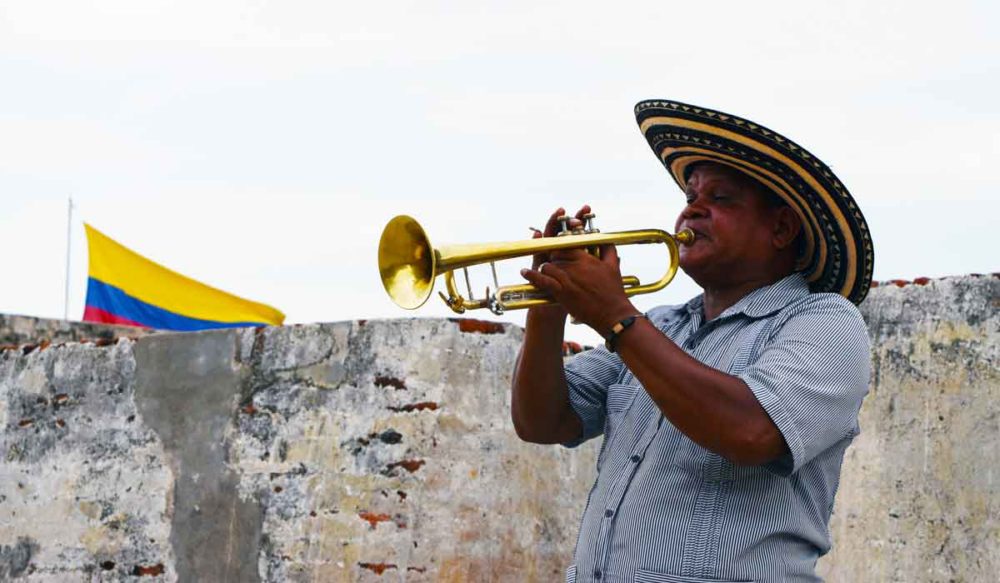 Why? There are now direct flights to Cartagena, Colombia from New York City that take just over four hours (faster than driving to the Hamptons on a summer Friday). On landing, the drive from the airport to your hotel doorstep within the historical walled city is a mere 20 minutes. Meaning: If you are fortunate enough to be near New York, City you can wake up in the United States and, by lunchtime, be eating ceviche, sipping mojitos, and trying on Panama hats to the sound of a samba band. Not near New York City? Don’t despair. Direct or single connection flights are still easy enough from a number of major metropolitan hubs. These can still have you into enjoying those mojitos at least by day’s end (Delta and JetBlue are several airlines that serve Cartagena at the time of this writing).

When in Cartagena, a restored, 17th-century mansion is the answer.

If you haven’t embraced your crush on courtyard pools that flow beneath colonial-era walls, plus Moorish-tiled bathrooms, solariums, libraries with full-service evening tea (where you’ll likely have the experience to yourself), or leaned over private balconies like you’re living in a Gabriel Garcia Marquez novel, you will after a stay at Hotel Casa San Agustín. There’s something very warm about this place—think terracotta open-air halls, towering potted palms, exposed original beams, birds-eye-views over picturesque courtyards, and an evocative Caribbean charm that is special to ocean-side outposts like Cartagena and Havana.

Even strict vegetarians have to to try Cartagena’s seafood. It’s just that good. 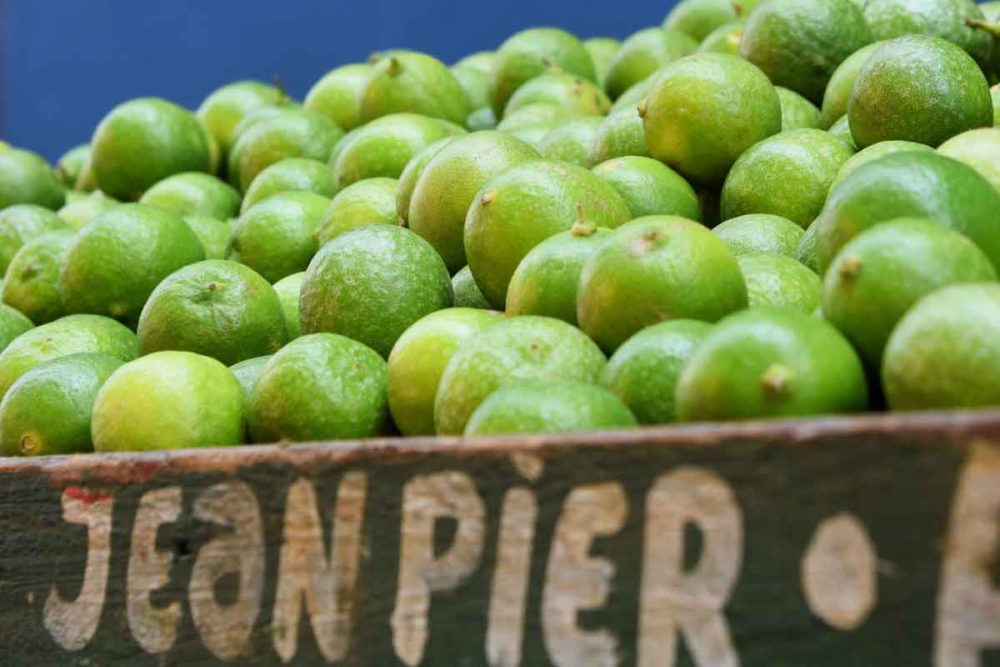 You may not believe you’ll have the best fish of your life unseasoned, served off the grilled, paired with fried plantains and a beer, and eaten at a plastic picnic table. But, go to Cartagena and you will. Catch the 45-minute boat ride out to the Rosario Islands, which feel worlds away from the liveliness of the city. Snorkel through whirlwind schools of fish among protected shallow reefs before sitting down to lunch. What you’ll get: an unpretentious fish on the bone you’ll remember for the rest of your life. If you have the time, consider spending a night here.

Back on the mainland, Cartagena’s rising chefs have embraced fresh, local ingredients to offer distinct takes on regional favorites. Everyone talks about La Cevicheria, thanks to Bourdain’s endorsement. 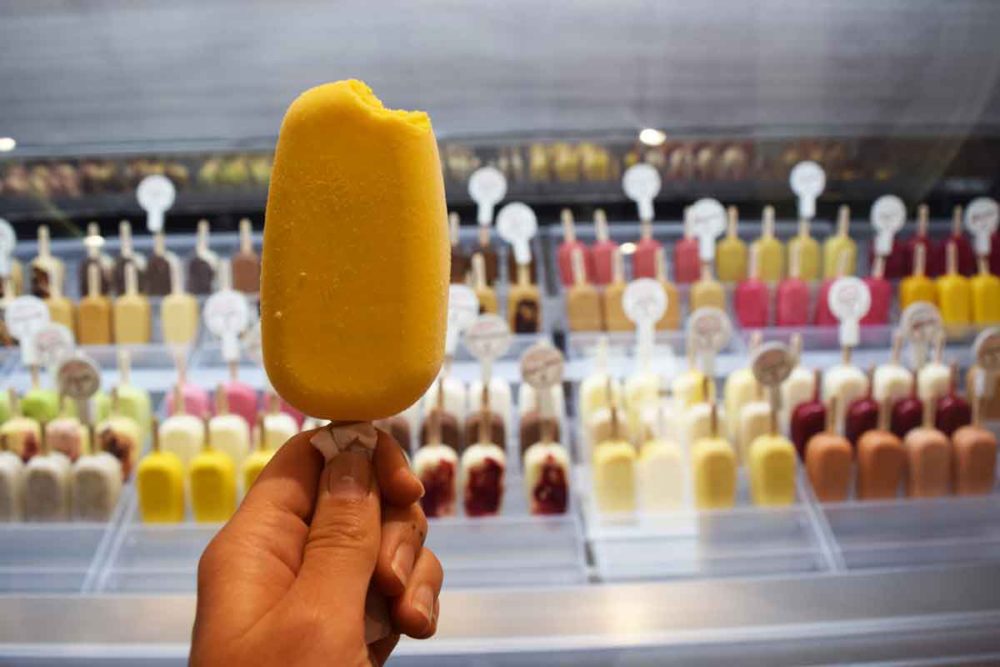 HITT Tip: Cartagena, Colombia insiders at Absolute Travel say to stop by for the ambiance, but don’t expect the ceviche to be what it once was. Instead, go to Don Juan and try the grilled shrimp with passion fruit sauce, the green papaya salad, and the red snapper. Then hit Ciocolatto Pop Bar for Cartagena’s best maracuya Popsicle (it’s tangy, sweet, and creamy like no other) or neighboring Gelateria Tramonti for hazelnut gelato perfected by the resident Italian gelato master.

If it’s Colombia’s famed coffee you’re after, hit San Alberto Coffee shop for a simple cup or something more experimental served from a beaker and Bunsen burner. For a stronger drink, The New York Times put Alquimico on the map for its restored mansion interior and elegant concoctions. But we’re partial to El Coro in the Sofitel Hotel for its live music and historic digs that date back to 1621 and were once used for choir practice by the city’s nuns. Or, Café Havana. It’s iconic.

Snag a new warm-weather kit with Caribbean flavor on the street corner. 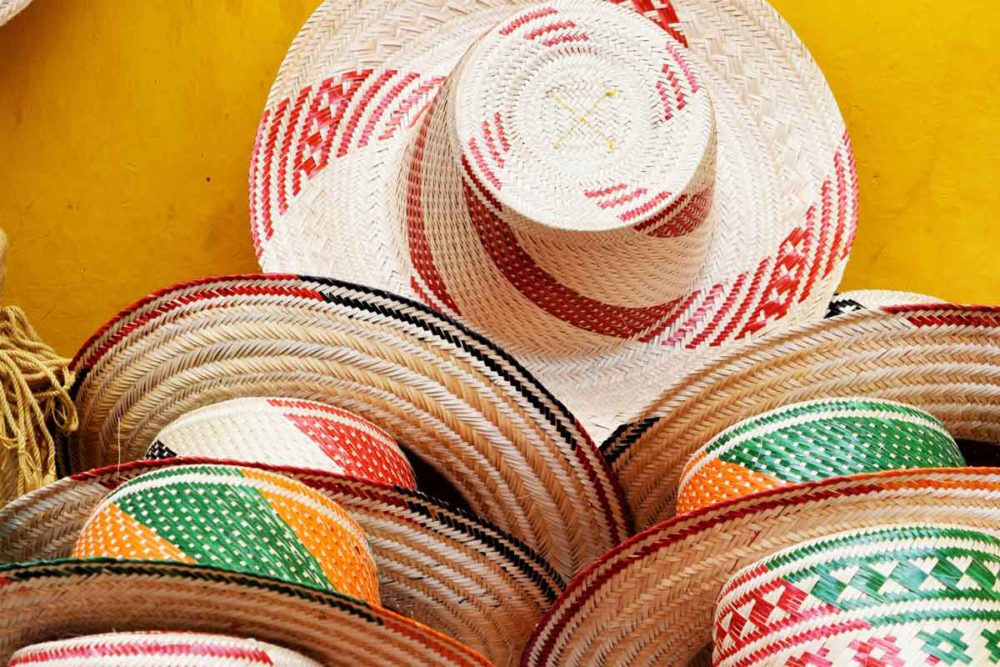 It takes very little effort to score some timeless keepsakes with lots of local flavor in Cartagena, Colombia. Basically, step out of your hotel and within a few paces you’ll walk directly into a stack of covetable woven hats—from traditional wide-brimmed, flat tops worn by gauchos to oversized floppy numbers made for Riviera lounging, and Panama hats by the hundreds. Don’t leave without a mochila bag. Our favorites came in natural dyes, but there are electric pinks, yellows, and blues to be had as well. For a more traditional shopping experience, grab hand-woven espadrilles at Casa Chiqui, large lacquered masks for your walls from Artesanias de Colombia, one-of-a-kind antiques from El Arcon Anticuario (housed in yet another colonial-era mansion), designs from St Dom concept shop that curates Colombia’s best designers, and body goods made from local ingredients from Loto Del Sur. 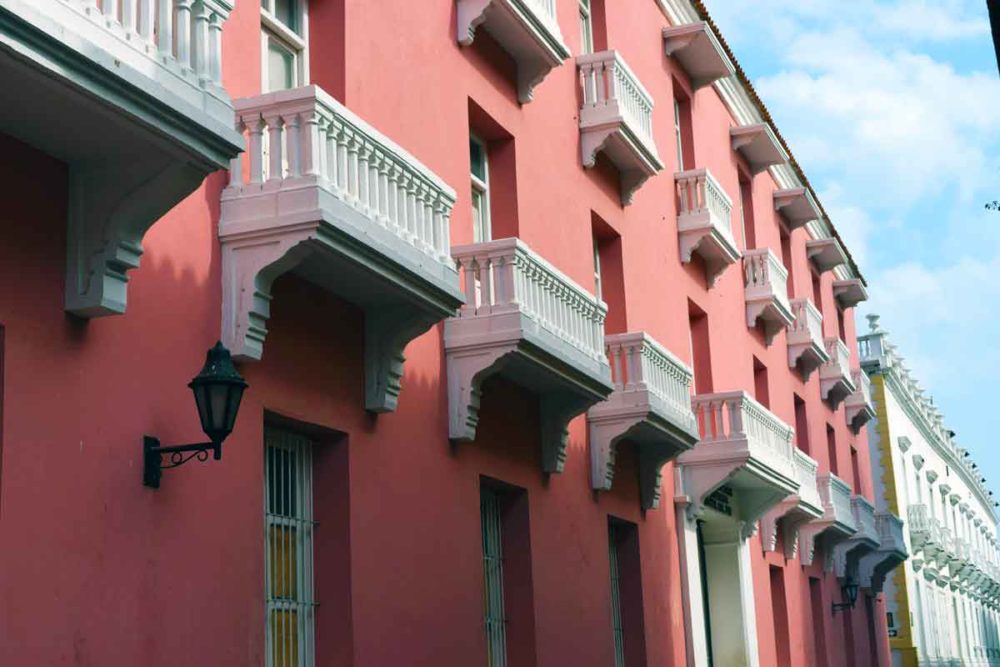 The cotton-candy buildings outfitted with ornate doorknockers and balconies with waterfall ivy are infectious. The whole city takes its cues from their distinctive quality. In the evenings, the facades are lit by twilight while dance troops and live musicians rumble in the city squares and open-air parties dominate the promenades. When we asked a resident if it were a national holiday because of all the festivities, the answer was, “This is Cartagena!”

The latest talk surrounds Getsemani—a colorful neighborhood five-minute’s walk beyond the walled-city. Follow the wall murals to the central square to simply enjoy the night air with the locals and clued-in travelers. 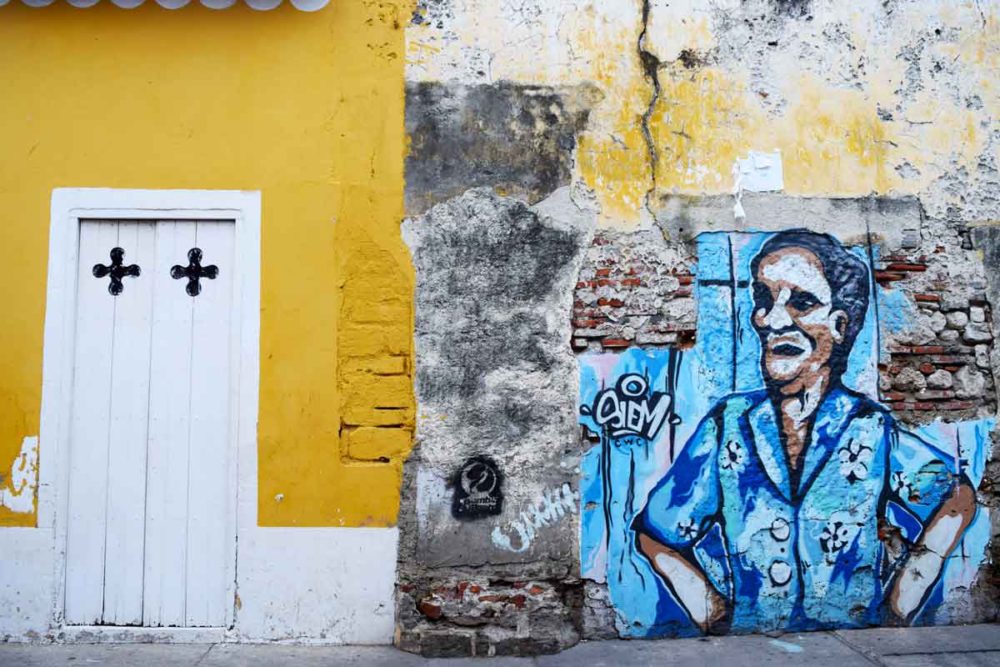 HITT Tip: Our luxury travel experts say that Cartagena is the perfect start or finish to a trip through greater Colombia – or even before or after a lounger journey in South America. Colombia has so much: the Amazon rainforest, seven UNESCO World Heritage sites (Cartagena’s walled city is one), hiking through the emerald hills of Cocora Valley, and lush coastal Tayrona National Park, up-and-coming Medellín, and buzzing Bogotá. For the more adventurous, Cartagena can even be used as a sailing gateway to and from Panama

Meghan Black traveled to Cartagena, Colombia to research this story. She admits it is a tough assignment, traveling to exotic locations, but Meghan somehow manages. Somebody has to do it, right?

Discover more things to do in Colombia

Join Our Subscriber Club
Heads up! This information on Cartagena, Colombia was accurate when we published it on HI Travel Tales, but, as we know, traveling is all about changes (and inflation, sadly). It is your sole responsibility to confirm prices, transportation schedules, hours of operation, safety and health considerations, and any other important details before your adventure. 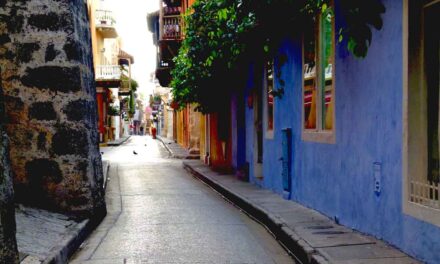 Travel to Colombia, a destination with a warm welcome