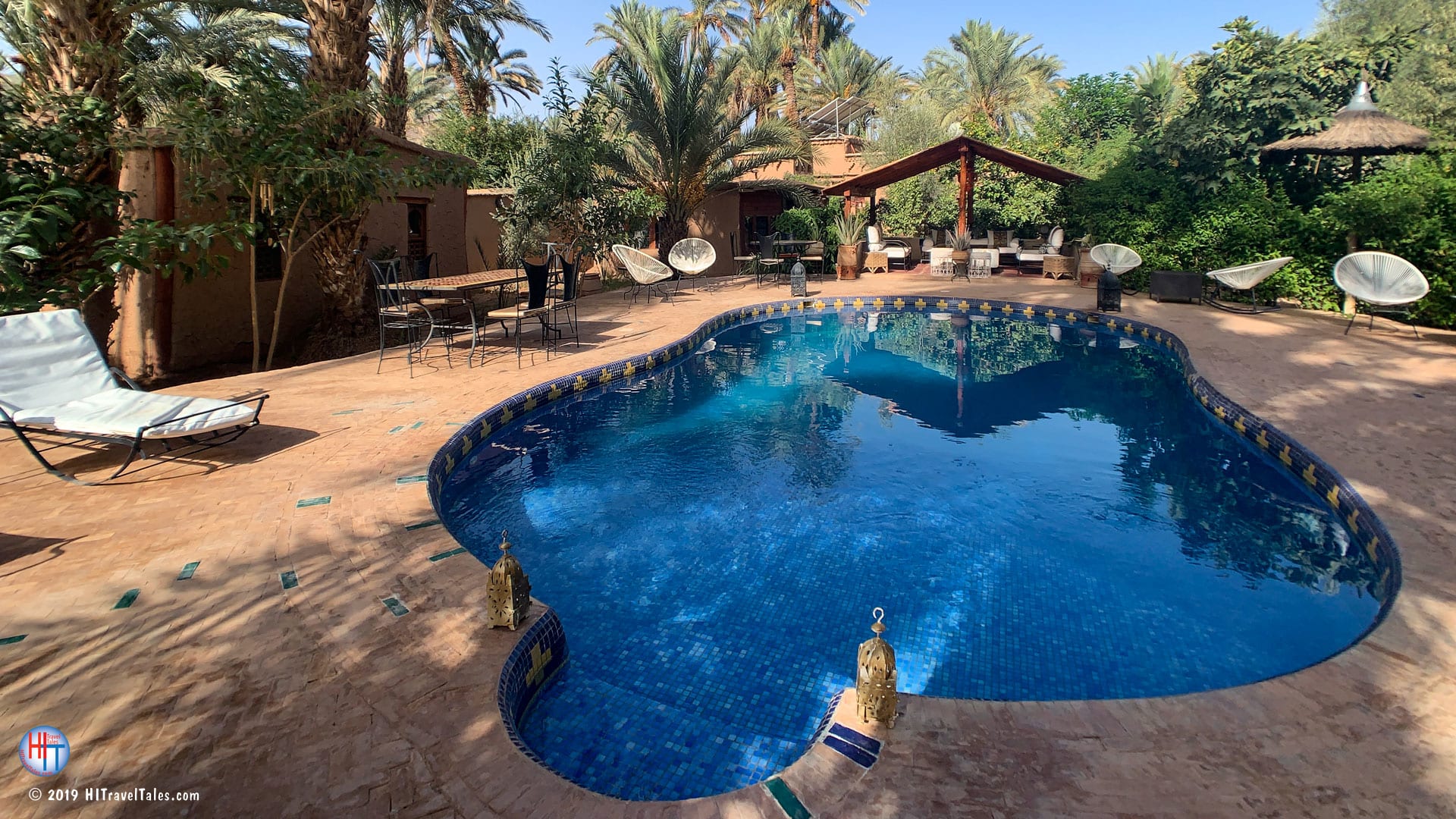 To ensure fair prices and to help you choose the most culturally authentic and ethical hotels, we recommend planning a Moroccan adventure with a reputable, local tour operator. We recommend Open Doors Morocco.

When touring the beautiful Draa Valley in Morocco, consider staying in Tamnougalt instead of the more often selected larger city of Ouarzazate. The Tamnougalt village in a date palm oasis and its Kasbah des Caids is the star attraction, being one of the oldest 16th century mud-fortified villages still standing.

There, the Bab el Oued Ecolodge offers a garden retreat with winding paths, a pool, separate cottages and excellent dinners. From the dusty street, you enter through a gate and into a disparate even lush world filled with plants and seductive scents from jasmine and roses. Bab el Oued was built from scratch and will celebrate its 10th anniversary in 2020.

As per Moroccan tradition, you are greeted with Moroccan mint tea and goodies, which after arrival is always a welcome and restful treat – and here you get to sit beside the pool and enjoy a secluded and peaceful oasis.

The gardens are particularly striking at Bab el Oued. Aside from the common gardens at the entrance and pool area with reportedly more than 150 species of flowers (we didn’t count), there is a newer garden expansion as of 2019 – you just need to head out the side yard, through a side gate, across a dirt road and into the next gate. There, you find a veritable zoo of creatures, from camels to sheep, and more gardens to enjoy. We enjoyed watching the family pick dates and were able to enjoy fresh-off-the-tree dates, too.

Bab el Oued, dubbed an Ecolodge, puts a high emphasis on sustainable, local, seasonal and organic. In fact, at breakfast you enjoy an array of homemade marmalades, all made from the fruit on the property. Dates, too, come from their own date palms, and juice is fresh squeezed from their own oranges. 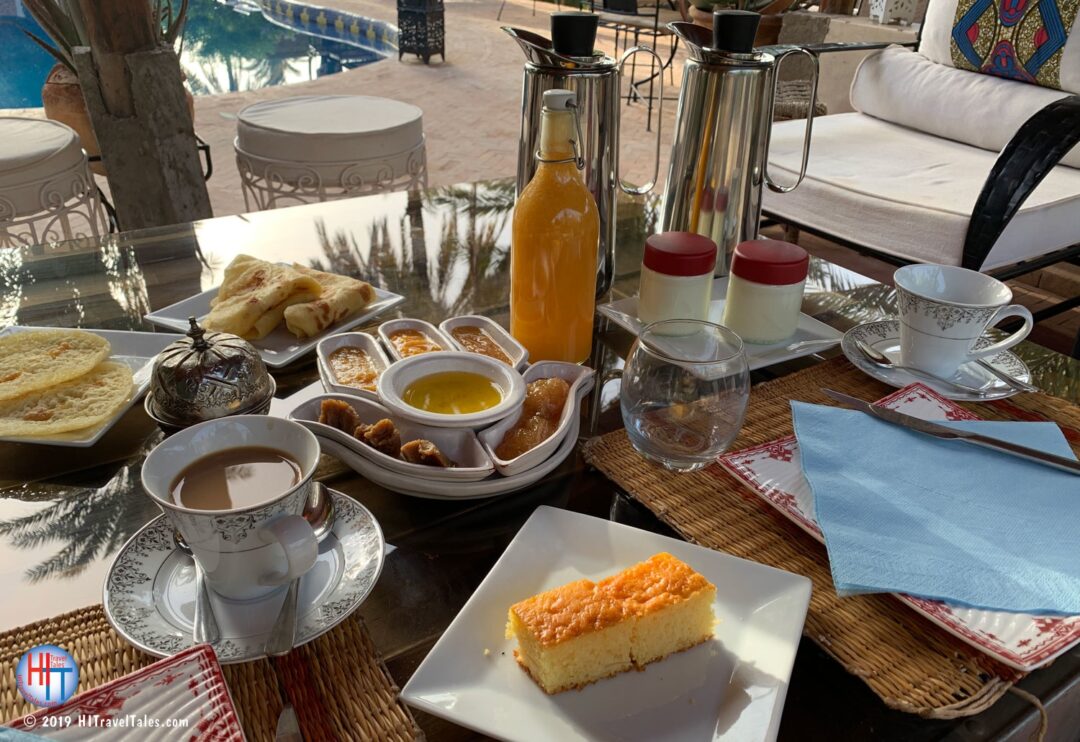 In the last few years, peacocks have been added to the property, and they are pretty to watch parading around. One problem though: They do not stop their screeching at night which can become a bit disturbing, and apparently these particular peacocks also love to tromp around on the top of cottages (not quietly, we might add). 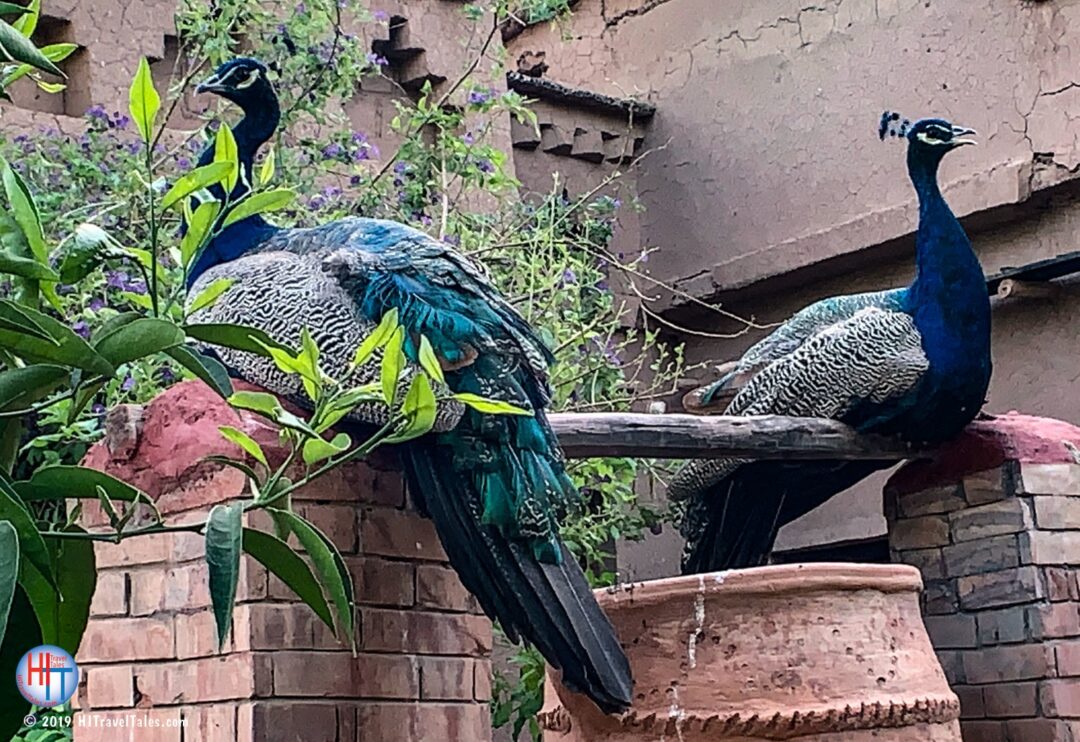 At Bab el Oued in Tamnougalt village, the focus is on “disconnecting,” and that means there is no Wi-Fi on the property — none whatsoever (although there is Internet for office use). We were told by owner Mathilde that this is so guests can “sleep well,” and are not subjected to what she claims are the “contaminating” and “unhealthy” effects of Wi-Fi or the Internet. That said, she has heard complaints and is considering adding Internet access for guests in the main lobby area only, she told us.

We were also told that to maintain the quiet, there is no bell at the front gate. Which seems fine, until you go out during the day and return to find the front gate bolted shut from the inside. That may leave you as it left us pounding on the gate for close to 10 minutes until we were finally let in – not a great guest experience. Apparently, there is a side gate around the corner and down the dirt road, but that isn’t common knowledge (it is the same one that takes you to the new garden area).

On the plus side, when the gate was finally opened, we were greeted with a huge smile and an apology. The staff was, without exception, very, very friendly and accommodating. While there, we needed to do a small load of laundry which the manager took from us in the evening to put in a machine, and then allowed us to hang to dry on the hotel laundry line positioned so the sun would hit it for quick drying.

In keeping with an eco-lodge theme of sustainability, Bab el Oued uses glass bottles for serving liquids – no plastic. Any bottles not reused by Bab el Oued are given to villagers to encourage them to use glass rather than plastics for water and storing.

There are seven different individual cottages at Bab El Oued Ecolodge in Tamnougalt village, with four of those designed for two people and one that is more of an apartment intended for four or five persons and including a small kitchen area. We had the larger La Nafaa cottage said to be for four persons (there was one King bed and two small twins in one room). At the time of this writing, rates ran from 75 euro for the smaller rooms, up to 175 euro for the larger ones (825-1950 MAD) – not inexpensive for the size of the rooms by Moroccan standards. 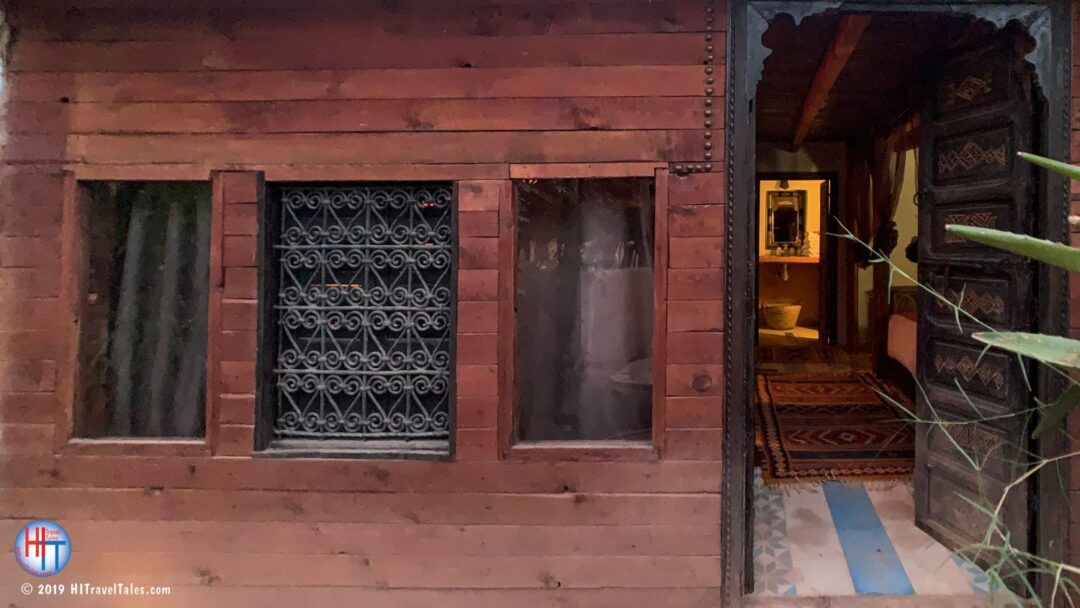 Our cottage seemed to be the only one made exclusively from eucalyptus wood and mud. The problem is that the mud cracks and crumbles, leaving a visible layer of grit and dirt on the floor and in corners of the cottage. 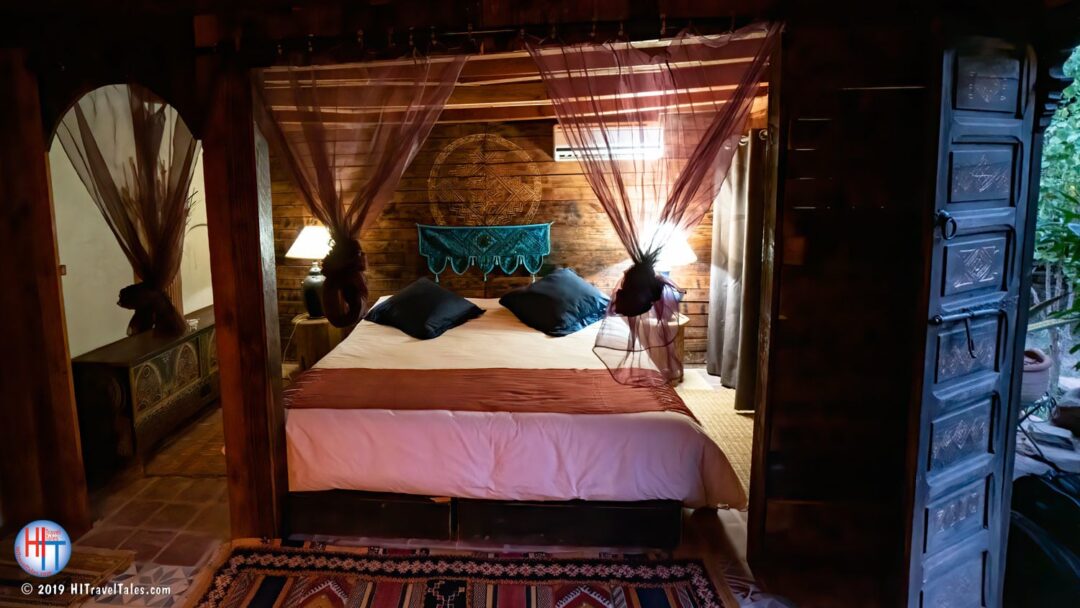 We took quick looks in several other of the rooms (thanks to one couple who allowed us in — image below) and got the distinct impression that the other cottages with smooth finished adobe walls, or in the apartment with more modern construction, were much cleaner and certainly much brighter. 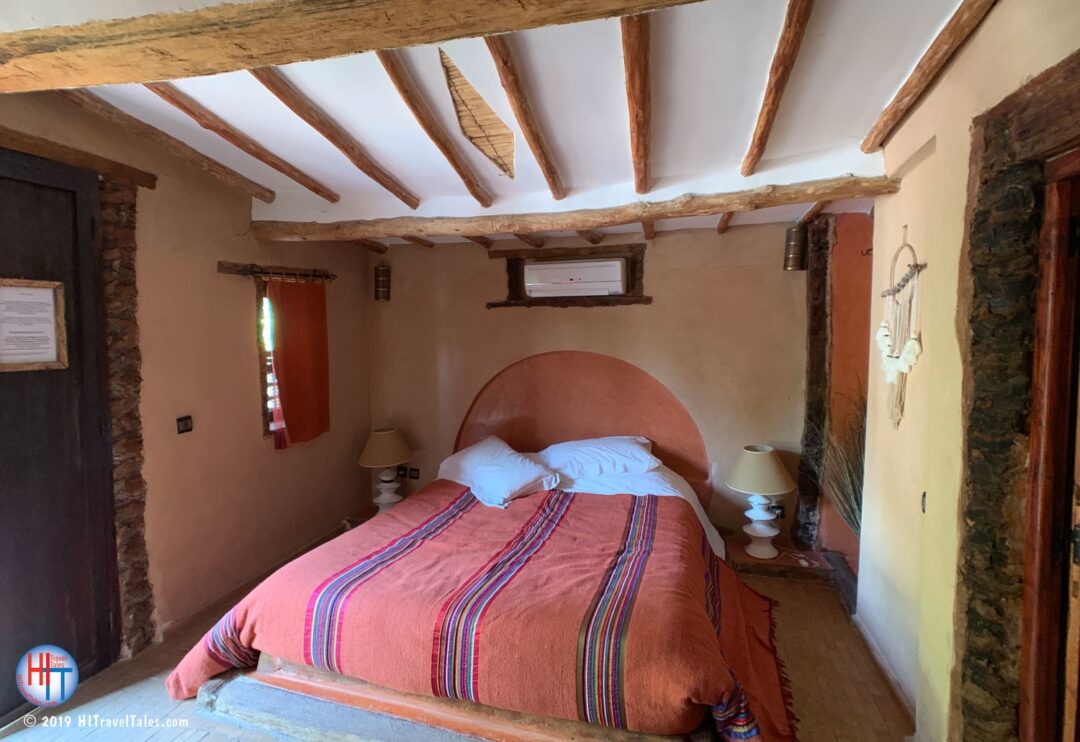 Also, unfortunately, our door didn’t close properly and had no handle on the inside, making it difficult to get out. We rigged a little pull cord (thank you Nite Ize Gear Tie – a small tool with a million uses) to be able to open our door from the inside without breaking nails or spraining fingers. 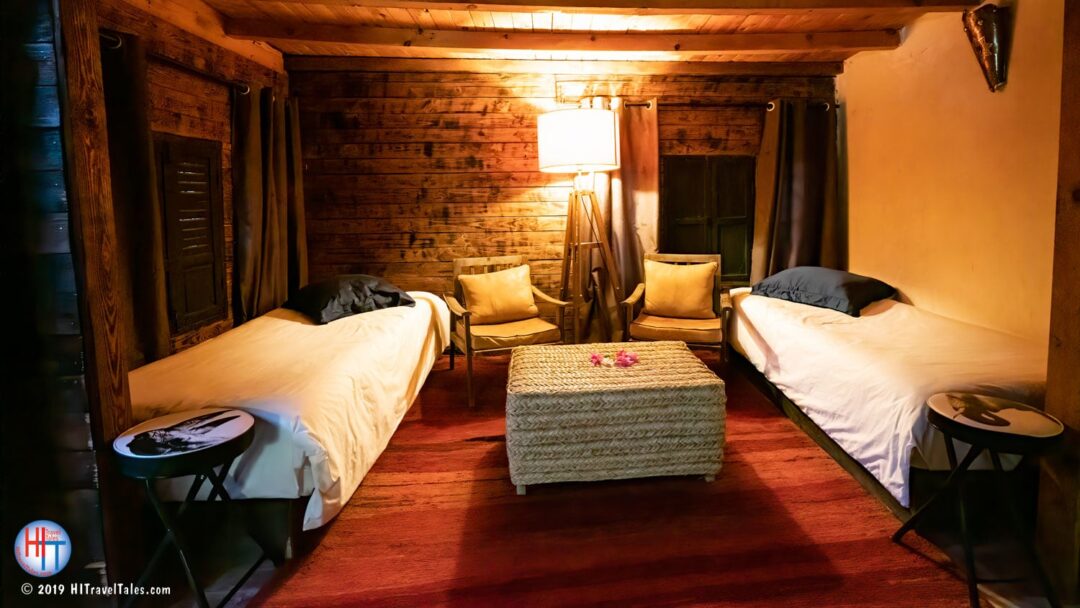 Meals are basic Moroccan fare (beef tagine or chicken tagine), but organic and hearty. Compared to similar meals we experience in Morocco, however, they are expensive — dinner costs 210 MAD per person for starter, main, dessert and tea, including a good quantity of fresh vegetables we were grateful for. NOTE: Be forewarned that water is NOT included. When your server brings that pretty glass bottle of fancy water and just starts pouring, ask how much it will cost before just drinking. You can of course bring your own bottle of tap water from your cottage instead. 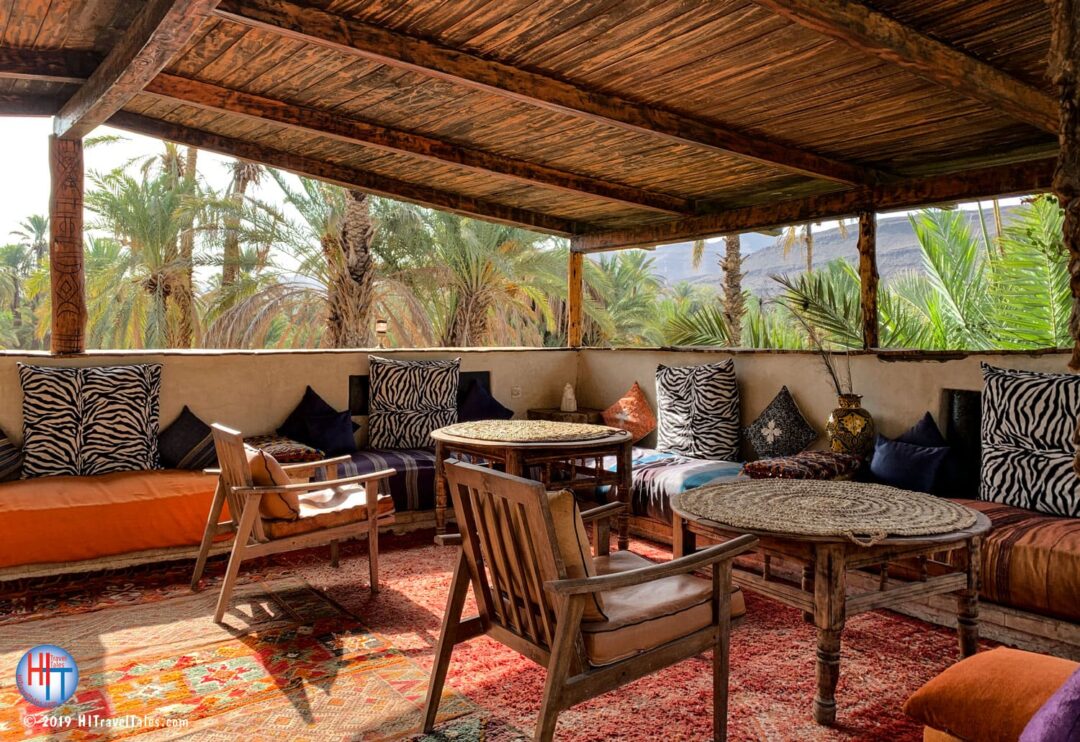 Bab el Oued Ecolodge, with a website almost exclusively in French and a staff that is most comfortable speaking French, does seem to cater most comfortably to French guests. Guests also tend not to dash in and out in a night or two (as we had to do), she says, but stay for four to seven days. Meaning her goal is to have guests settle in for a disconnected poolside vacation. Tamnougalt village is about five hours by car from Marrakesh, assuming no road construction or other delays.

Book your stay at Bab el Oued Ecolodge here. We use Booking.com to save you money, and by booking through this link, we earn a small commission too, which helps us out. 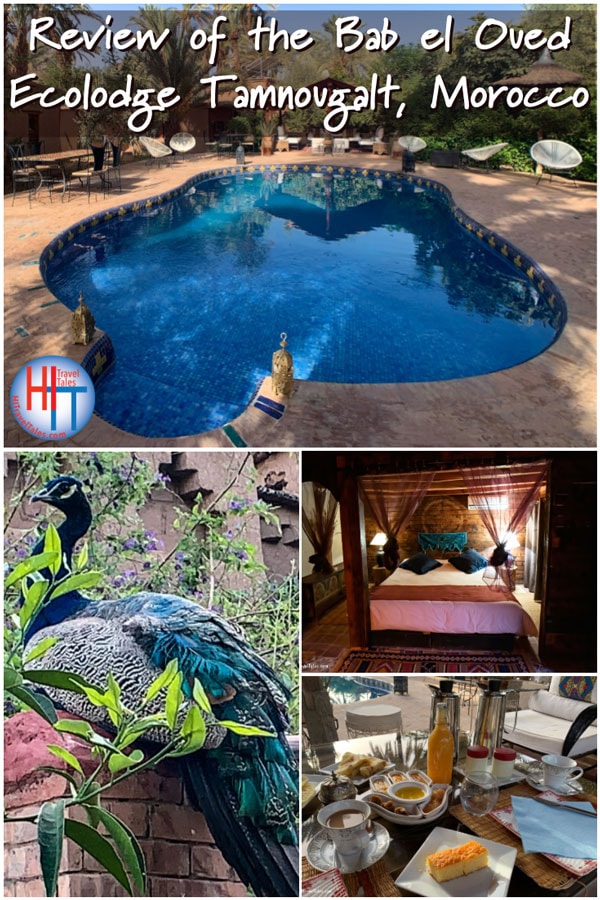 Disclosure: We received one comp night at the Bab el Oued Ecolodge. The review, opinions and ratings here are our own, and are not approved, provided, or otherwise endorsed or influenced by the hotel.​
We recommend planning your trip to Morocco with a reputable, local tour operator who will plan your lodging and riads precisely to suit your needs and will also ensure a place respects its staff, has ethical business practices, can get the best rates and rooms, and is safe as well as culturally authentic and charming. We have traveled to Morocco with Open Doors Morocco, owned and managed by U.S. citizen Nancy Lauer who splits her time between the United States and Morocco in running the company with her Moroccan business partners. We found the wealth of knowledge the team offered and its insights into the country, its culture and every hotel or riad to be indispensable.
Advertisement

OUR RATING Our hotel ratings will tell you what we think of an individual property and are not a comparison to other hotels in the area. They are valid at the time of our visit. Things can change, of course, but we hope not with properties we love! We frequently pay for our hotel stays and will disclose whenever we receive discounts or comped room nights as a part of a hotel stay. Our ratings are a percent, with 100% being perfect and 0% some place not even a rat would stay. We rate cleanliness and upkeep (e.g. dust on the windows, dirt under the beds, unclean bathroom fixtures, need of repairs or maintenance, etc.), comfort (e.g. taking into account quiet, how comfy the bed is, if there is a nice robe, a comfy chair, etc.), amenities (e.g. free parking, breakfast included, free Wi-Fi, free bikes, fitness gear, workout room, pool, etc. -- and are not fans of hotels who say they include things, but then charge a facilities fee!), location (e.g. how easy is it to get around by foot, bike, and car), and value (e.g. how much we feel we got in return for the amount charged). *Bab el Oued cleanliness rating is low because the cottage we stayed in was in disrepair and dirty. Other cottages we viewed while there appeared much cleaner and brighter inside but we can only rate a hotel on what we have personally experienced. 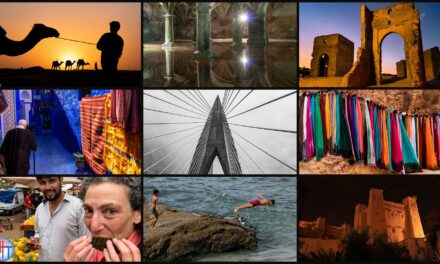 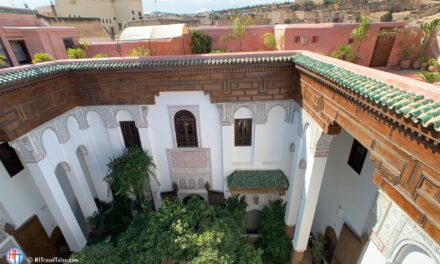 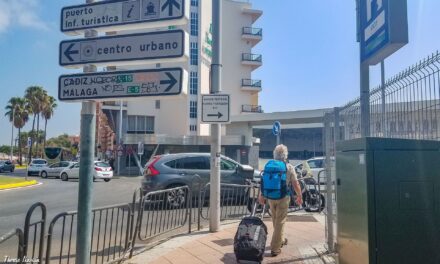 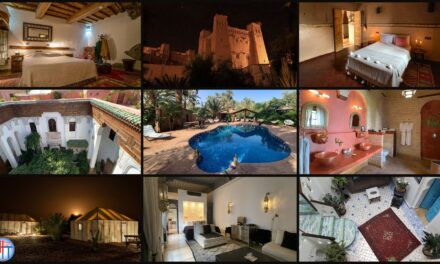