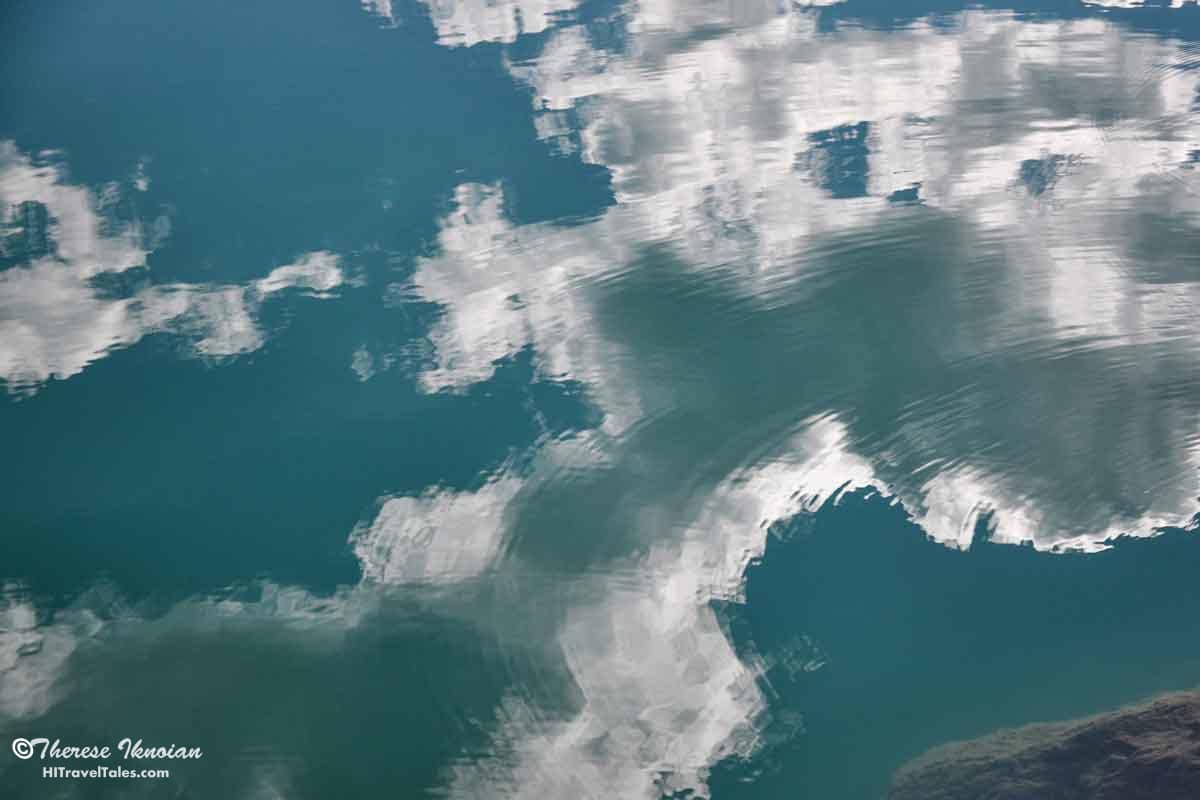 Taking the Rocky Mountaineer train on any one of its many possible journeys manages to showcase small towns and Canadian countryside, often from angles never seen before. Like in this seemingly simple photo of cloud reflections.

We took a Rocky Mountaineer trip eastbound from Vancouver to Banff via Kamloops, called the “First Passage to the West.” Then we drove up the Icefields Parkway to Jasper, where we returned on the journey called “Rainforest to Gold Rush” from Jasper via Quesnel and Whistler back to Vancouver. Along the way, you are awed by spectacular mountain peaks, expansive forests in multiple tones of green, and wildlife splashing in creeks beside the train. All spectacular. All making quite the “oooooo-worthy” photo.

The subject: We had boarded the train in Quesnel, a rather small and quaint homespun town smack in the central interior of British Columbia. We traveled westward toward Whistler – making a real contrast to small-town Quesnel with its trendy cafes, perfectly coiffed streetscapes and ski and mountain bike bums loitering over an espresso. And it is those kinds of contrasts you get to submerge yourself in for a day or more during a Rocky Mountaineer trip that also makes the journey so enjoyable.

The inspiration: Sometimes after ooo’ing and aaaahh’ing at majestic peaks you find yourself looking down, up, and sideways at the stuff in between. Not that you get bored with splendid sweeping scenery, but sometimes the bigness of it all makes you look for something smaller. We were getting closer to our destination for the evening in Whistler and passing glorious high-mountain lakes. But instead of shooting up and out at the mountains, I decided to shoot down at the unimaginably beautiful cloud reflections in the water, thus creating my own “feather canyons” as Joni Mitchell’s “Both Sides Now” song calls clouds.

Artist’s tools: My Nikon D90 served me well for many an adventure (I shoot a Sony mirrorless now), as did the 18-105mm lens f/3.5-5.6, both of which I got when I returned to photography after about 25 years! The range of this zoom was frankly perfect for the trip, allowing me to move quickly from landscapes to closer creeks and wildlife. The Rocky Mountaineer train moves too quickly to fiddle with changing lens or to juggle multiple cameras! And the train’s constant movement also makes photography quite the challenge. It was late afternoon in Western Canada on a late summer evening, far enough north to still have enough light to shoot these cloud reflections. I was set at 1/1250th of a second (to compensate for the train’s movement at f/5 (to grab a little extra light) with a focal length of 58mm. I also try to avoid over-processing so this has only the simplest of touches, as well as a little cropping. This was taken in August 2014. 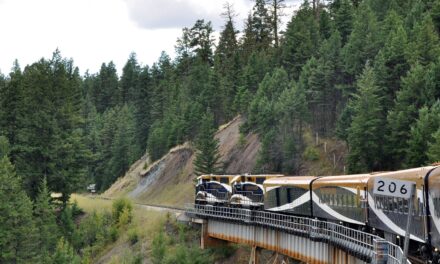 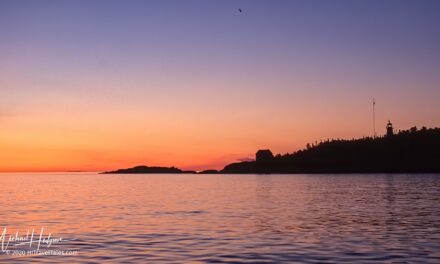 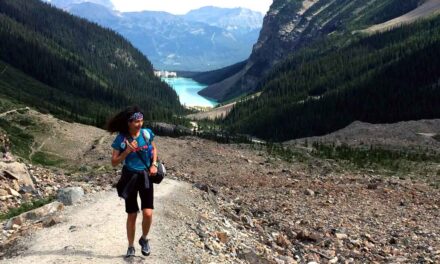 Where to run or walk during Rocky Mountaineer stops 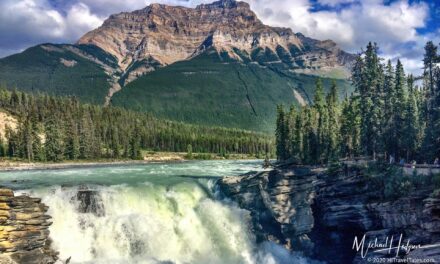 Icefields Parkway – Ten things to see between Banff and Jasper