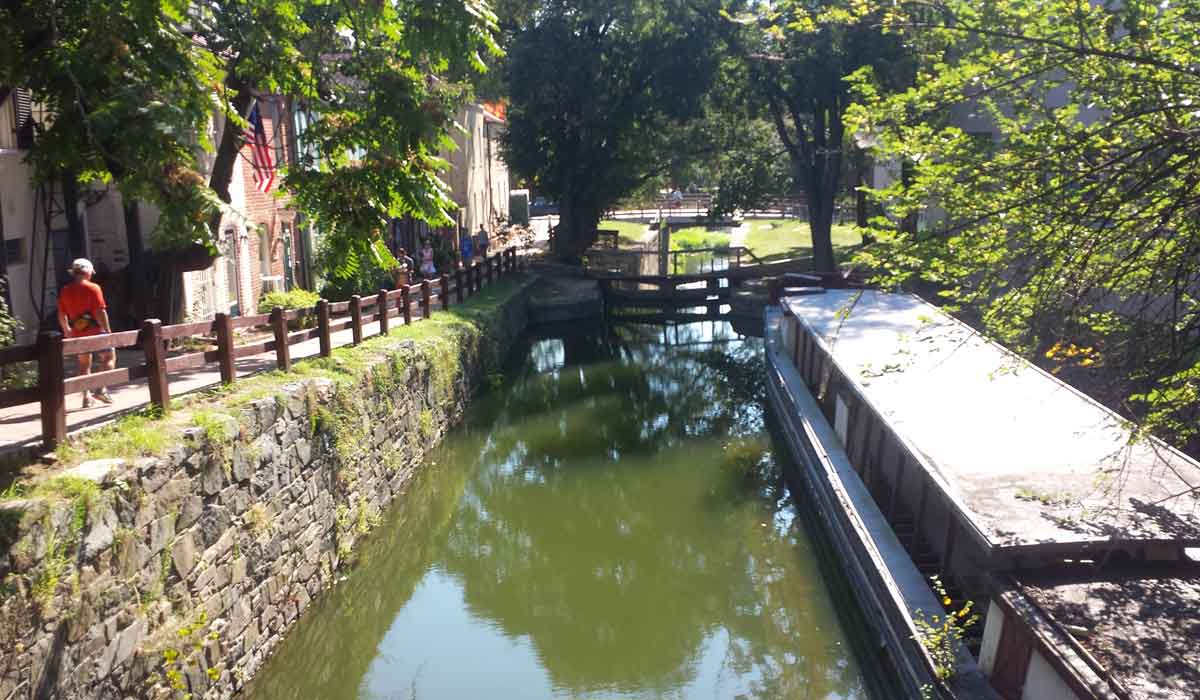 The C&O Canal in Washington, D.C, isn’t just a canal. It is a recreational wonder that threads 184.5 miles through cities and greenways along the Potomac River in Maryland, Virginia and D.C.

When you travel to a large urban area like D.C., finding someplace that doesn’t involve city streets to get a little exercise isn’t always easy. Beautifully, D.C. does have a lot of options, but they are often right in the middle of the tourist zones. The C&O Canal trail (short for Chesapeake & Ohio Canal) is an option for running, biking, walking or hiking that is ridiculously easy to access from central Washington, D.C. The canal, which is part of the National Park Service, takes you along a riverbank that feels pretty far away from the hustle and bustle of downtown. Mile 0 of the historic path is right in Georgetown, and then continues along the Potomac River.

The C&O Canal park is such a beloved jewel that there is a non-profit C&O Canal Association that was founded in 1954 to support, protect and promote it. Of course, it accepts donations to several funds that have been set up over the years to help in canal conservation.

One can connect to Mile 0 in Georgetown via other paths and trails on or near the Potomac River. We were staying in the George Washington University area and took a few blocks of city streets to the C&O towpath where it starts near Pennsylvania Ave and the Rock Creek and Potomac Parkway NW. (The feature image above is taken near the start of the trail).

HITT Tip: When booking hotels in any urban area, including Washington, D.C., if you like to run, walk or bike, sizing up a map before booking lodging can be helpful. Choosing someplace that is not all too far from trails, parks or greenways will help in any quest to get out for a little exercise. This is one reason why the GWU and Georgetown areas are among those that are convenient in Washington, D.C.

In Georgetown, you move along a quite busy segment of the C&O canal towpath, past locks and historic markers – sometimes making for a slow run since it is interesting and scenic. Click here for a National Park Service map of the first 17 miles. 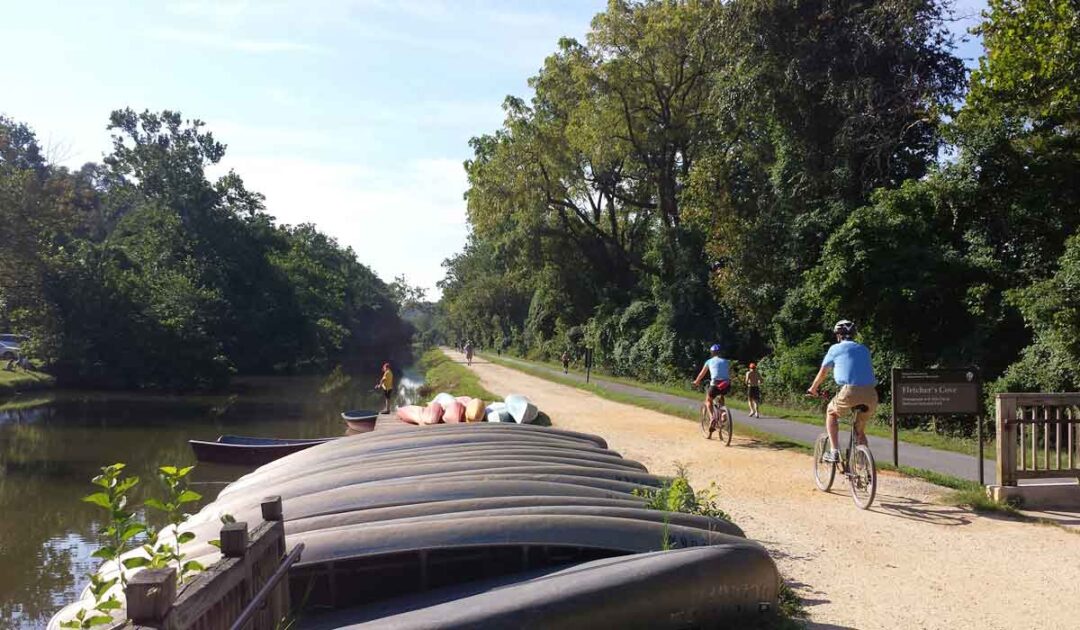 But if you are running, walking or biking more than just a few miles, you’ll soon find yourself in an area that feels quite far away from the urban tumult. If you don’t want to power yourself quite so far, there are quite a few access points along the way accessible by car and public transportation. Here is a good list from the C&O Canal Association that also has links to Google maps.

HITT Tip: For more detailed maps, go to this National Park Service page. At the bottom of the page, you’ll also find recreational guides and other walking and hiking maps not only for the Chesapeake & Ohio Canal, but other connecting trails (such as the Capital Crescent).

We are lucky this was not a park that was closed or limited during budget cutbacks a few years ago. Along the C&O canal there are visitors centers, bathrooms, water fountains, places to rent bikes and boats, and picnic and camping areas, not to mention great signage. In addition, the park site has links to endless amounts of information about the 150+-year-old canal, which was named U.S. National Historical Park in 1961. 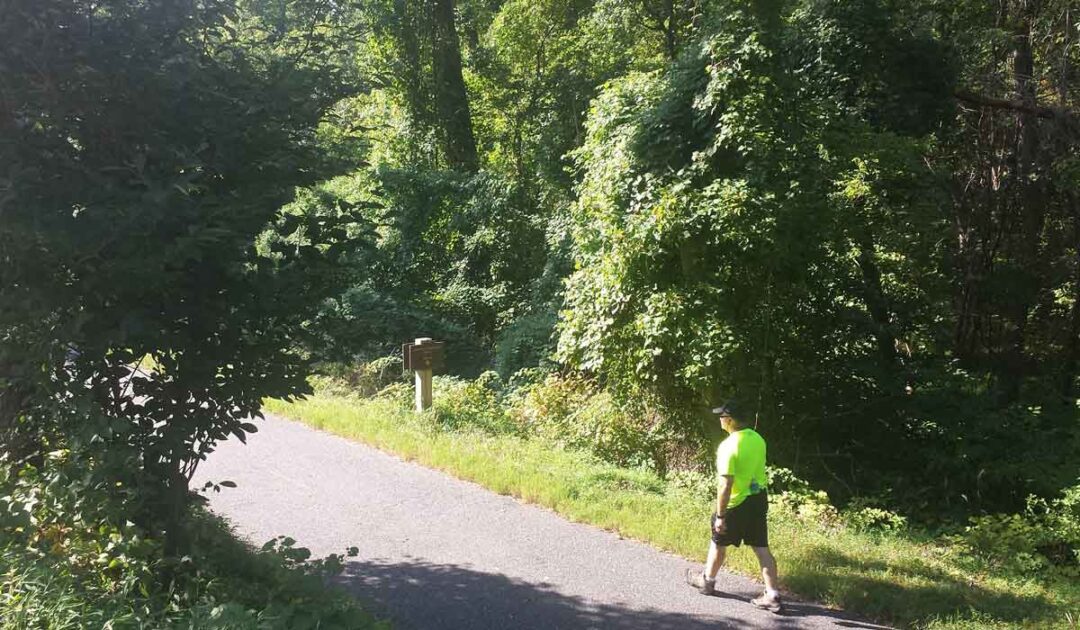 Want more? Cyclists and runners groups are very active in the area. Try Bike Washington, or The C&O Canal for bike-specific information, although much of it will be applicable to perambulating by foot too. In addition, for those who want even more, there is an annual 100-mile run along the Chesapeake & Ohio Canal, appropriately called the C&O Canal 100. 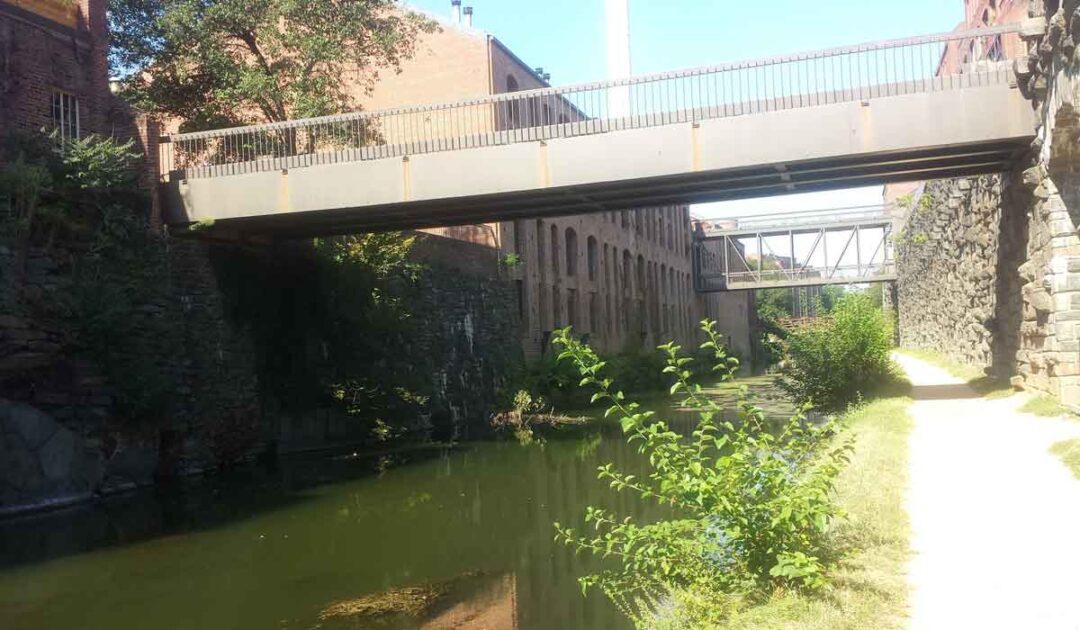 No matter what your reason for being in Washington, D.C., take a trek to the C&O canal to get some exercise, enjoy history, get a breath of air, or just to get away from bustling city streets.

HITT Tip: Check out our destination stories Six things to do in D.C. that many don’t but should, Newseum: must-see D.C. museum for news, politics & history buffs, 9 tips for a memorable visit to Arlington National Cemetery in D.C. and Make the most of a visit to Smithsonian’s African-American museum for more Washington D.C. traveling tips. In addition, the Washington, D.C., tourist information office has a complete website that can offer you tips and calendars about all kinds of things to do in D.C.


There is so much to see and do in Washington D.C! Use our travel map of Washington D.C., in tandem with our many articles like this one, to help you decide where to go, what to do next, and even find your way from one fantastic sight, restaurant or place to stay to the next.

Heads up! This information on the C&O Canal was accurate when we published it on HI Travel Tales, but, as we know, traveling is all about changes (and inflation, sadly). It is your sole responsibility to confirm prices, transportation schedules, hours of operation, safety and health considerations, and any other important details before your adventure. 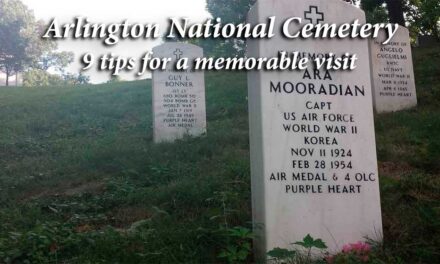 9 tips for a memorable visit to Arlington National Cemetery in D.C. 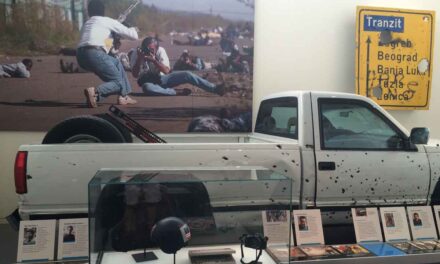 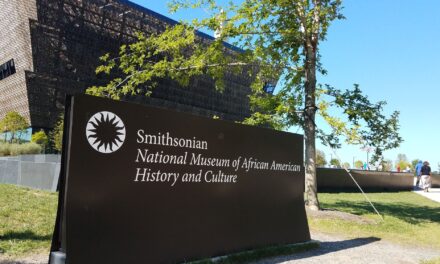 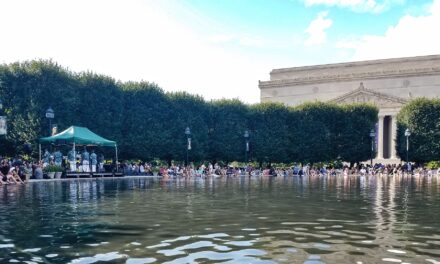