by Ed and Jennifer ColemanSep 13, 2018Florida 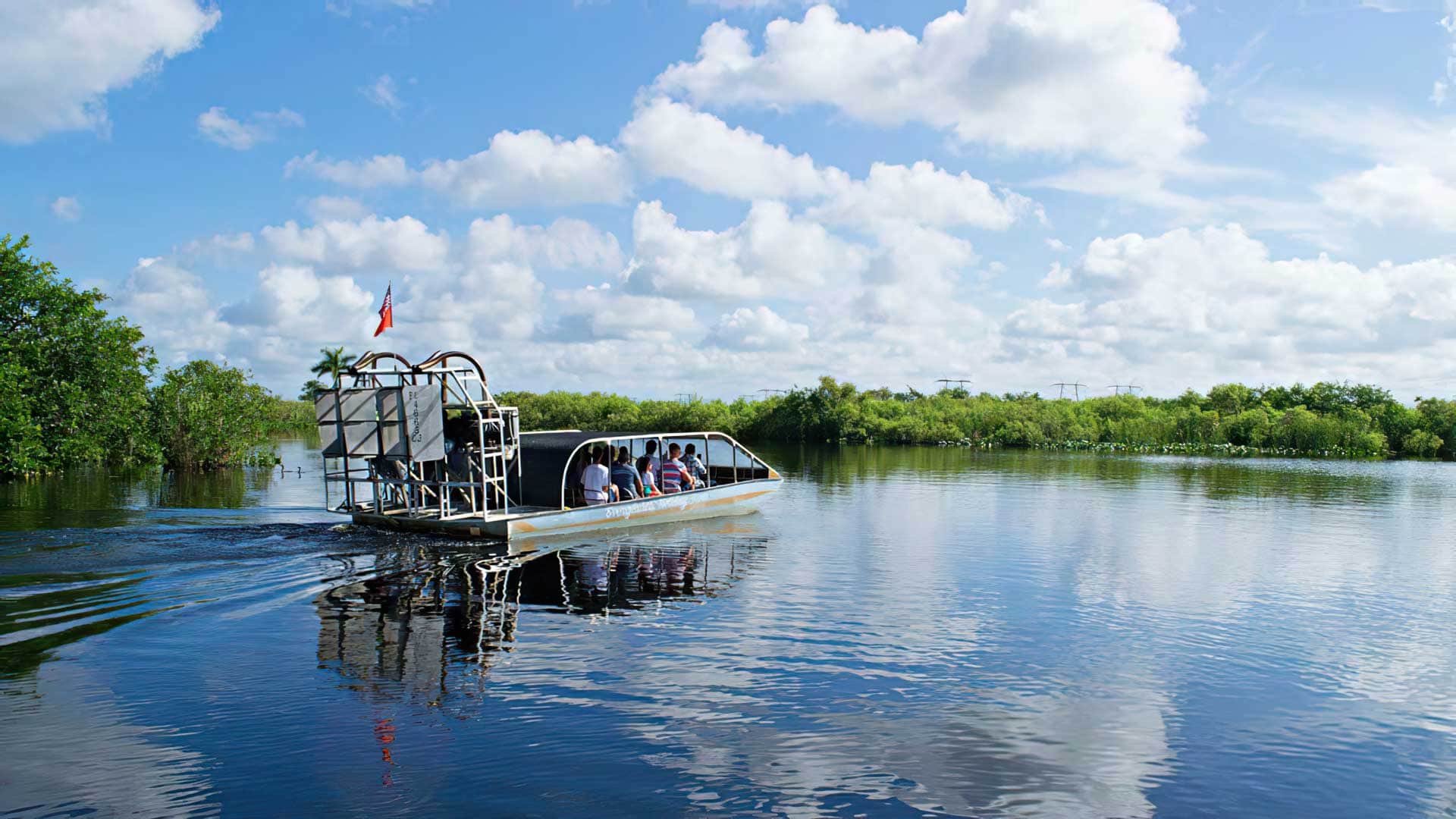 Believe it or not, there are amazing Florida adventures to be had that do not involve theme parks. You just have to know where to look, and that’s to the water.

We moved to Central Florida from the beaches of San Diego in 2017 for professional reasons. For Jenn, this was her first time living east of the Mississippi after a lifetime on the ski slopes of the West. I escaped the East Coast more than two decades ago to the wild deserts of Arizona, so I thought I knew what we were getting into.

Orlando’s theme parks create a saccharine version of reality — completely synthetic and too sweet to be real. Don’t get us wrong, they are magnificent, like Las Vegas for families, but the colors can be too bright, the lines too long, and any re-creation of a wild Florida adventure, simply too contrived.

We found ourselves longing for the wonder of an Arizona sunset or the thrill of skiing powder in the early morning light. Where could we find our peeps in this manicured adventureland? We found that answer in Florida’s 1,176 miles of shoreline, 30,000 lakes, 4,000 square miles of swamp, 11,000 miles of rivers and streams, 4,000 islands, and over 50 million gallons of spring water that bubbles up from the karst aquifer every day. Florida’s waters, once thought to be the fountain of youth, provided us a taste of Florida adventure and of the natural world we so desperately needed.

Before we even set foot in Florida, we booked a trip to swim with the manatees in Crystal River. Then, a severe cold snap hit Florida upon arrival. It snowed on the beaches of St. Petersburg, and the iguanas were falling from the trees back in Miami. 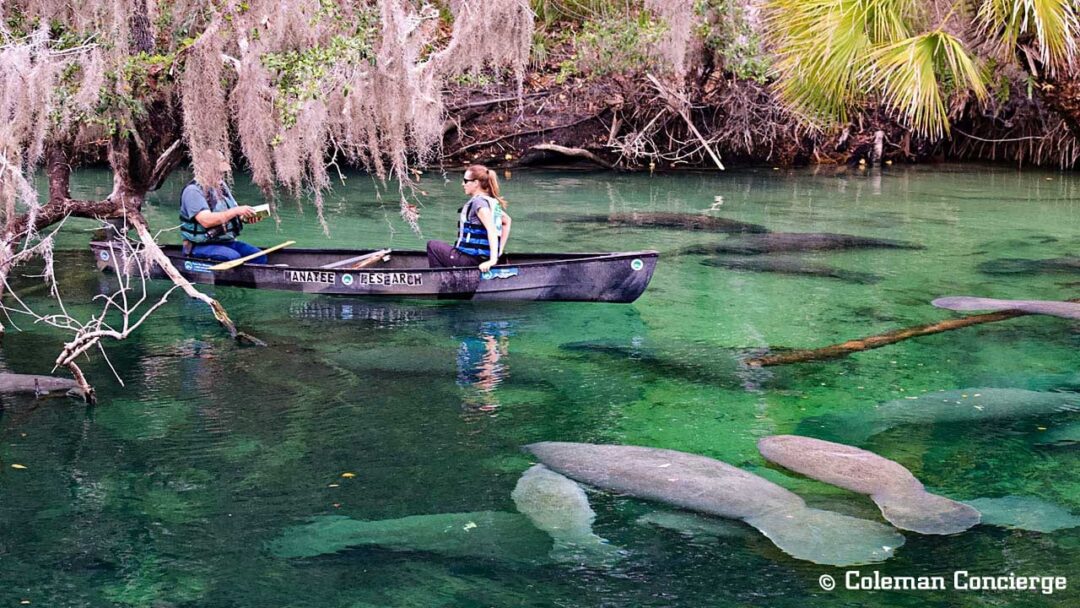 The cold weather also drove the manatees into every available springhead. In the spring run, Blue Springs in Orlando had over 400 of these magnificent creatures. Visiting the manatees in Blue Springs was our first experience with Florida springs, and we were hooked. We now seek out manatees wherever we go.

At the springs, we saw prehistoric fish and graceful manatees swimming in the crystal-clear water. Towering live oaks shaded the shores with Spanish moss-draped branches. Tropical plants lined the banks making it look like a life-size terrarium. 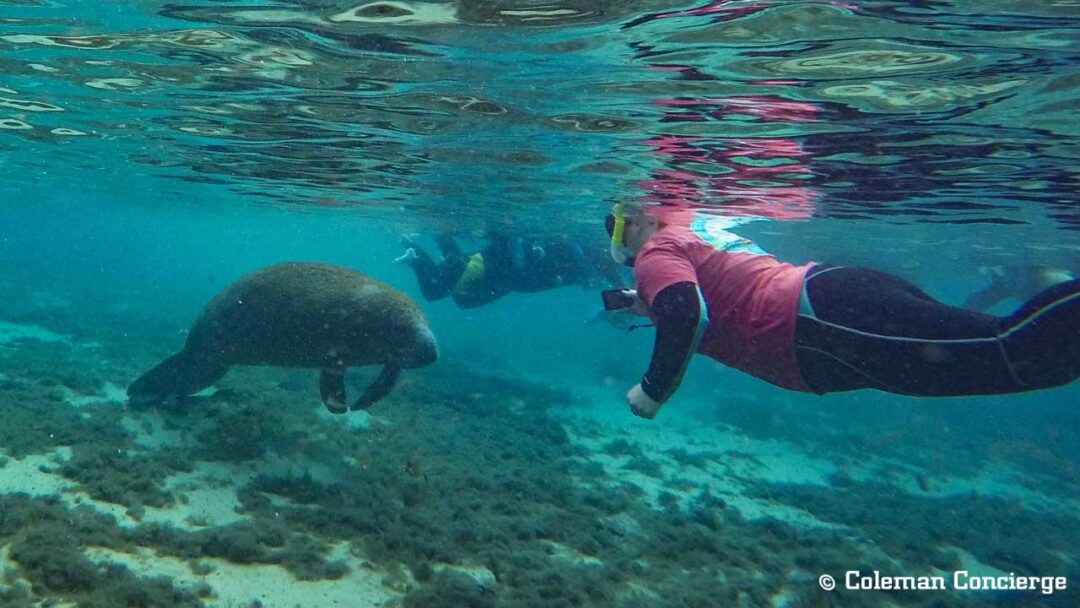 The weather warmed up before we made it to our snorkel day at Crystal River. Most of the manatees had returned to open water. Still, being in the water with the few of these beauties that stayed behind, thrilled us to the core. We already have plans to return during the depth of the Florida winter when the manatees gather at the springs.

Way down on the Suwannee River

I loved my youthful explorations of rivers in Ohio and couldn’t wait to revive that part of my life after my time in the desert. The mighty Suwanee didn’t disappoint.

The Suwanee drains the Okefenokee Swamp in Georgia and runs 246 river miles down through the state of Florida to the Gulf of Mexico. At about mile 177, in Big Shoals Park, the river drops over the remnants of a prehistoric shoreline to create Florida’s only Class III rapids. 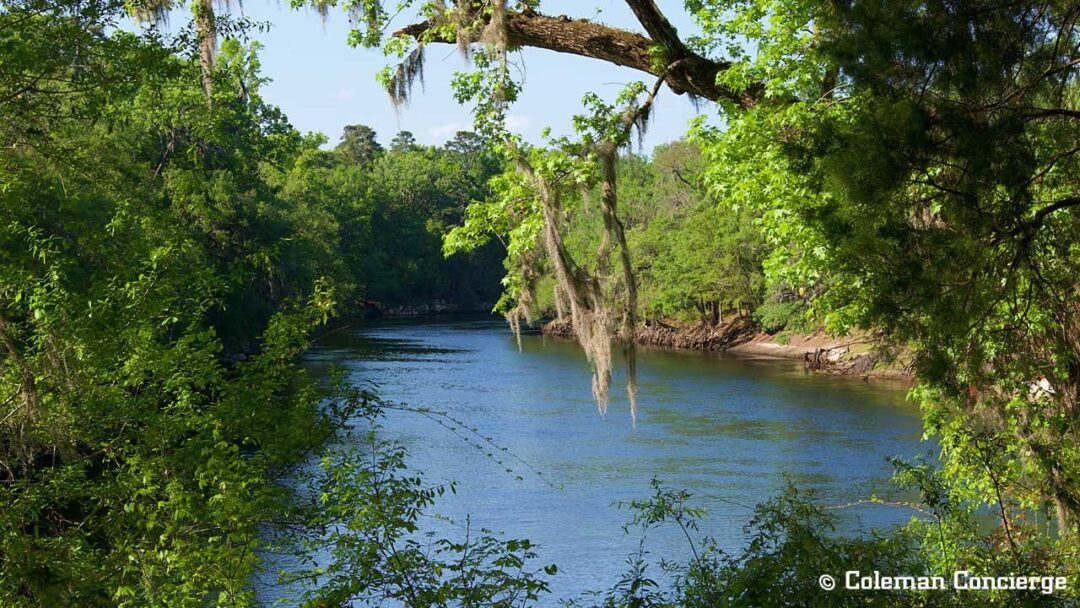 Below Big Shoals, the Suwanee gets designated as the Suwannee River Trail because it remains fully navigable until it reaches the gulf. The River Trail features nine hubs (designated recreational areas with accommodations and day-use facilities) and five remote river cabins to support the journey.

We got to explore the river trail first-hand in a weekend paddle and camping trip around Suwanee State Park (mile 128). The water carried us past spring heads bubbling up from the ground and bald cypress reaching down into the river for a drink.

Perhaps the strangest sights were the mullets. Before we came to Florida, I thought a mullet was the haircut of some Bubba. On the Suwanee, we found out the mullets and sturgeons are fish that jump out of the water and land with a loud splash that can be quite startling during the stillness of a paddle adventure.

Cruising the coast by kayak

Florida’s coastline creates a maze of mangroves sliced by waterways. Both coasts feature barrier islands. Some are close to shore and form a navigable inner coastal waterway. Others are farther out on the horizon creating a chain of “cays” (or keys).

Florida’s camping season ends when the temperature rises, and the mosquitos hatch. You almost need an RV to make it worthwhile, but to us that isn’t really camping. We found an opening online for cabin camping at Cayo Costa State Park and started making plans. 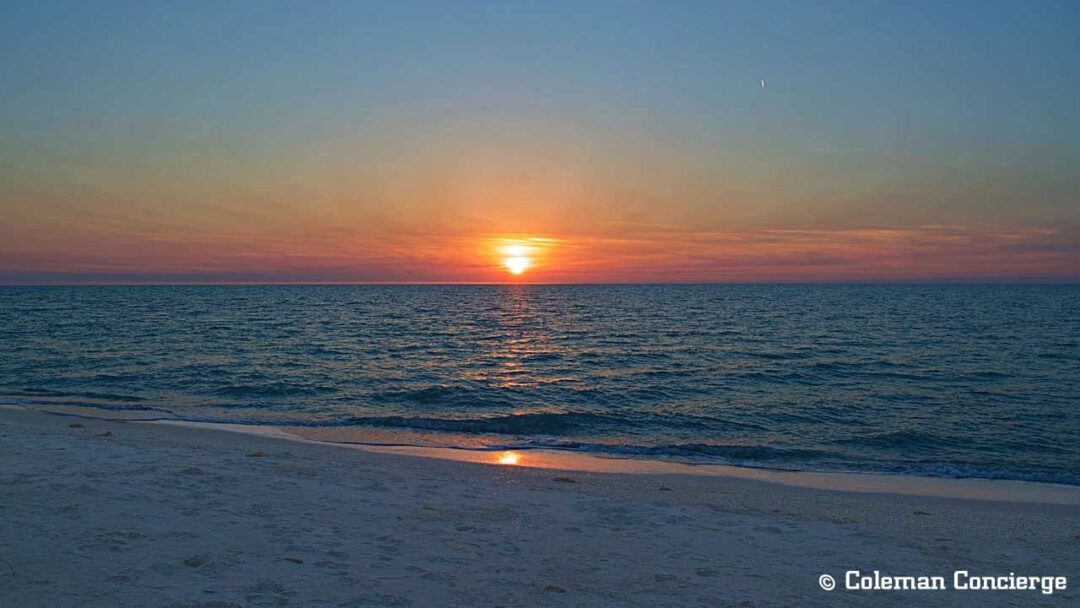 We took the ferry over from Pine Island because we had kids along and were able to take our kayak on the ferry. It is absolutely possible to launch a self-supported multi-day kayak trip too. It would be logistically easy with cabins at the park and the cheeseburgers available at Cabbage Key on the way out. Self-supported or ferrying over, having a boat on Cayo Costa makes this one of the Florida adventures that really sparkles. The absolute highlight for us was visiting the friendly manatees in a sheltered bay and exploring the multitude of nearby islands.

In late summer, we explored the Thousand Island region of the Banana River near Cocoa Beach. We took a night kayak through very tight mangrove tunnels looking for bioluminescent plankton. Usually, this time of year these little critters glow blue around your kayak as it cruises through the water. Unfortunately, the 2018 red tide blooms were wreaking havoc with the bioluminescence. Even without the otherworldly glow, we still enjoyed exploring mangrove tunnels so tight they rubbed both sides of the boat and forced us to duck. Luckily, the huge striped Banana Spiders aren’t active at night — at least that is what we kept telling ourselves. We’ll keep braving the possibility of spiders until luck rewards us with the blue sparkle of bioluminescence gleaning off our paddle blades.

I learned to scuba dive on shipwrecks in the cold dark waters of San Diego. But “wreck diving” in Florida is pure pleasure.

Wreck Alley in San Diego features four wrecks: Ruby E, Yukon, El Rey, and NOSC Tower. Fort Lauderdale has over 50 wrecks that scuba divers routinely explore, with dozens more off the shores of neighboring Palm Beach and Miami. No wonder Fort Lauderdale is known as the “Wreck Capital,” either of Florida, North America or the world, depending on who’s talking. 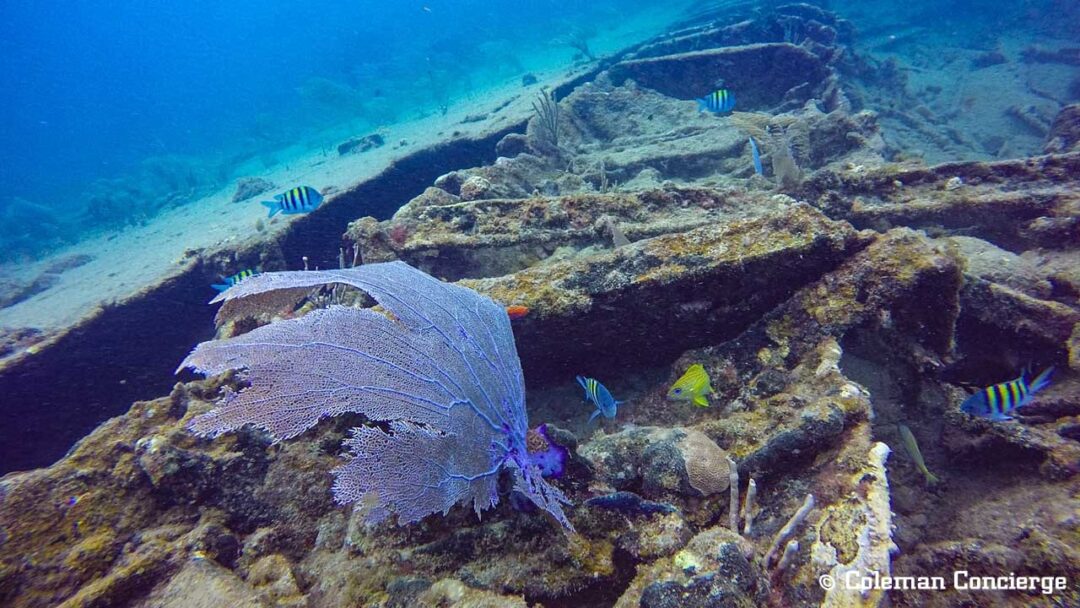 So far, we’ve managed to dive on five wrecks and explore three coral reefs. The warm water and fantastic visibility make diving a joy. We love finding tropical fish and even a sea turtle or two. I could never get Jenn interested in diving in San Diego, but I can’t keep her out of the water in Florida. 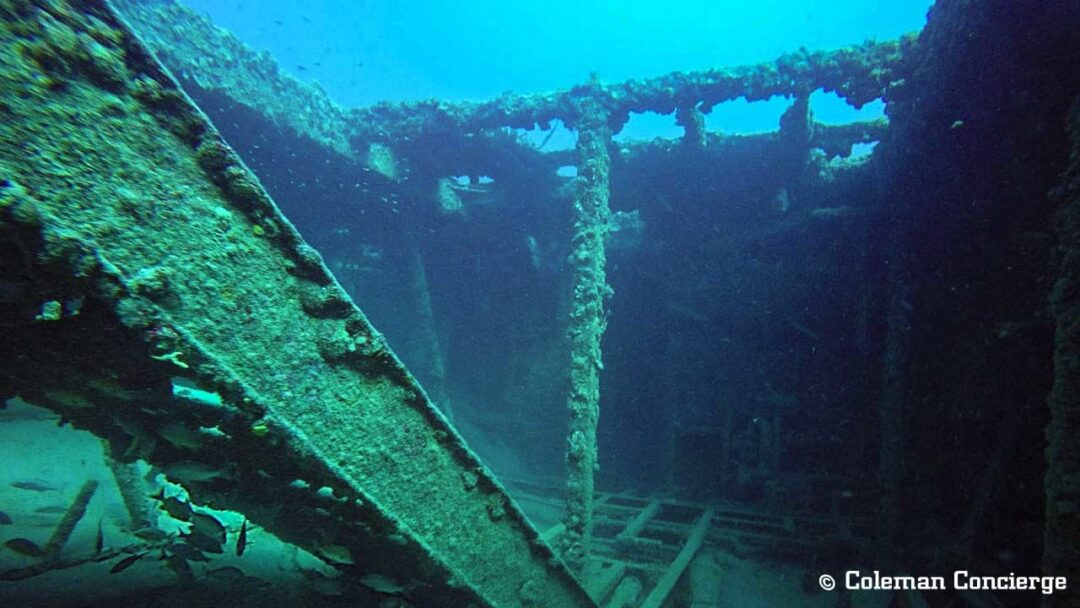 There are more wrecks and reefs to explore around Fort Lauderdale, of course, but we’ve already got our eyes set on exploring the tropical corals of the Keys, diving the clear waters of the springs (Florida cavern diving is for real!), and exploring the Rainbow River just north of Tampa Bay. And we simply have to dive the world’s largest artificial reef, created by the scuttling of the USS Oriskany (an Essex Class aircraft carrier) just off the Florida Panhandle. 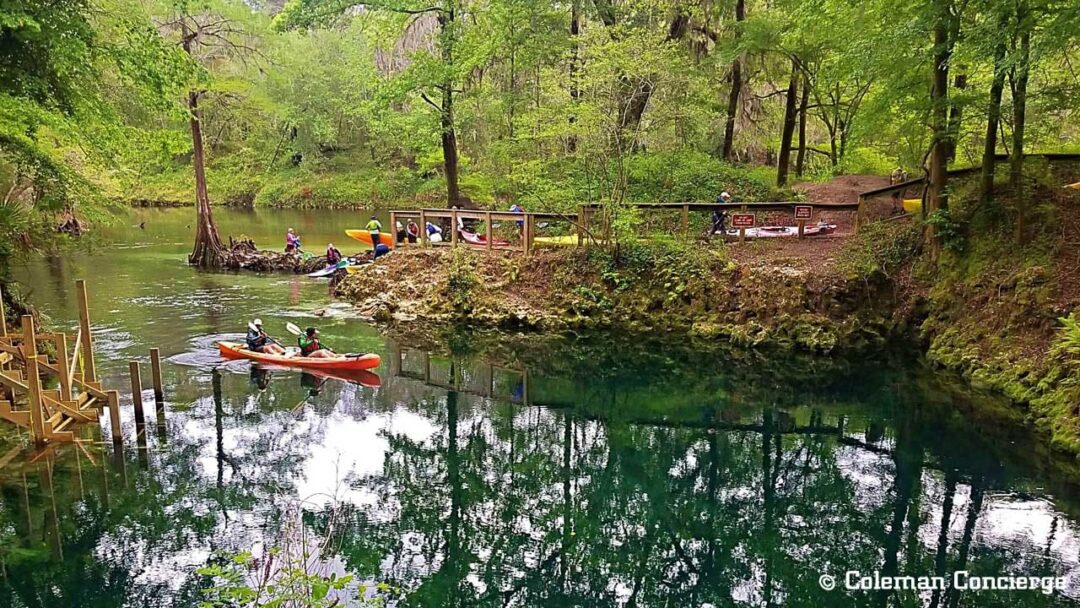 Recognized as one of the best swimming holes in the United States, Madison Blue Springs is also known for its cave diving.

Swamps get a bad rap. Murky, dark, mosquito-infested, smelly, brackish water-filled wastelands. In reality, swamps are beautifully untamed and utterly foreign to urban life. There is no better place to find wild Florida than deep inside the mighty Everglades. 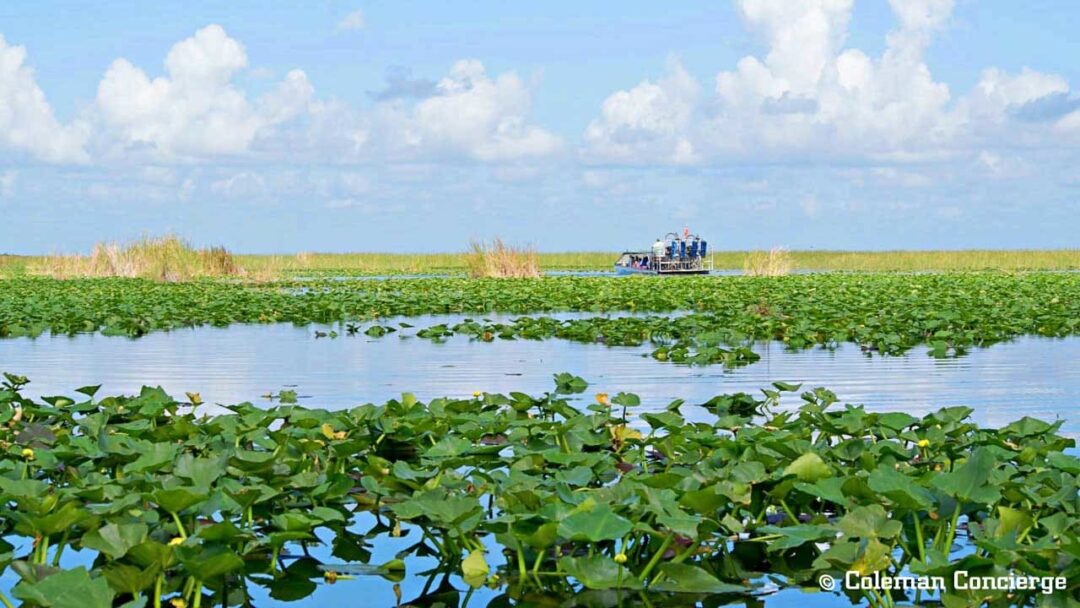 We just poked our toes into the dark waters on an airboat tour, but we can’t wait to get back and explore more of this wilderness. We are planning our return when the nights cool down, and the mosquitoes die off. Boating the backcountry seems like the Florida equivalent of dropping below the rim of the Grand Canyon. Millions of people look out from the observation deck but few venture in. What’s more, I wouldn’t expect to see another soul in the trackless waterways of the Everglades, unlike at the restaurant and ranger show that waits for you down at Phantom Ranch. 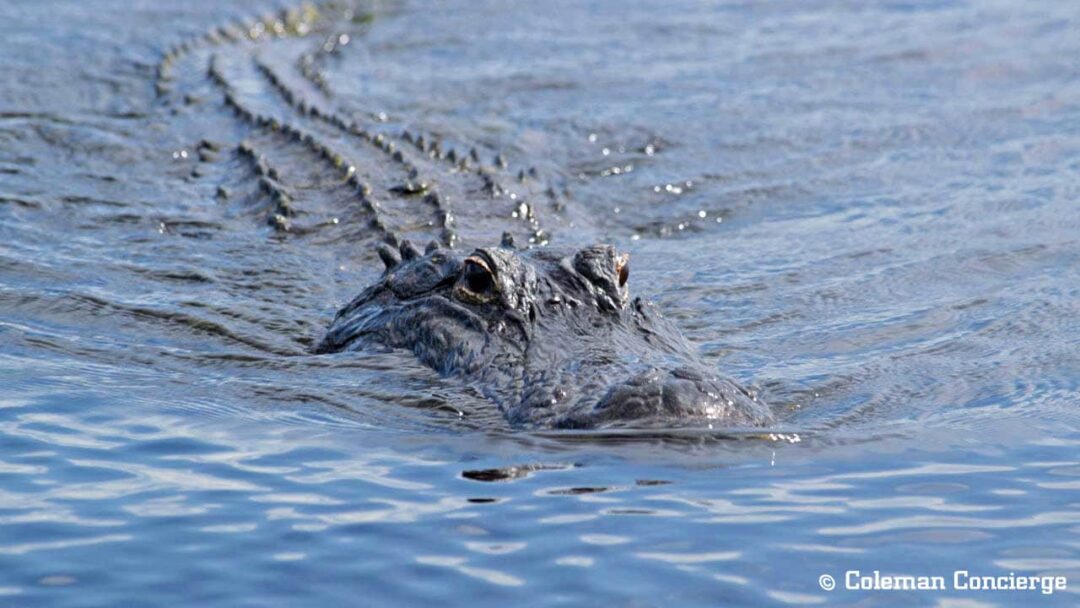 Scientists recognize the Everglades as a World Heritage Site, International Biosphere Reserve, and a Ramsar Wetland of International Importance. It is also a specially protected area under the Cartagena Treaty.

Ruminating on Florida adventures found in the water

Sometimes I feel like a stranger in a strange land here in Florida. My house sits about halfway between the “Holy Land Experience” Christian theme park (with hourly crucifixion shows) and Disney’s Magic Kingdom (with everything else). But the more I look, the more I realize that beautiful nature surrounds me. You only have to open your mind and look away from the city lights and theme park noise to see the wild Florida we are growing to love. It’s in the water all around us.

Discover more things to do in Florida 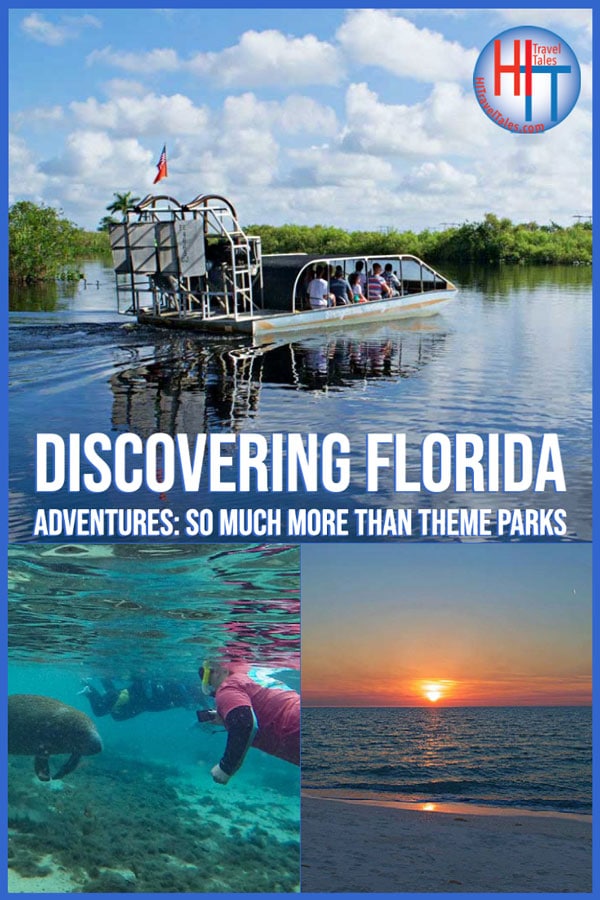 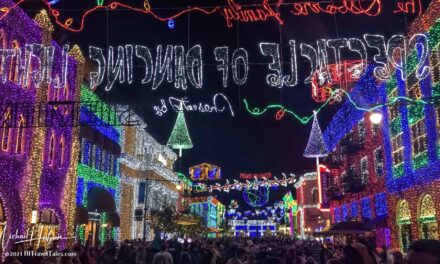 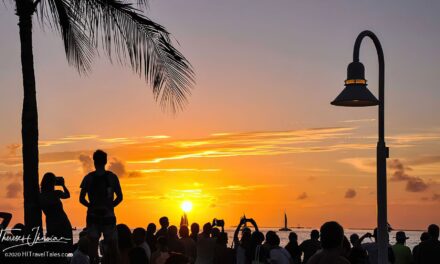 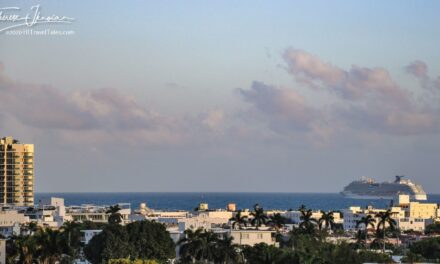 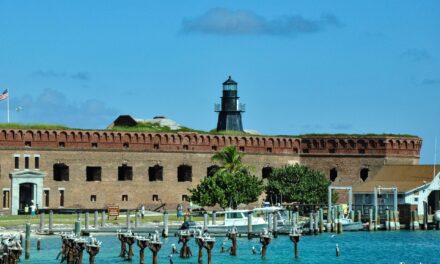