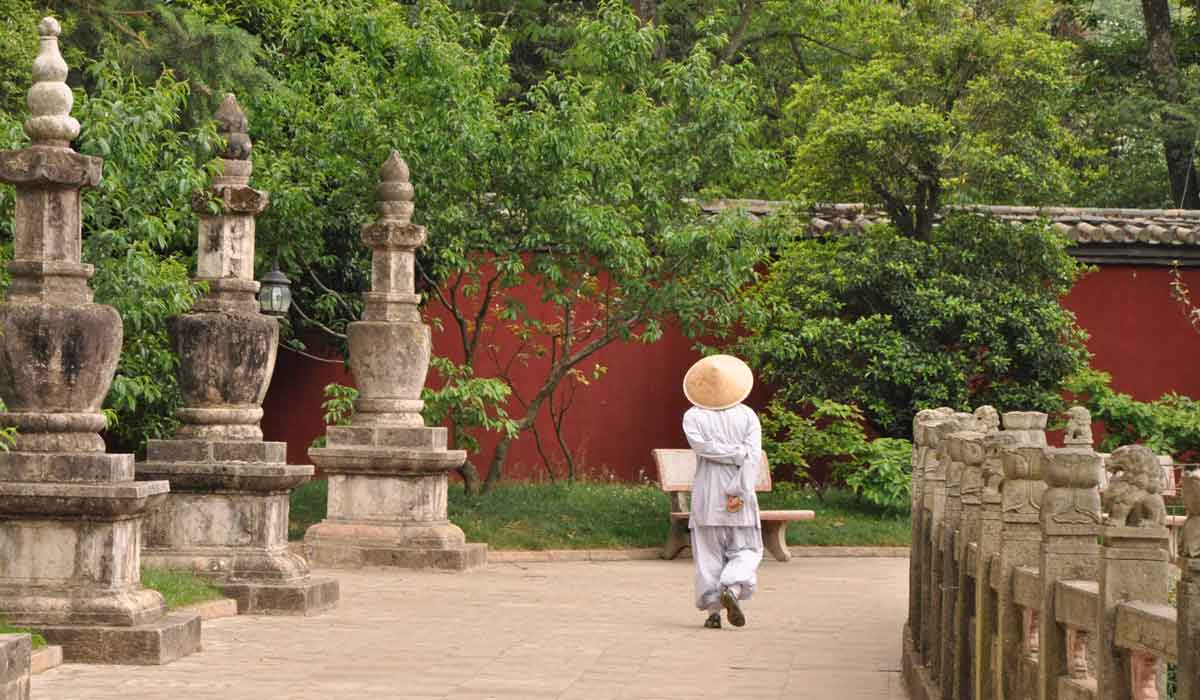 Kunming, in the far southwestern Yunnan Province of China, has innumerable temples, including Huating Temple – what Chinese city doesn’t? From Buddhist to Taoist, to ones in the hills and on the cliffs at Dragon Gate in the Western Hills Park to serene escapes in the city (e.g. Yuantong), you could spend many years visiting them all.

There is a limit to temple photos one can take. Yes, they are jaw-dropping and awe-inspiring, but walls, candles, bells and etchings are just so … stationery. Sometimes, you just need people in a photo. But at a temple it’s not always possible since often the monks are behind closed doors, in prayer, or don’t want to be photographed.

The subject: The Huating Temple in Kunming’s Western Hills Xishan Park, on the road to Dragon Gate. The temple as it appears today was built in 1320 and, in contrast to most temples, it faces east not south. In the courtyard is a large pool of water – the Eight Merit Pool – with a bridge crossing over one part of it.

The inspiration: On our daylong adventure to get to Dragon Gate, we climbed steep stairs and ventured into caves and small temples – what a worthwhile trek! At our last stop at the end of the day at Huating Temple, I ambled silently around the pond. It was very quiet, I felt peaceful, and no tourists were in sight since it was only minutes before 5 p.m. when the gates would close. Suddenly, I spied a monk doing a couple of laps around the pond – clutching his prayer beads behind his back with his athletic shoes peeping out under his pants. I was not in the best position and he wasn’t exactly waiting for me to get into one. I scrambled to get two shots before he rounded the bend. I waited, hoping he’d take another lap, but no such luck. He was gone. Fortunately, both shots weren’t bad, with this one being the best.

Artist’s tools: My Nikon D90 still serves me well for many an adventure, as does the 18-105mm lens f/3.5-5.6, both of which I got when I returned to photography after about 25 years! What I like about this focal length on a lens is its ability to capture almost everything for me without fiddling with changing lens or being draped with several cameras with different lenses. I’m a simple photographer like that. I was set at a 1/160th of second at f/13 with a focal length of 105mm. I also try to avoid over-processing so this has only the simplest of touches; in this case, however, my meandering Huating Temple monk hit a perfect spot but there was a stone bench behind him. That had to go, as you can see in the original, totally untouched photo below. This was taken in April 2016.

Wondering what else to do in Kunming?

For more things to do in and around Kunming, we have an excellent number of articles including the Top 6 things to do in Kunming, China, plus Stone Forest in Yunnan great day trip from Kunming, Visit Dragon Gate in Western Hills Xishan Park outside Kunming, and Yuantong Temple watercolor inspired by tranquility. 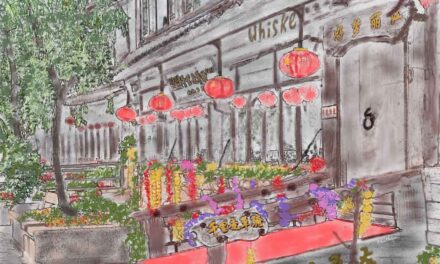 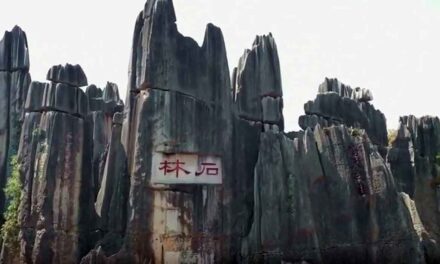 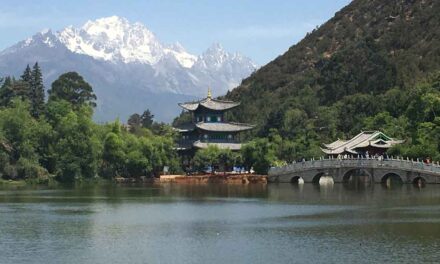 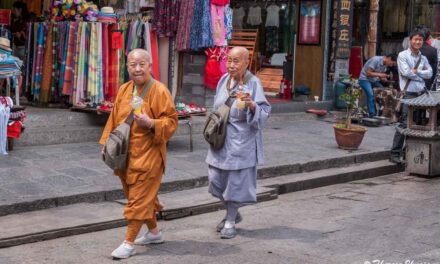