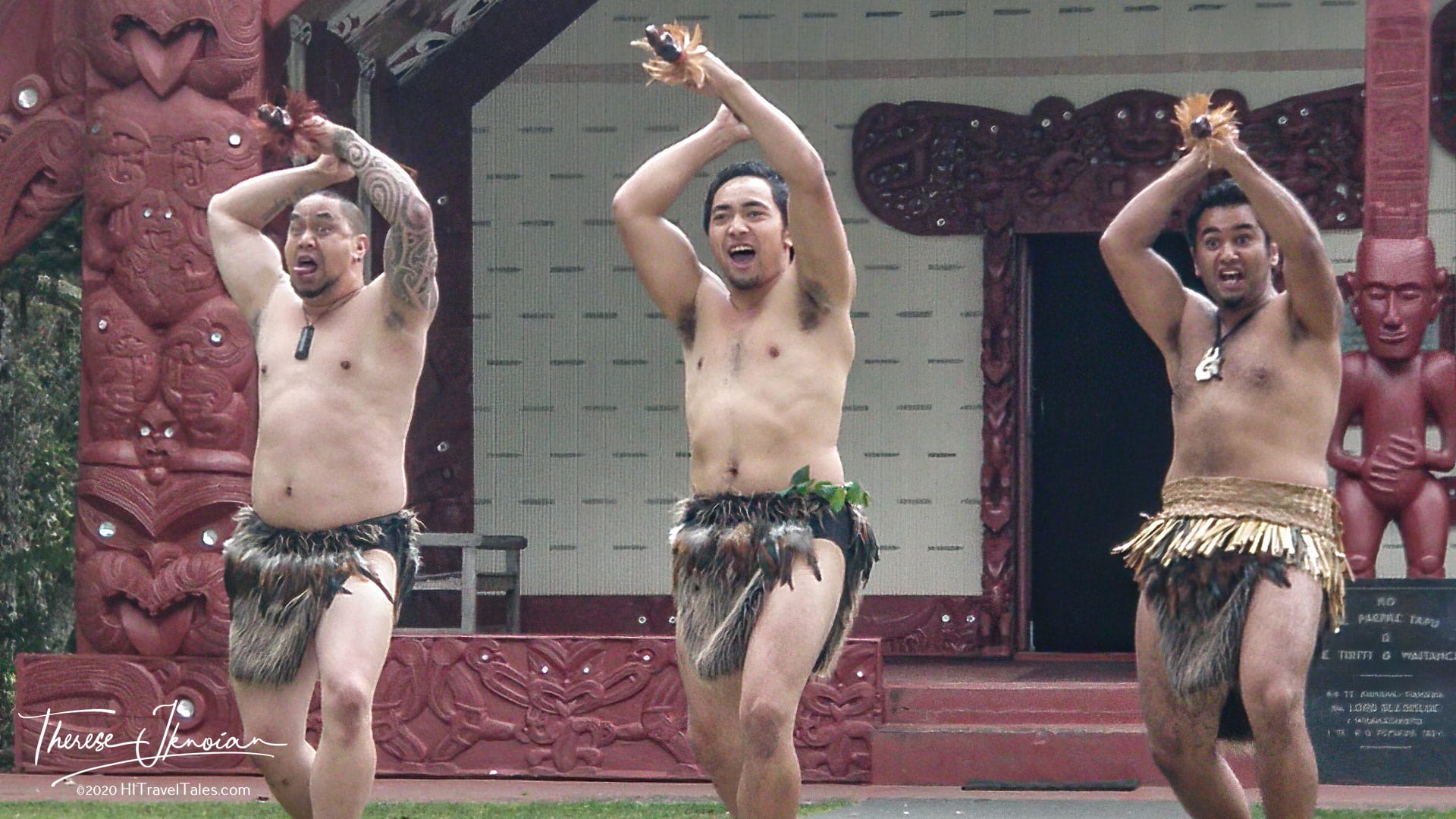 Near the town of Paihia and located approximately 60 kilometers north of Whangarei in the Bay of Islands on the North Island of New Zealand is the Waitangi Treaty Grounds. Any visit to New Zealand’s northern reaches should include a trip to see this significant historical landmark and memorial site. This is in fact the place where Māori chiefs first signed their accord with the British Crown in 1840. That document, the Treaty of Waitangi, was New Zealand’s founding document. 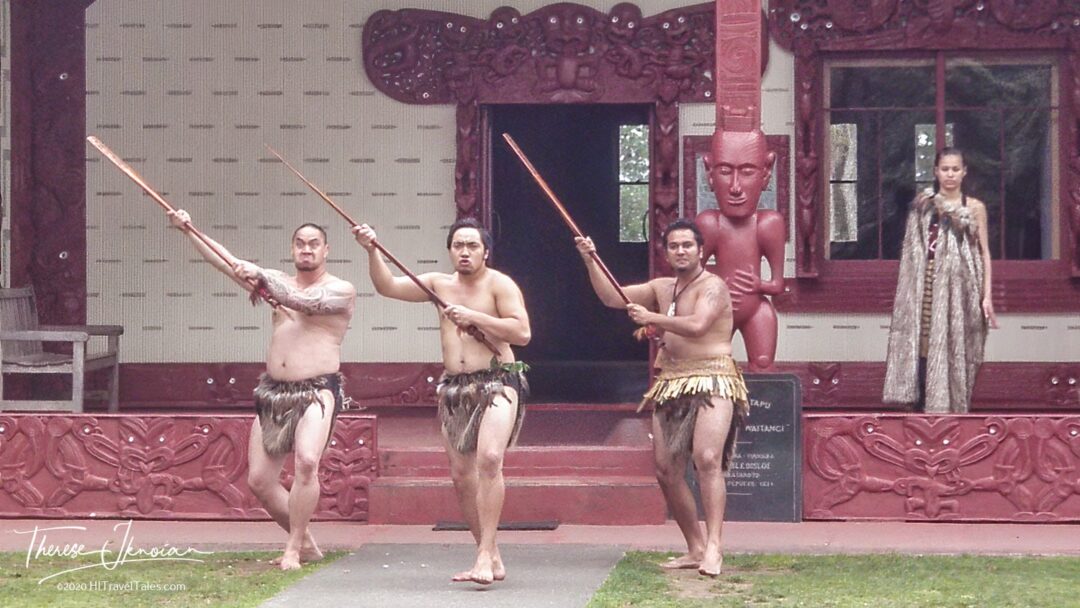 On our visit to the Waitangi Treaty Grounds on a November trip down under, we enjoyed wandering around the beautifully landscaped grounds that reached down to the Pacific Ocean. Upon arrival, you need to pay an entry fee of $25 NZD. We would highly recommend opting for the Ultimate Combo admission ticket (we know, sounds like a theme park, but it’s not) that runs $40 NZD. May sound like a lot at first whiff, but that includes your entry ticket, a 50-minute guided walking tour with historical talks, and a cultural performance by Maori dancers at the meeting center (stick games, performing with Māori weapons, and seeing the famous haka are all part of the fun). If you are going as a family, children under 18 are free when accompanied by a parent, which helps save a few shekels. Don’t shy at the price because you can spend all day there, and the historical lessons and performances are fully worth every cent. 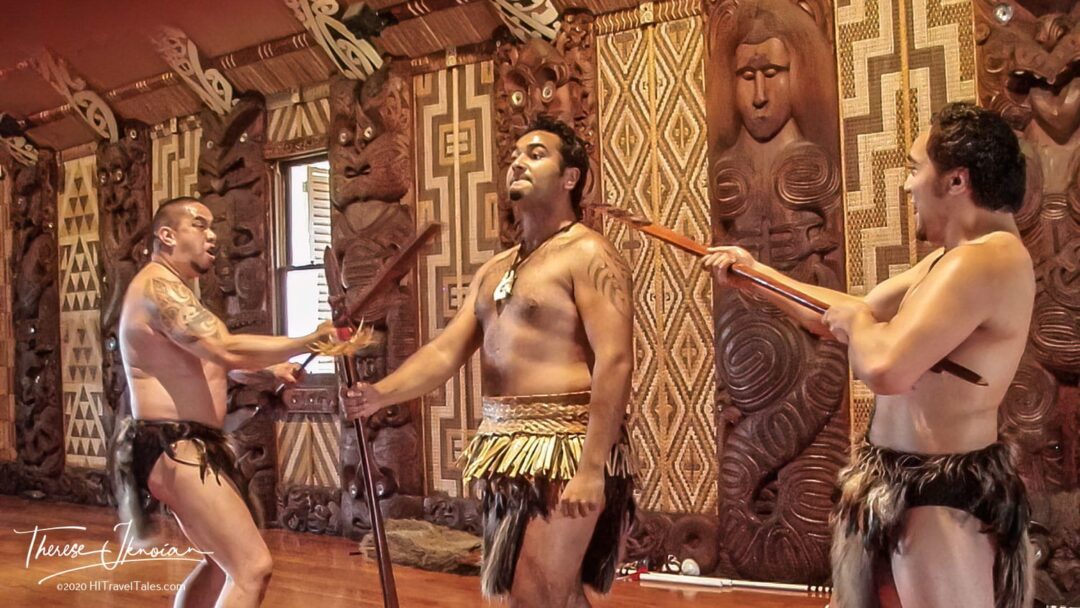 HITT Tip: The grounds are only 2 kilometers (1.25 miles) north of Paihia so a doable walk. But buses didn’t run on this road during our visit so consider a cab for tired feet too.

In the visitor center be sure to take time to first view the introductory film that lasts about 20 minutes. It will set the stage for all you see during your visit. The carved Meeting House, which is where the cultural performances are held, is truly magnificent. As is what is billed as the world’s largest ceremonial war canoe. 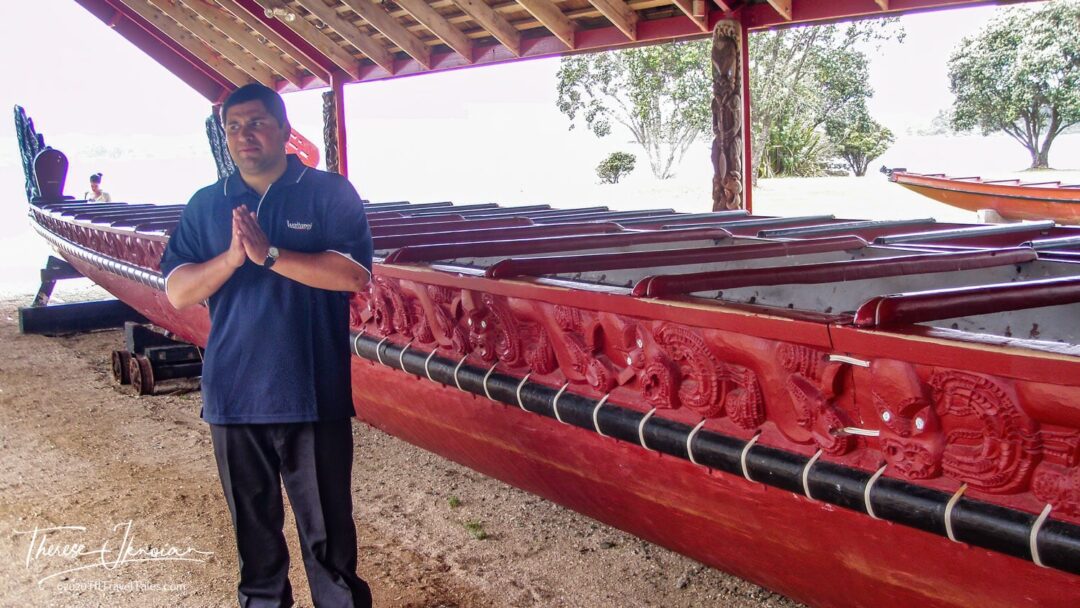 We especially enjoyed the tour with our guide, a Maori local who told us many of the guides working for the Waitangi Treaty Grounds have a very personal connection to the area as they are descendants of those to first signed the treaty. He really made the place come alive for us, even on a somewhat gloomy and cloudy day.

Be sure to leave yourself plenty of time to wander the paths of the Waitangi Treaty Grounds that wind through the rolling terrain in one of New Zealand’s many beautiful regions. The grounds are part of the Waitangi National Trust Estate which include hiking trails too, including to Hararu Falls and other treats. If you are lucky, and the day is clear, you’ll enjoy panoramic views of the Bay of Islands. 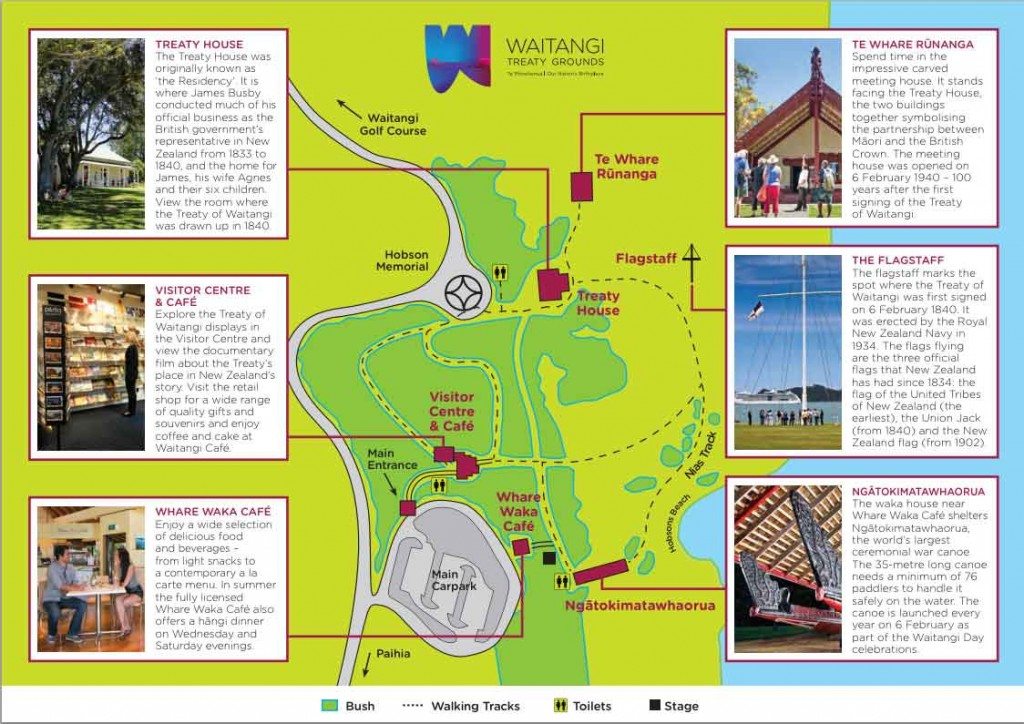 HITT Tip: Time your visit well. The Ultimate Combo works best if you plan your arrival and departure to match the schedule of tours. Guided tours depart hourly between 10 a.m. and 4 p.m. daily all year, and you’ll want to see the film first. A tour lasts approximately 50 minutes. The Cultural Performance lasts approximately 35 minutes and runs only two to four times a day, depending on the season. Treaty Grounds hours are also longer in the high season of January and February. Check the website for up-to-date information. 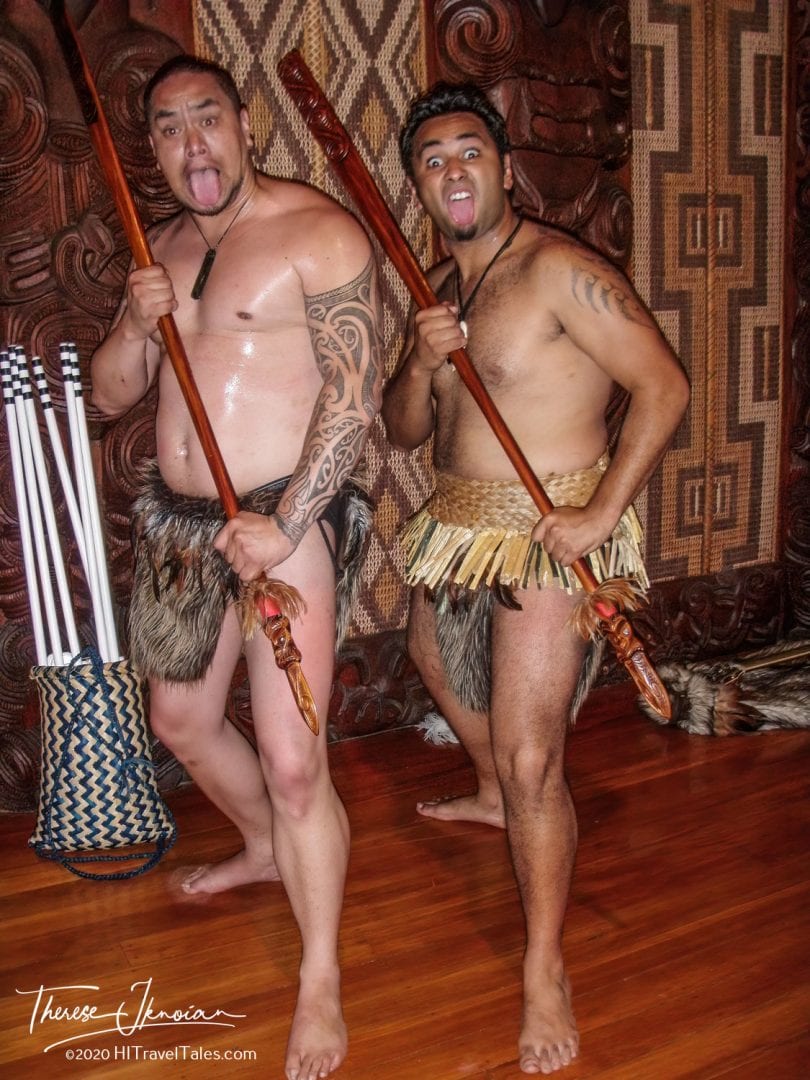 Discover more things to do near the Waitangi Treaty Grounds 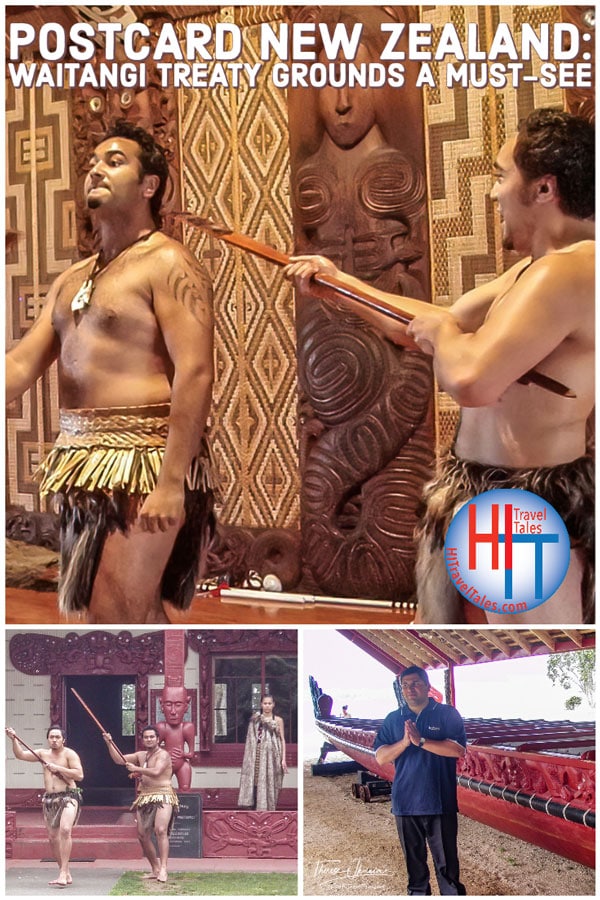 Heads up! This information on the Waitangi Treaty Grounds was accurate when we published it on HI Travel Tales, but, as we know, traveling is all about changes (and inflation, sadly). It is your sole responsibility to confirm prices, transportation schedules, hours of operation, safety and health considerations, and any other important details before your adventure. 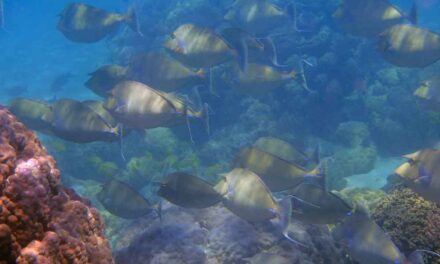 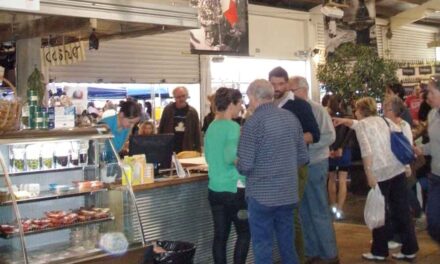 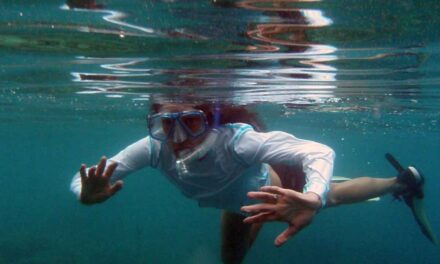 Snorkeling in Fiji along the coral reefs 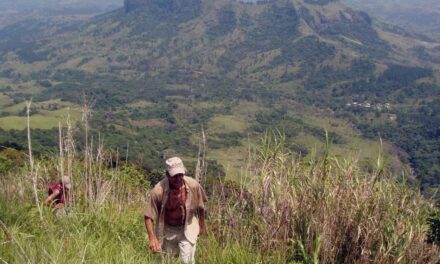