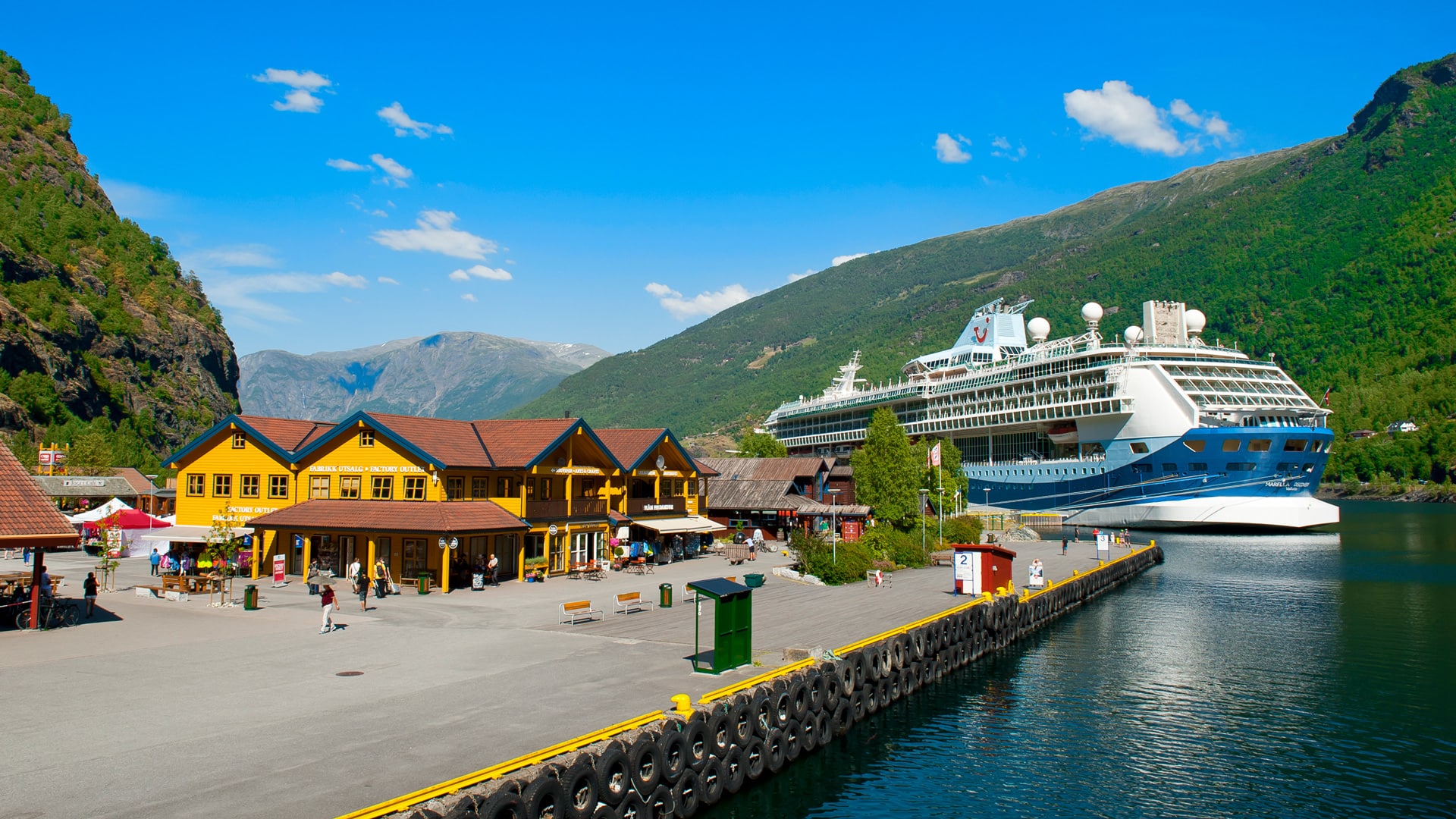 Norway in a Nutshell® is an extremely popular round-trip adventure through some of the most spectacular scenary in Norway and can be taken from Voss, Bergen or Oslo. It uses public transportation (train, bus and ferry) and includes sections on the Bergen Railway and the Flåm Railway. The dirty secret is that you pay much more if you book this trip through Fjord Tours rather than arrange the individual trip sections yourself.

Thinking of a Norway in a Nutshell tour? Although there are bigger…much bigger…countries, Norway’s lengthy expanse plus its coast of twisting fjords and waterways can make it difficult to figure out how to get where you want to go.

Thus, the tourist gurus there have come up with a package tour deal called “Norway in a Nutshell” (NiN) that gets you from Oslo to Bergen via the historic Flam Railway and along famous Aurlandsfjord and Naeroyfjord. The journey involves a collection of trains, buses and ships and a puzzle of coordinating schedules. The NiN package means you don’t have to think for yourself about what is a bit of a frenetic trains-buses-and-boats travel day (Note: NiN is not a guided tour. It is simply booked for you in one fell swoop).

The junction with the Flam railway on the train ride from Oslo to Bergen.

The packages are more expensive than doing it on your own, despite having been told the contrary. Yes, you really can do your own so-called Norway in a Nutshell DIY tour with relative ease – and you’ll save hundreds of kroner if you book early.

Why did we bother? For one, we found the Norway in a Nutshell packaged schedules to be a bit limiting and wondered if a do it yourself tour would cost less. Curiosity needs fulfilling so we did just that. For two, isn’t saving a little money a grand idea?

The result: For our November trip, the cost on our own came to approximately 1100 kroner per person (approximately USD $161) – or about 450 less (USD $66) than the price for the Fjord Tours package. OK, maybe that’s not a huuuuge difference – and for some people the comfort of knowing it’s being done for them may be worth the cost. But we are independent-minded and curious sorts….

One of the many incredible views from the train from Oslo to Bergen — be sure to sit on the left-hand side of the train when you book your Norway in a Nutshell DIY itinerary.

We found all of the Norwegian-based representatives with whom we emailed at various tourist agencies, city tourist bureaus, or transportation companies to be very responsive and very helpful.

HITT Ultimate City Guides: You will want to spend at least 48 hours exploring Bergen — your ending or beginning point for a Norway in a Nutshell DIY tour. We’ve made it as easy as possible for you with detailed information and links to transportation, hotel, key sites and attractions, information centers, maps and discount cards. Click here to read our story “Bergen travel essentials – what to do in Bergen”. Click here to explore hotel accommodations in Bergen.

The 411 for creating a Norway in a Nutshell DIY adventure:

Oslo to Myrdal (train): Start planning your do it yourself itinerary with your train ticket with the Norwegian state railway to go from Oslo to Myrdal on the westward Oslo-Bergen line. Vy, (formerly known as NSB) has so-called “minipris” tickets for one rail journey (no stopovers) between any two cities. At the time of this writing, the lowest minipris price was 249 kr per person (an amazing USD $36). Think of them as an early-purchase discount and, yes, they are not refundable so be verrry sure of your plans. Those early-purchase prices slowly eke upward by about 50 kr as quotas for the lower prices are gradually sold out. But these specials can save you hundreds of kroner per person. www.vy.no/en.

HITT Tip: Create a login so your travels remain housed in your account online. And if you don’t book early enough to nab a minipris, the NiN package could indeed be less expensive, although minipris tickets only creep upward in increments 0f about 50 kr. 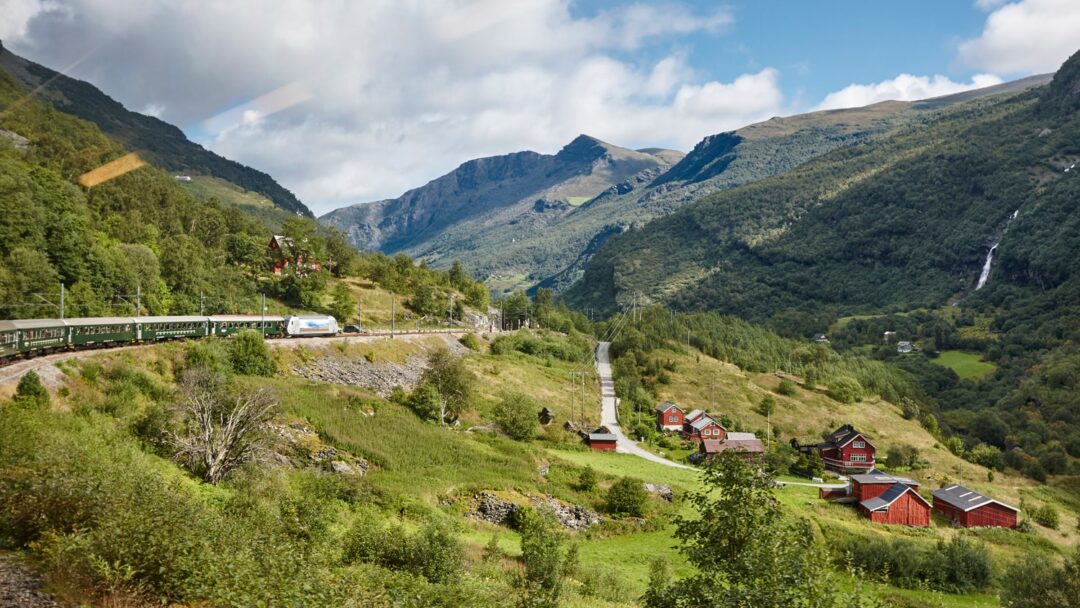 Myrdal to Flam (train): Next up is the steep, historic Flåm Railway that drops you from Myrdal on the main line to Flam on the water. You have two choices: Either you can also book this trip with NSB (indeed, booking as one journey, Oslo via Myrdal to Flam). Or you can book it directly with the “Flamsbana” railway. The cost is the same (300 kr per person at this writing, for this leg). And the Flam Railway portion is fully refundable up to 24 hours before departure no matter where you book it (and refundable minus an administrative fee up to departure). 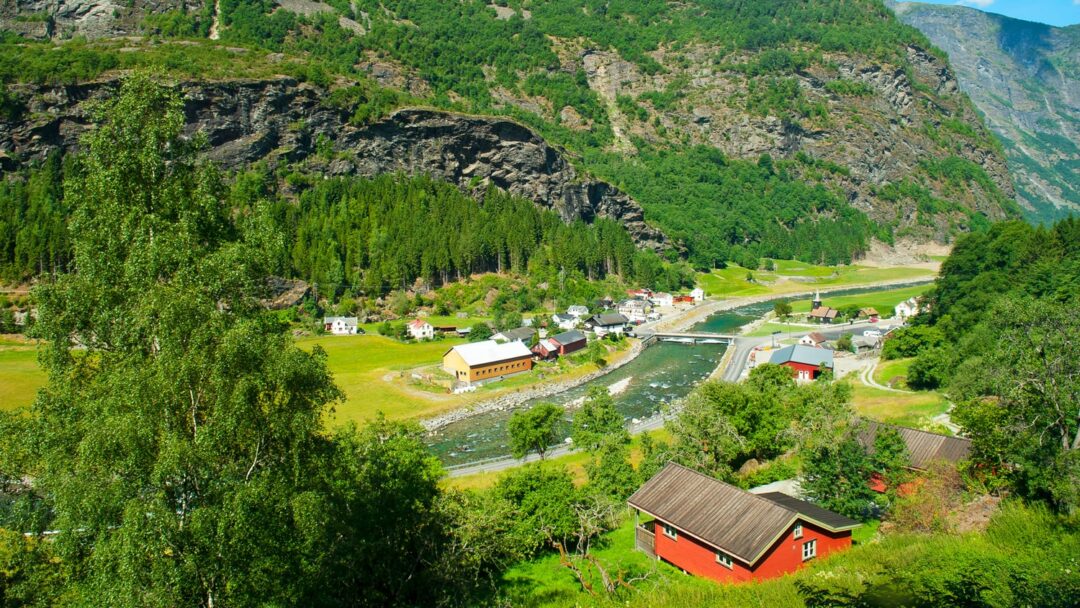 HITT Tip: The Norway in a Nutshell package touts free admission to the Flam Railway museum with its ticket. Question authority, we say, and, yes, we discovered the museum is free to anybody, all the time.

Flam to Gudvangen (ferry): OK, you’re in Flam, which is more of a jumping-off point for ships, hikes, trails and skiing than much else. You can choose to stay there for such adventures, or you can skedaddle onwards. Click here to explore accommodations in Flam. Here’s the dilemma: If you take the reasonable 8 a.m. train from Oslo, you don’t get to Flam until about 1:50 p.m. after your transfer in Myrdal. That connects you to the scenic cruise at 3:10 p.m. along the fjords, which will ultimately get you to Bergen as late as 9:00-10:00 p.m.! WHEW, that’s a day! Aren’t we on vacation? To avoid the “If it’s Tuesday, it must be Belgium” frame of mind, you can instead choose to stay the night in Flam and take a morning ferry onwards. Which works fine, except between Oct. 1 and April 30 when the ONLY ferry onward is the one at 3:10 p.m. Which means the last part of your fjord cruise from Flam to Gudvangen will be in total darkness, depending on the time of year. What? It’ll be dark? And I won’t be able to see the UNESCO World Heritage fjords? You got it. So choose wisely as you plan your Norway in a Nutshell DIY itinerary. The Fjord1 company site is where you can check out schedules and buy advance tickets.

HITT Tip: The folks at the Flam tourist office are very responsive and helpful if you have questions.

Gudvangen to Bergen (bus and/or train): Now, from Gudvangen onward to Bergen you have a few choices although it may be a matter of personal preference since the cost is the same. You can take a bus from Gudvangen to Voss, then transfer back to the Oslo-Bergen train line in Voss to get to Bergen. OR you can continue with the bus from Voss to Bergen. You may still have to change buses in Voss so the choice comes down to preference. The schedules change a bit with the time of year so you’ll need to consult online schedules and compare them to figure out your best connection. The country’s transport collective website at  gives you overall travel info for many areas, while the NOR-WAY Express Bus website will also give you route information and also allow you to buy tickets at a slight discount in advance online.

HITT Tip: Once off the ship in Gudvangen, some buses leave from a stop at the harbor (“Kai”) or a short walk up on the “E16” roadway, for which you’d need to allow 10-20 minutes or so, depending on your speed and baggage. For essential tips and help planning your Bergen visit, click here to view our Bergen Travel Essentials guide. 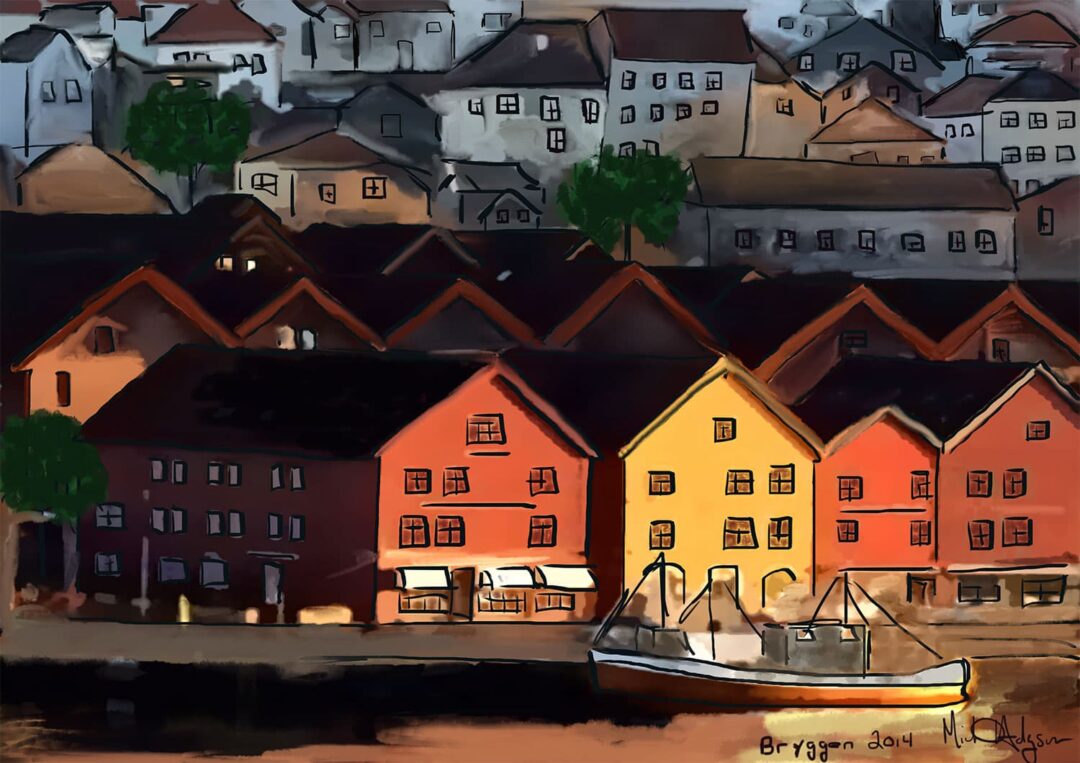 The colorful Bryggen wharf in Bergen as depicted by an iPad watercolor painted by Michael Hodgson. To view more artwork by Michael click here.

If all this do it yourself planning sounds difficult and complicated, it’s not really. Our suggestion after spending a lot of time researching these sites and schedules (which seem to change a bit year to year and season to season) is to find the routes that apply to your journey and then print them out so you can compare what segments connect to what to avoid errors. Nearly everything is available in English also.

Now lose the fear and take charge of your independence!

HITT Tip: Of course, Mother Nature is always in charge. During our November 2014 trip, the Flam Railway was flooded out and was not operating at all! So be prepared and watch for alerts on the NSB website regarding any travel plans you have. The NSB was very good at issuing refunds and rebooking.
I

There are so many things to do in Norway!

Norway is full of so many things to do. Touring great cities and villages for one, such as Trondheim, Alesund, Bergen, Kirkenes and Roros. Be sure to read Eight reasons to visit Trondheim, Visit Roros, Norway: UNESCO World Heritage Town, Beautiful Alesund inspires artists and photographers, Kirkenes, and Bergen travel essentials – what to do in Bergen.

Heads up! This information on Norway in a Nutshell DIY was accurate when we published it on HI Travel Tales, but, as we know, traveling is all about changes (and inflation, sadly). It is your sole responsibility to confirm prices, transportation schedules, hours of operation, safety and health considerations, and any other important details before your adventure. 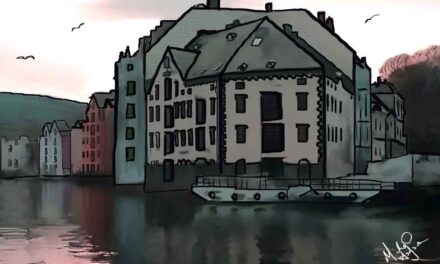 What to do in Oslo: The ultimate Oslo city guide 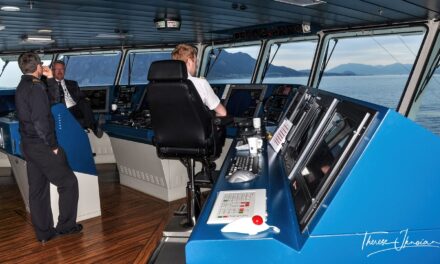