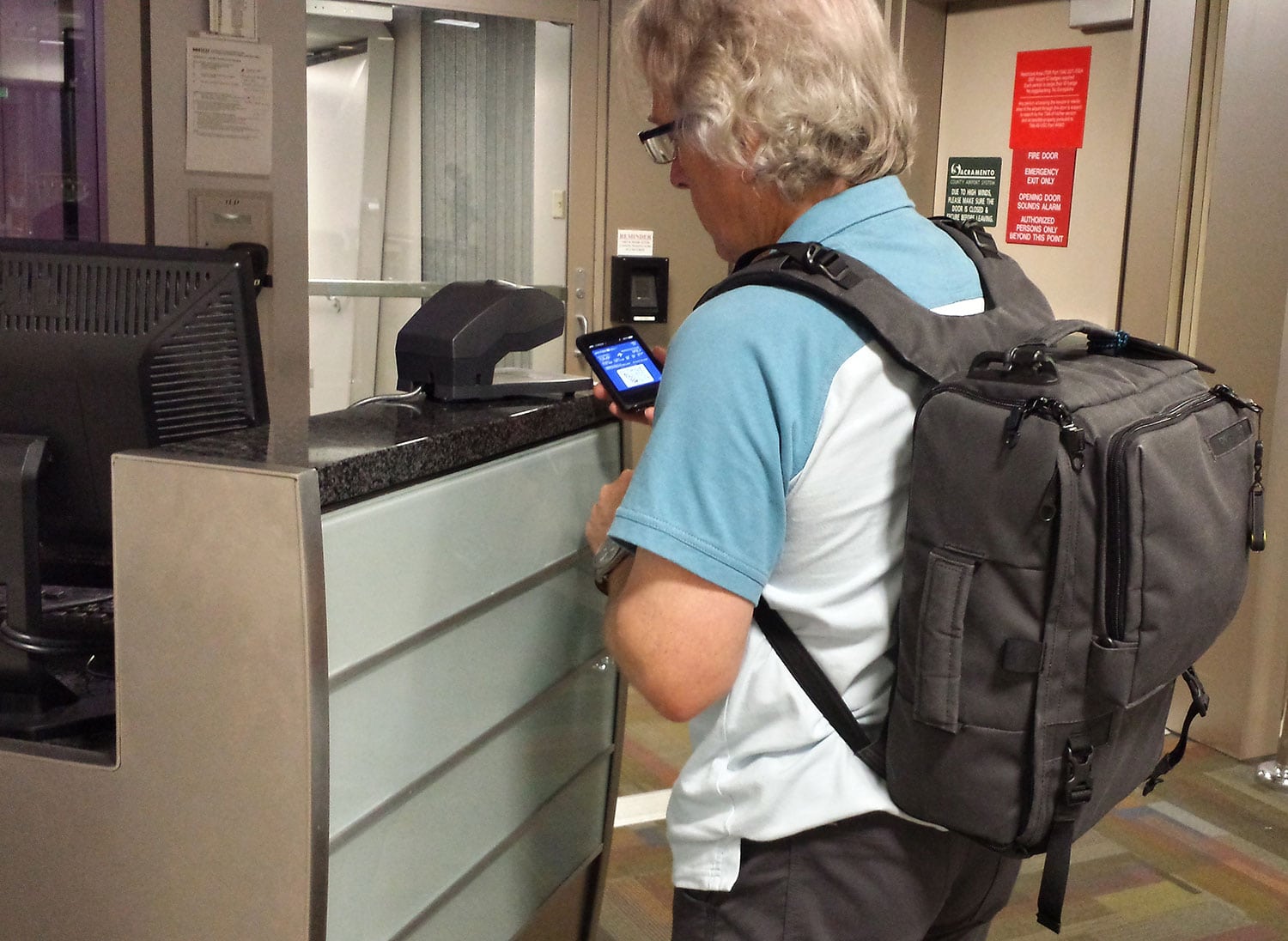 The Pacsafe Camsafe Z16 anti-theft camera laptop backpack is a part of the Z series of small to huge tech gear packs and bags. We jumped at the chance to really put this bag through the international travel wringer.

Even in the civilized world where we often travel, the risk of theft is rising. This is in large part due the need to carry a large assortment of electronics everywhere – video camera, microphones, computer, iPad, cables, backup drives, iPhone and more. Crowded airport terminals, subways, buses, trains and city streets create opportunities for thieves intent on stealing valuables or data. There are a myriad of backpacks and shoulder bags with varying degrees of anti-theft protection, but for complete peace of mind, what smart travelers really need is a portable vault with straps. 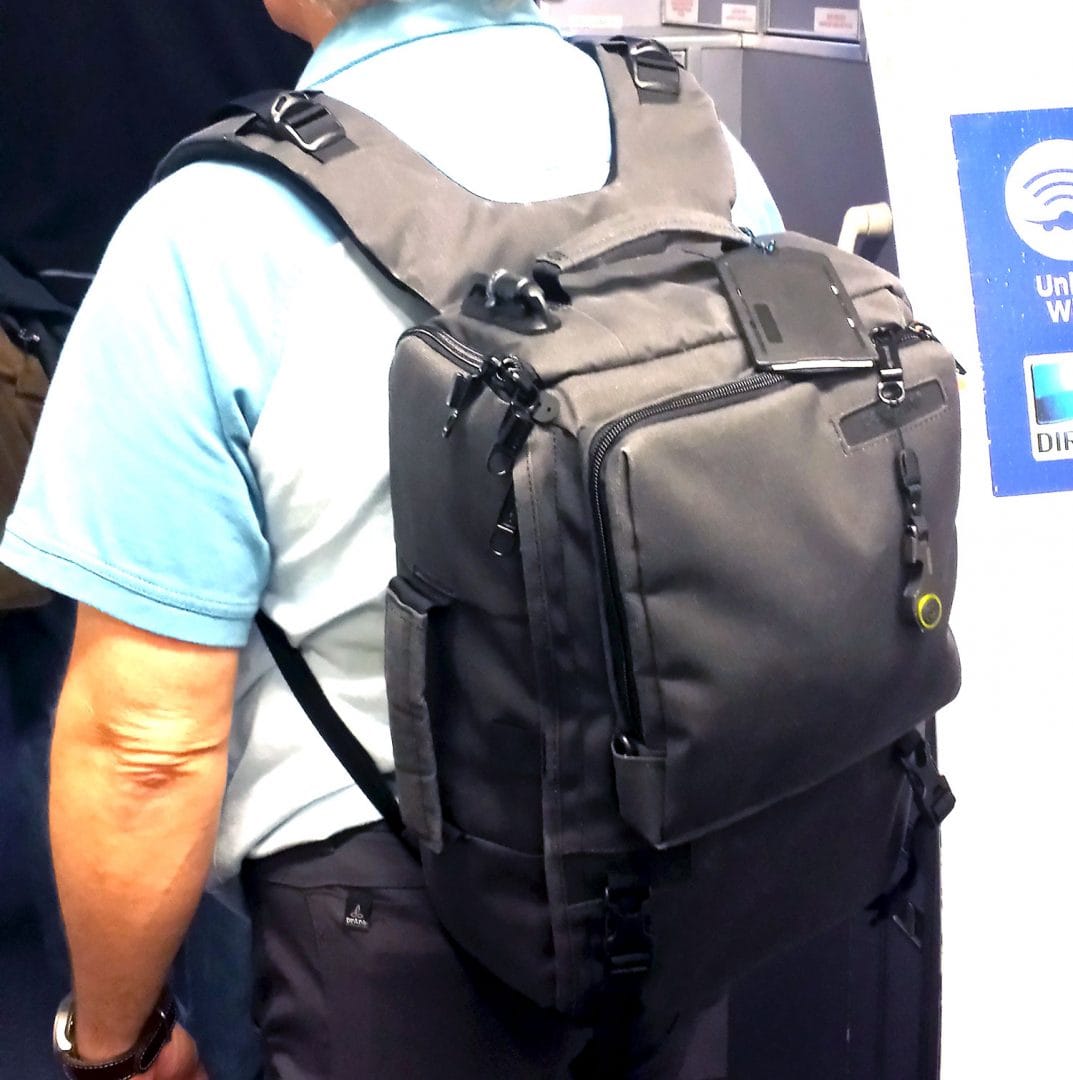 I’ve discovered the beauty of the Pacsafe Camsafe Z16 is in its security-laden features, and yes, even its boxy design.

Which is why the Pacsafe Z16 is so attractive. I will admit that my first impression was that my wish had come true – someone had taken a square black vault and slapped backpack straps and handles on it. There is nothing sleek about this bag, although it has a certain cool urban style so you don’t look like a backpacker heading into the wilderness. Fashionable though? Not really. But after a month of using it traveling on boats, trains, buses, and subways in Europe and the United States, I’ve discovered the beauty of this bag is in its security-laden features typical of Pacsafe, and yes, even its boxy design.

Let’s start with Pacsafe’s flexible, lightweight, stainless steel wire “Carrysafe slashguard” that is integrated into the adjustable backpack straps of the Pacsafe Camsafe Z16. It’s invisible, but its there to stop any would-be thief with a sharp razor or knife from slashing the straps and making off with my bag. Also, the outside panels of this bag have Pacsafe’s “eXomesh slashguard” wire mesh protection built in, designed to stop those same slashers from cutting a slit in my bag and making off with whatever falls out and into their hands – more common than you might think we have been told.

I absolutely love the interlocking zipper pulls that slide on top of each other to connect and as a result foil pickpockets looking for quick access for a grab-and-run. There’s even a very cool feature called the “Roobar anti-theft anchor lock” located at the top of the bag which secures the main compartment’s zipper and is guaranteed to leave even the most seasoned thieves befuddled trying to figure out how to get access to the bag. 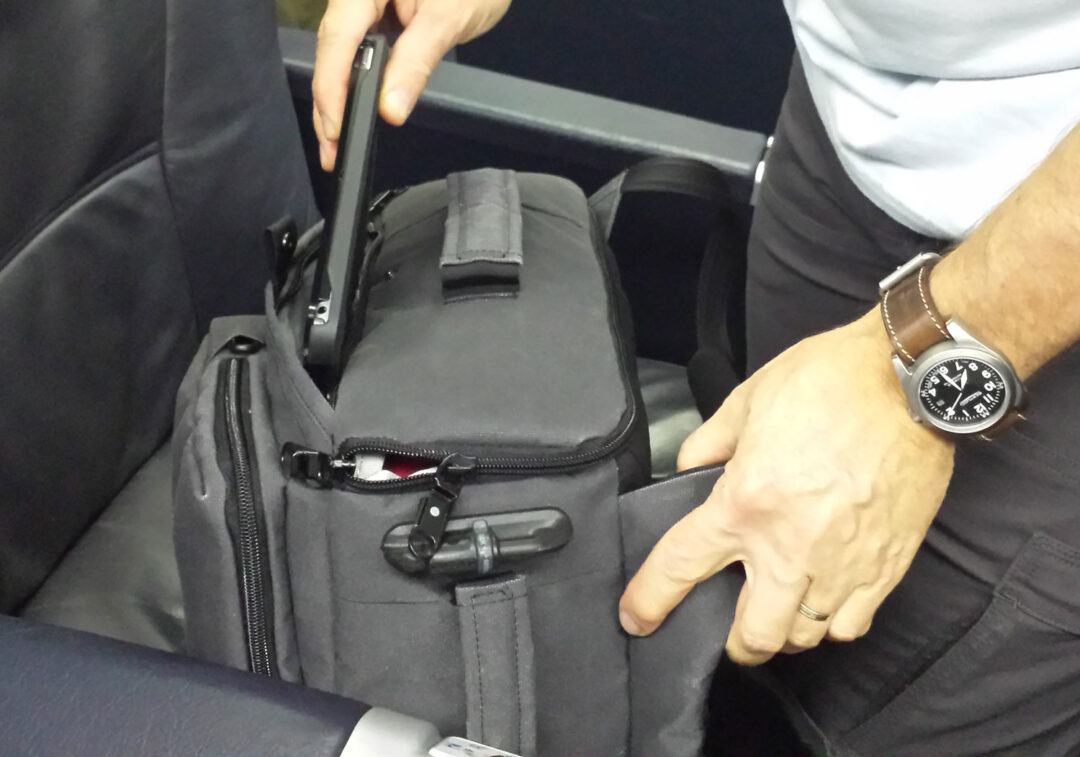 So easy to access my iPad Air from the front outside zippered pocket of the Pacsafe Camsafe Z16 — a pocket actually meant for documents and magazines.

When my bag is off my back and at my feet or overhead in a rack, it is still secure and in my control thanks to a Pacsafe’s anti-theft “turn & lock security hook” on one of the straps. I simply detach the strap, wrap it around a sturdy, secure fixture such as a bar on a luggage rack and re-attach it to the bag. Now, it is much more difficult for a thief to snatch and grab while I am distracted or even asleep.

Inside the zippered padded main compartment, there is an RFID-blocking pocket to store my passport and credit cards – each of which now have an RFID micro-chip. Those chips contain my personal information and savvy identity thieves would be able to access this information from up to 10 feet away with the help of an RFID reader – but not when they are in the pocket. More peace of mind!

Of course none of the above would matter if the bag didn’t also carry all my travel carry-on necessities.

I am amazed at the amount I can store in the main compartment of this bag: a video camera with wide angle lens, two wireless microphones, extra batteries and a charger, a 13-inch Macbook Air, all my assorted cables and plug adapters, an extra pair of glasses and a pair of sunglasses and a stuffed animal (what, you don’t travel with a stuffed animal?) They all stow effectively due to the bag’s square design and highly adjustable padded inserts. I also carry my iPad Air tablet in the outside zippered document pocket where it fits perfectly, even with its case. In the padded zippered upper compartment, I stow a stylus for my iPad, pens, a small notebook, business cards, car keys, a small bottle of hand sanitizer and small snacks. On the exterior rear section, there is a set of straps meant for a short tripod or umbrella, where I’ve also stowed a rolled-up rain jacket or fleece. The interior inserts are also removable so you can use the interior with the convenient side access for other items too if you have less photo gear with you.

Yes, there’s really not an inch left to spare, but I also like the compact size once loaded – even with a bottle stowed in the outside snap pocket where you can also put newspapers and magazines. The Pacsafe Camsafe Z16 stows so easily under an airplane seat, into an overhead bin, etc. And, somewhat surprisingly with the boxy shape, it carries very comfortably too. A top grab handle guarantees easy grab and go.

Is it perfect? Close. Very close. But the designers really missed a key feature in our opinion in the Pacsafe Camsafe Z16 by not integrating a stashable rain cover. With a bag full of electronics, having no protection even from a brief rain or snow shower is problematic. Yes, I know I can pack along a garbage bag or an after-market rain cover, but why not include this from the start? We’d also love to see a stow-away waist strap to ease the load on the shoulders. Our suspicion is that this wasn’t considered cool enough for the style, but without it you can’t really for example carry the pack on a bike that comfortably.

Still, even with the miss of a built-in rain cover and the waist strap, the Pacsafe Camsafe Z16 camera bag is too good not to award it our HITT Seal of Approval.

And because we know that no matter how good the traveling advice is and how well you plan, things can still go wrong, be sure you are covered with the right kind of travel insurance. Read our story Travel Insurance 101 – Medical Insurance, Trip Cancellation, Evacuation. 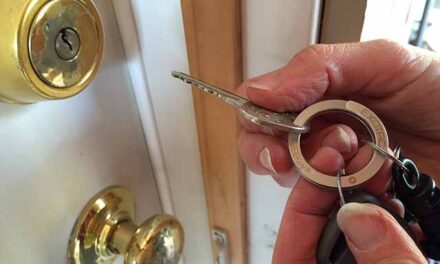 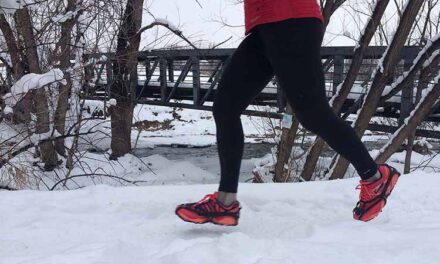 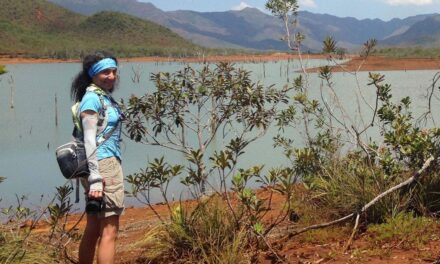