Travel to Panama: Rainforests and beaches without the crowds 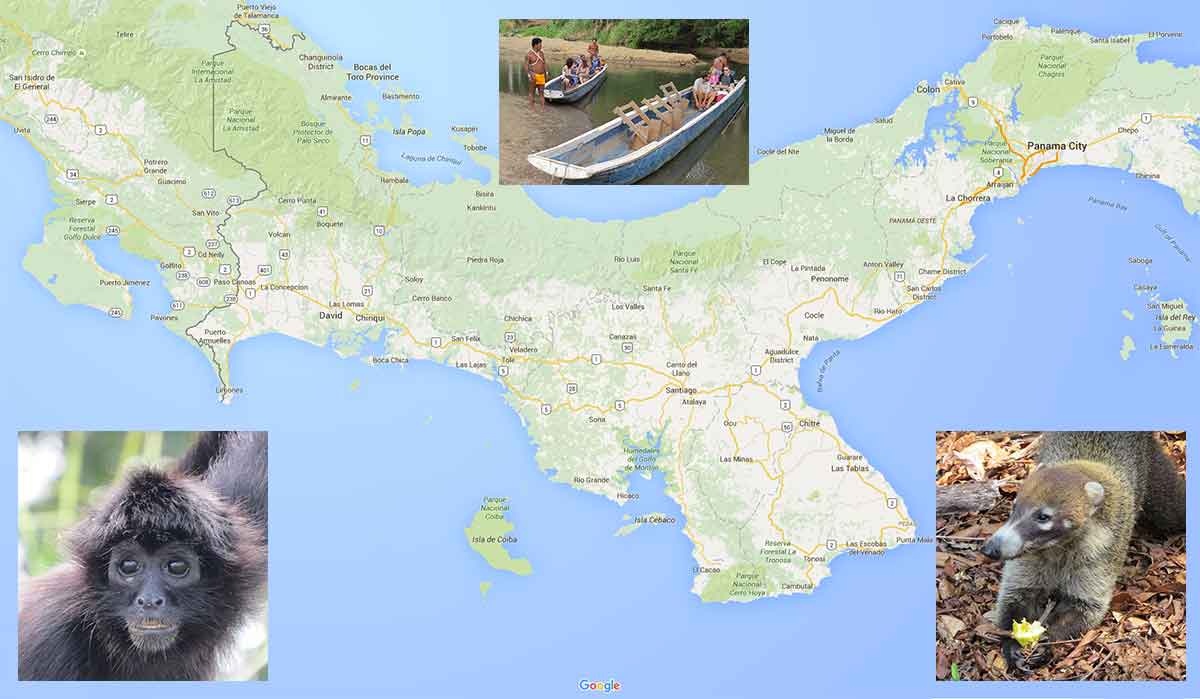 Take a minute to give Panama a closer look. Aside from the Panama Canal, the country boasts equal parts lush rainforest, exotic wildlife and pristine ocean beaches — without the Costa Rica crowds.

Think of travel to Panama, and if you are like most, visiting the great big Panama Canal comes to mind – that engineering sliver of locks and a lake that slices through the country in a feat of concrete and steel. Somehow, its northern neighbor, Costa Rica, garners much of the adoration of adventure and eco travelers seeking an exotic and richly biodiverse paradise.

Take a minute, though to give Panama a closer look. Aside from the Panama Canal, the country boasts equal parts lush rainforest, exotic wildlife and pristine ocean beaches — without the Costa Rica crowds. That was the attraction for myself, my wife, Sally, and our two daughters, age 9 and 11, to head to Panama – visit the canal, and immerse the family in the wonders of the Central American jungle.

The adventure begins in Panama City

Our first day in Panama City, with a backdrop of international ships passing by our hotel room window, we enjoyed a rigorous morning of stand-up paddleboarding. It was here that we encountered our first bit of Panamanian wildlife when Sally managed to step on a “Congo Fish” while jumping from her board. This particular fish is a member of the catfish family with sharp barbs that are extremely painful. Meaning Sally also got to enjoy the company of local EMTs who treated the wound so she could soldier on.

Once Sally was bandaged up, we headed to a delicious seafood lunch (food – and a few cervezas – heals all wounds, right?), and then a leisurely exploration of the amazingly vibrant “Biomuseo” biodiversity museum designed by world-renowned architect Frank Gehry. The museum tells the story of how the isthmus “rose from the sea” to “unite two continents.” 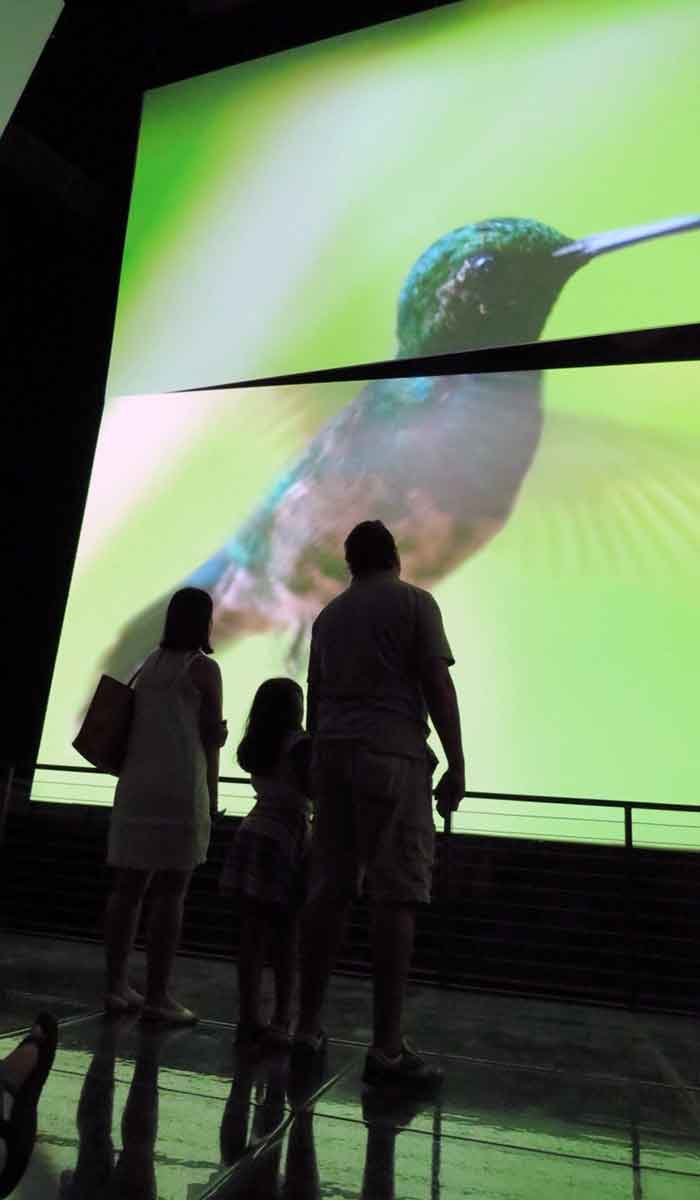 Visitors take in a video at the excellent Biomuseo” biodiversity museum in Panama City.

HITT Tip: In Panama City, we stayed at the Country Inn & Suites Panama Canal which has great poolside service for parents to relax when kids enjoy their mandated pool time, all with Panama Canal shipping passing by in the background.

The next morning, we headed to an Embera tribal village, by way of the Gatun River in a dugout canoe paddled by Embera tribesmen. The Embera are a semi-nomadic indigenous people. Along the river we were treated to a riot of color from the local flora, as well as some close-up encounters with howler monkeys. 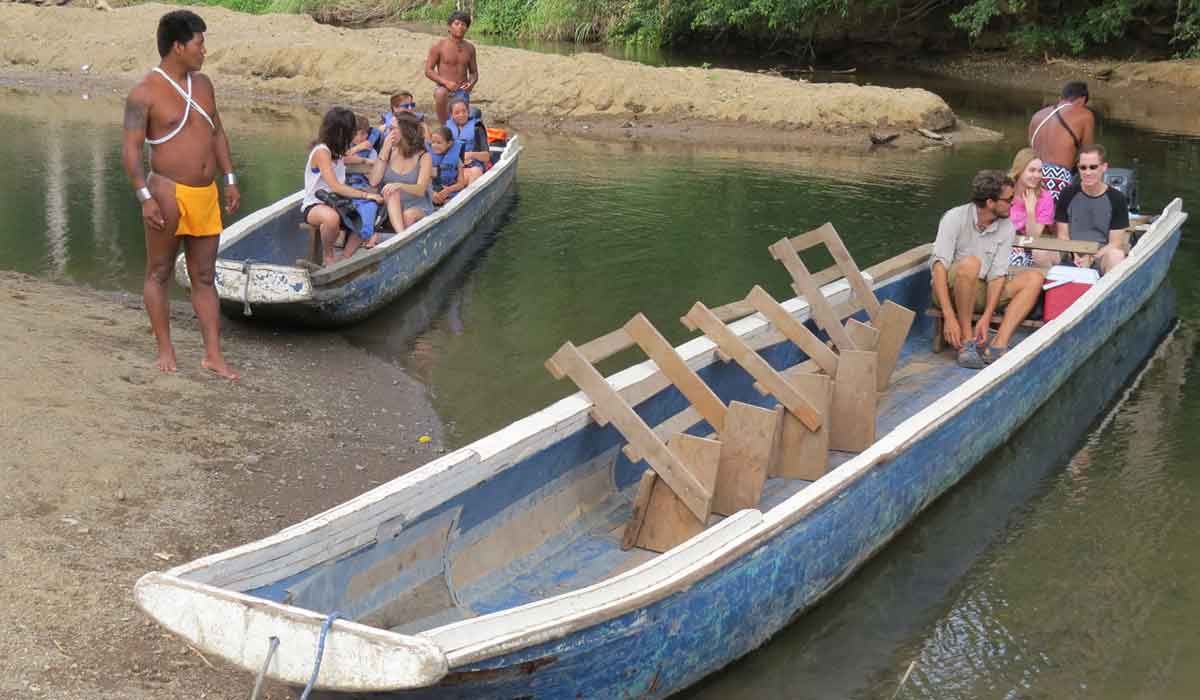 Embera tribesmen prepare to take travelers upriver to a village in dugout canoes.

Once at the village, we enjoyed a traditional lunch, shopped around looking at their handicrafts, and watched shamanic and celebratory dances. The natives wore their traditional clothes, including intricate bikini-like tops for the women that were made of valuable coins. (In a nod to the significant U.S. influence here, many coins used by the younger women were American nickels and quarters.) 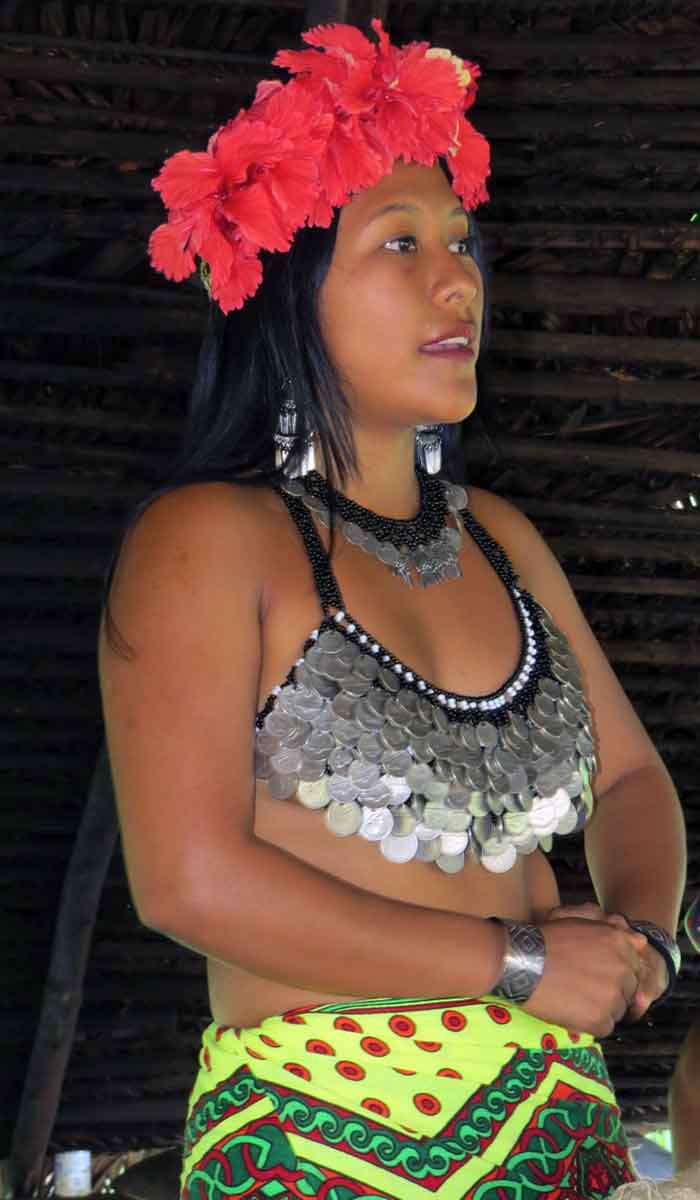 Travel to Panama‘s Bocas del Toro for wildlife and beaches

From Panama City we hopped onto a short flight to the Atlantic-facing town of Bocas del Toro. The quaint coastal archipelago is made up of dozens of islands (thus, much of the local transportation is via boat) and is a haven for surfers and ex-pats. 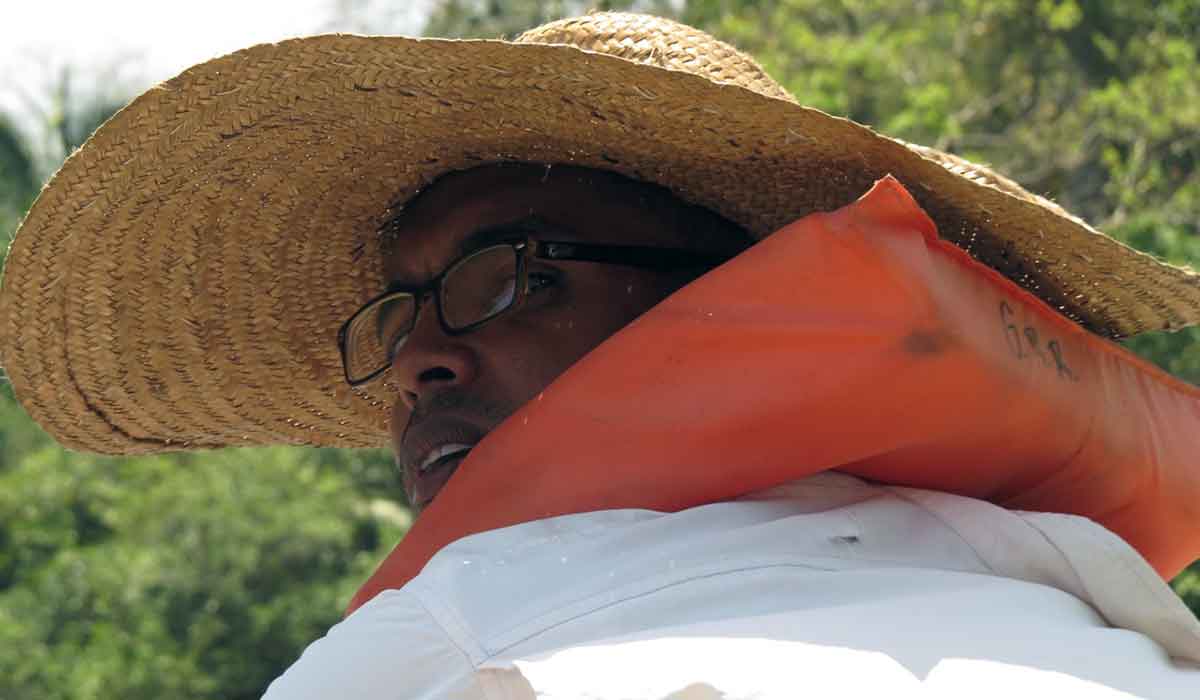 HITT Tip: In Bocas del Toro, we stayed at the rustic Bocas Inn, which is fantastically located: The front door opens onto the main strip of the capital of Bocas Town and the back opens to the ocean – which made water taxi pick up a snap. (One warning though: this lodge may be a little too rustic for some families, and it could probably use a little remodel at this point.) Other Bocas Town accommodations can easily be researched via our affiliate partner Booking.com.

Our adventures launched (literally) from the dock of our rustic inn. In fact, the buffet line and dining area were literally a few feet away from where we boarded our daily water taxi. We experienced a hands-on chocolate-making exhibit and an impromptu school visit in Bahia Honda. There, we also saw stunning wildlife – including the elusive sloth, blue/grey boat-billed herons, yellow tyrant flycatchers, and brilliant red poison dart frogs — during a walk along the Caiman Trail in Isla Bastimentos National Marine Park. Romping with our squealing daughters in the pounding surf of Red Frog Beach was the icing on the cake. Lunch was served at the quaint platform restaurant Restaurante Alfonso, situated on stilts above a crystal blue bay populated by red starfish. 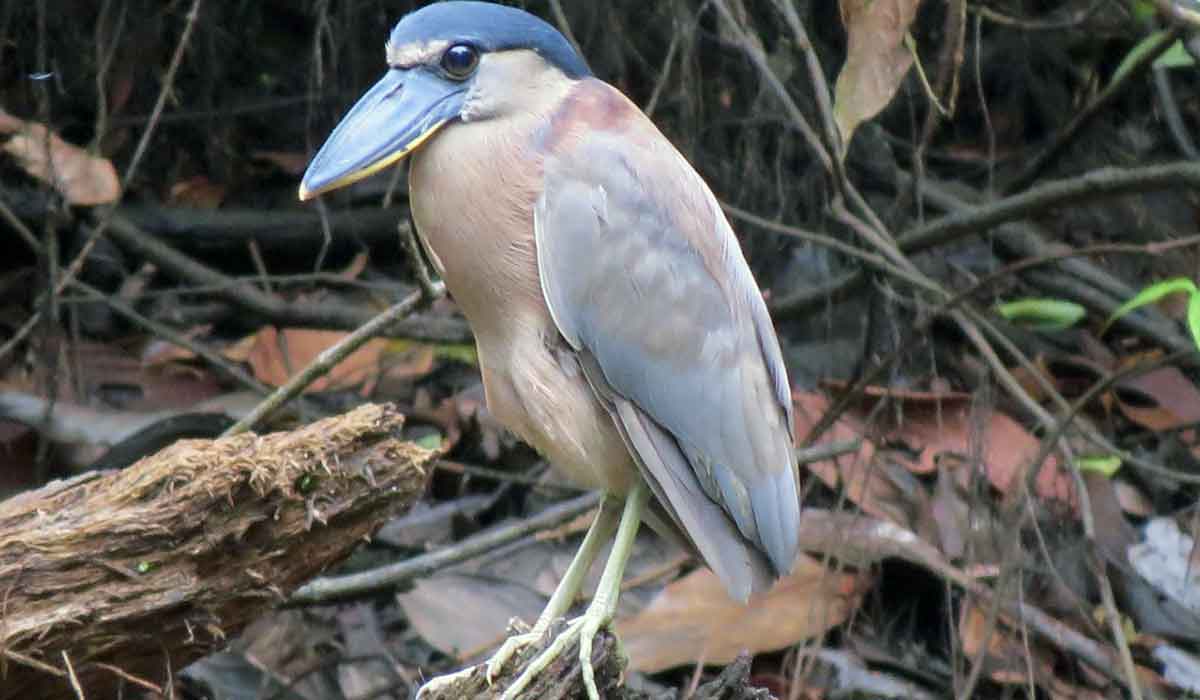 Day two in Bocas del Toro was spent alternating between lazing on the pristine shores of Starfish Bay and snorkeling its crystalline waters. Sunset found us walking through Bocas Town to dine at Bocart Restaurant. While American-owned and influenced, it was, frankly, a nice change of pace from the constant fish and plantain-dominated local fare.

To Colon and the canal

We boarded a plane the next morning for a quick flight to Colon, where we intended to immerse ourselves in learning about the Panama Canal’s history and operations — a must when you travel to Panama.

Since the United States so influenced and dominated the nation for decades, the remains of American military bases are common. Our hotel in Colon was the beautiful Melia Panama Canal. It is not only situated within the remains of the former U.S. Army post Fort Gulick, but also was the actual building for the School of the Americas, often called the “School of the Assassins” by its former detractors.

HITT Tip: When you travel to Panama, you will absolutely want to visit the locks’ Miraflores Visitor Center, but be forewarned this center is the most-visited attraction in the nation and can be overwhelmingly crowded. Locals prefer the Gatun Locks Visitor Center, making it much less crowded. Do not miss the stunning new Panama Canal Expansion Observation Center, the least crowded of the three), which overlooks the new, wider locks that will double the canal’s shipping capacity.

Our visit to Colon wasn’t all about the Panama Canal either as we boarded a small boat for a wildlife safari along Gatun Lake, which is the primary passageway for ships using the canal. After passing massive cargo ships in the canal, we slipped into isolated inlets and side waterways to get close-ups of more howler monkeys (this time a playful colony of them), plus tamarin monkeys, snail kites, green basilisk lizards (also called the Jesus Christ Lizard because of its ability to run on water) and an errant capybara walking along the waterline. 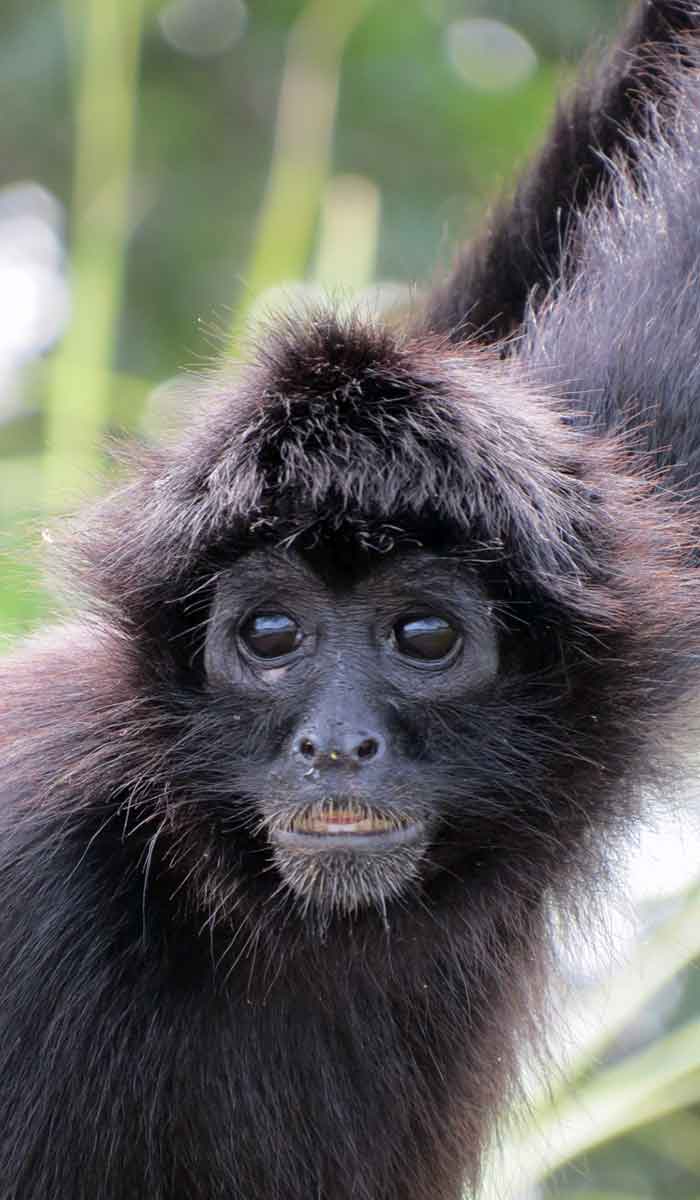 While in Colon, we also found time for zip-lining at a nearby adventure park (certainly a trip highlight for our daughters), a kid-friendly photo scavenger hunt at the Spanish-built Fort San Lorenzo Castle, and, of course, plenty of pool time fun at the hotel itself, often in the cool of night after a buffet dinner.

HITT Tip: In Colon, the historic Hotel Melia Panama Canal was our home and base for all our adventures.

Back to Panama City

Our visit to Panama was almost over. We arrived back in Panama City for one more night before our flight home to the United States.

Panama was surprising to us on so many levels; we learned so much about the history and operations of the canal, better appreciated the nation’s very unique position as a shipping crossroad to the world – as well as its ecotourism and biodiversity, and of course got to appreciate the local peoples and their customs. 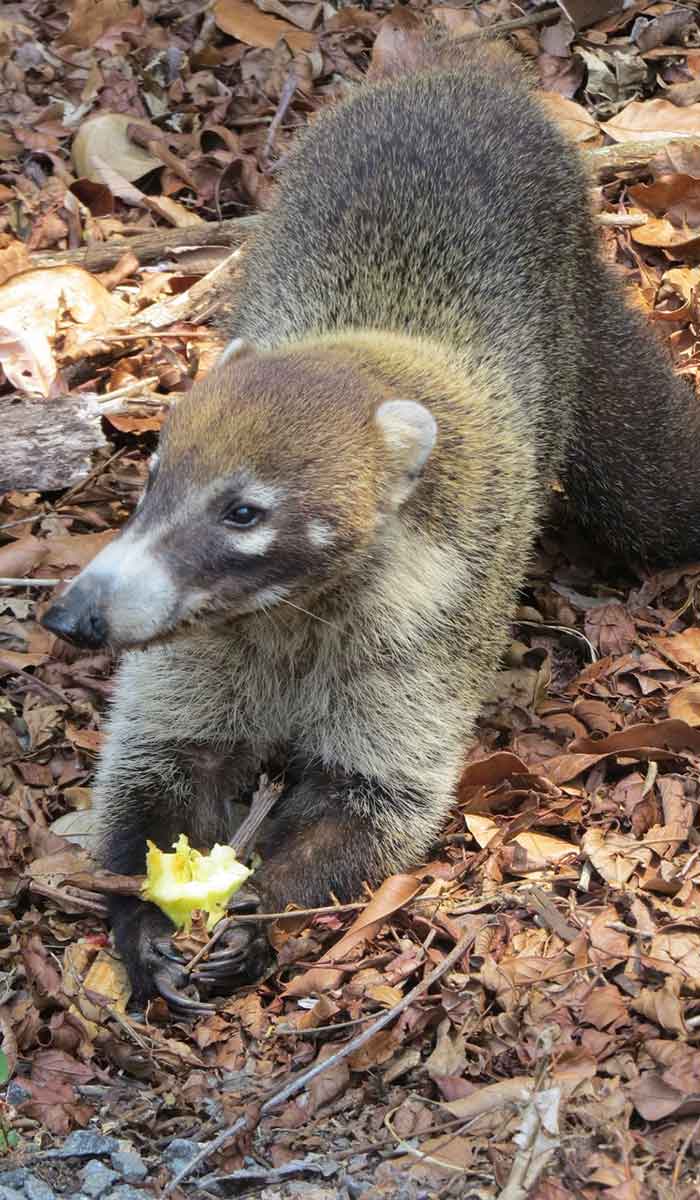 But it was the abundance of wildlife that truly amazed us, probably in part because we simply weren’t expecting it. This little Central American nation is indeed a nature lover’s dream — and far more than just The Canal.

Disclaimer: The itinerary was planned and provided by Journeys International at a reduced rate and facilitated locally by Ancon Expeditions 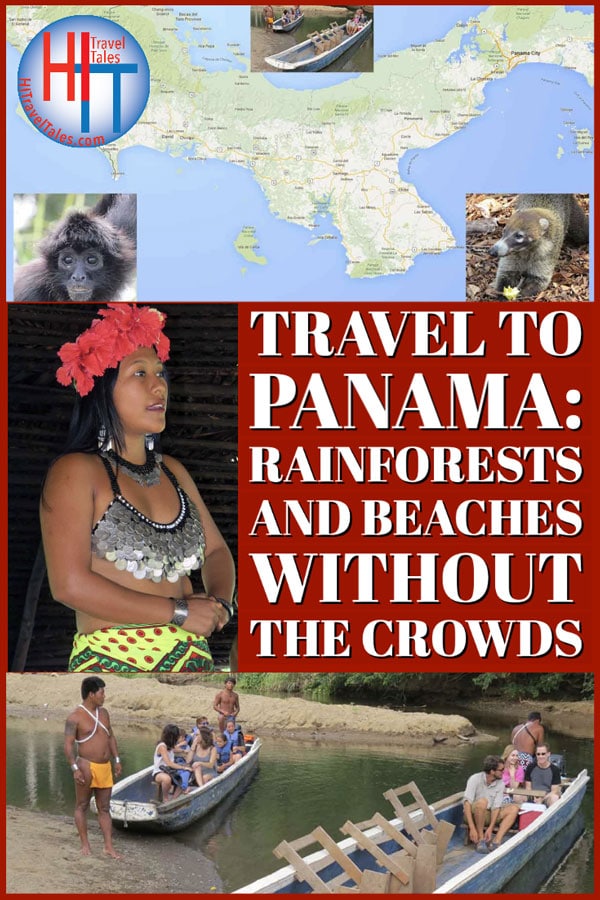 Heads up! This information in our story, “Travel to Panama: Wildly surprising for families“,  was accurate when we published it on HI Travel Tales, but, as we know, traveling is all about changes (and inflation, sadly). It is your sole responsibility to confirm prices, transportation schedules, hours of operation, safety and health considerations, and any other important details before your adventure. 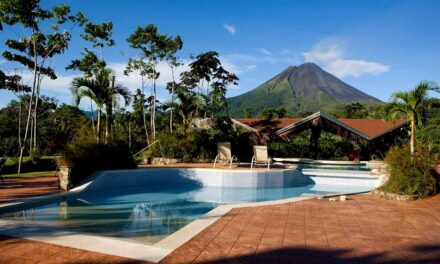 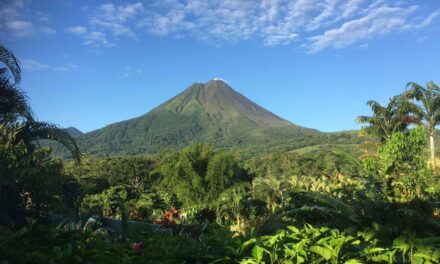