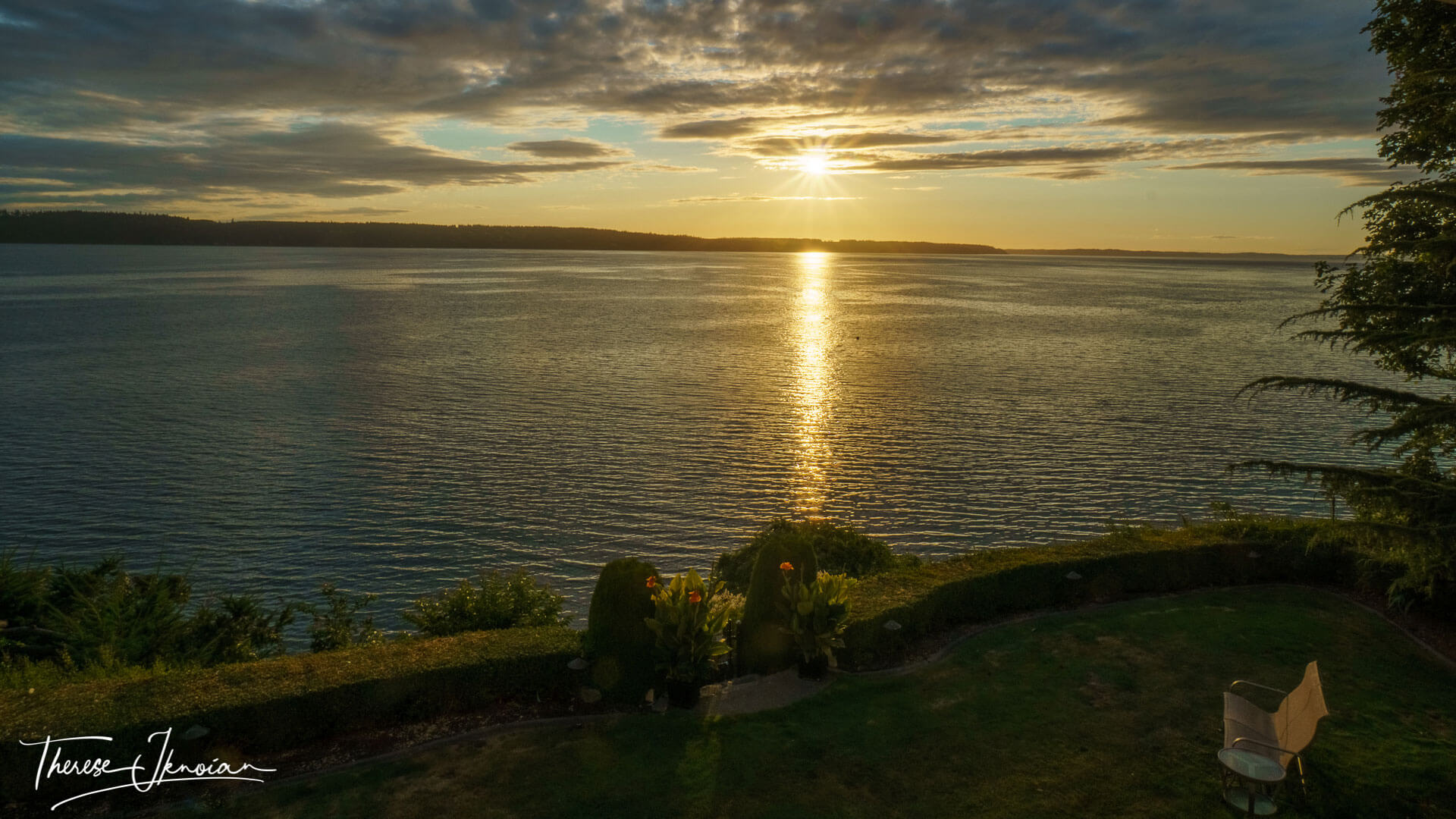 Camano Island may be a stone’s throw from the mainland and just across the water from its sister island Whidbey, but when you visit Camano Island Washington, you will find a relaxed outdoorsy island feel.

Camano Island Washington sits just off the mainland, spooning its comma shape into the cozy curve of its sister island Whidbey. Truth is, however, when you visit Camano Island you couldn’t be farther from Whidbey or the mainland, both in feel and spirit.

Camano Island is separated from the mainland by a bridge and about a half-mile of water, and you’re only 1.5 miles from Whidbey as the crow flies at the narrowest point. With both being part of Island County and cuddling into each other as they do, I expected the two islands to be mutually supportive partners in crime. But Camano Islanders don’t usually venture over to Whidbey, and Whidbey Islanders just shrug mostly when you ask what there is to do on Camano. Seems I had to find out more about Camano on my own.

It’s actually not easy to migrate between the two sister islands – partly because geographically they are so close yet so far, as the saying goes. It can take you just as long to get between Whidbey and Camano islands as it would to go from Seattle to Camano.

Camano is a tiny islet, only about a quarter of the length of Whidbey, at just 15 miles long and about 6.5 miles wide (its most narrow point is as less than a mile wide). It’s also only about a quarter of the population of Whidbey. Camano’s town center is basically a shopping mall; yes, a very nice outdoorsy mall called Camano Commons (locally known as Terry’s Corner) that has a feeling of a community center in its design with plazas, benches, and park-like spaces. The architects designed it with an eye on the European tradition of what is called a “third place,” which is someplace other than home or work where you gather. On Whidbey, there are also any number of inns, hotels, rentals, and other lodging options. On Camano Island, there are many private rentals, but only one bed and breakfast (the delightfully homey Sea Mist Waterfront Inn, see below), one inn, and the basic yet historic cabins at Cama Beach Historical State Park. 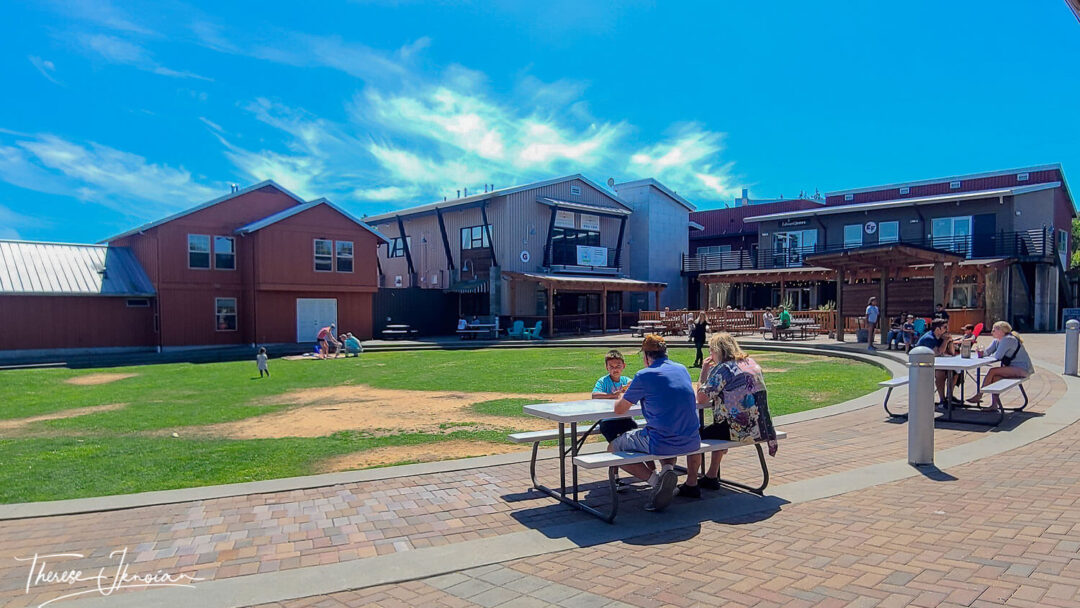 Camano Commons, a.k.a Terry’s Corner, is a true locals hangout and so much more than a mall with restaurants and shops.

Visit Camano Island Washington to get outdoors and relax

On my travels on both islands, I had the feeling that Whidbey considers itself a tad grander than Camano. Whidbey has cute towns, three incorporated areas, some outstanding restaurants, and other sights to draw visitors. Easygoing Camano on the other end is all about the outdoors, waterfront, and a simple style of living. So simple, there is not even one incorporated area — no downtown, no city streets, no stereotypical tourist destinations – just the Camano Commons.

Don’t get me wrong, there is plenty to do and see on Camano Island. It’s just a different kind of doing and seeing than you find on Whidbey – one with a huge emphasis on hanging out, going to parks, and relaxing. And although residents may not correct you, Camano is pronounced “kuh-MAY-no.”

Just like Whidbey Islanders, who are effusive about their love of that larger arch of land, Camano residents take pride in just being. I talked to a number of locals to get a feeling for what makes Camano Island Washington tick. Let’s see what they have to say so you too can visit Camano Island as the locals want you to. 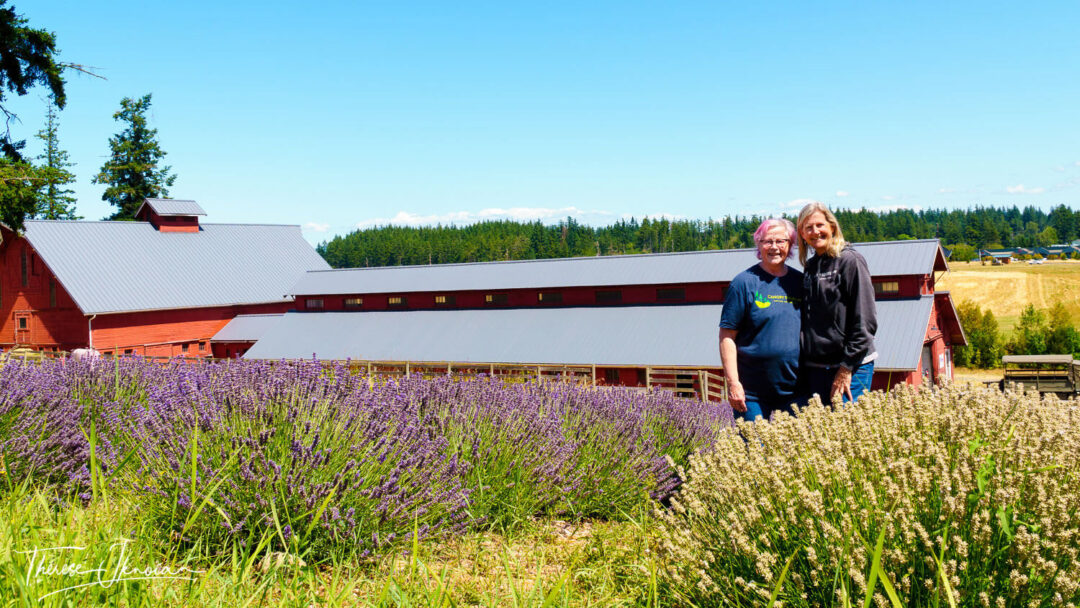 My introduction to Camano Island Washington on my first morning there was a rather invigorating zipline adventure through the treetops at Kristoferson Farm, on the farm’s property that has been in the family for more than 100 years. Today, the farm is still run by family members. From its lavender fields, zipline canopy tours, special barn events, and certified organic products made from the on-site trees and fields, family members are all hands-in and hands-on.

When I arrived for my canopy tour, one of my guides was Kris, who I found out later was one of the fourth-generation group of siblings running the farm. My contact was Mona, who takes care of marketing, and Nancy, who manages the front desk with humor and aplomb. This was my first-ever zipline, and I must admit it was a superior experience, with participants (including the slightly fearful or young) masterfully guided and instructed by both Kris and Noah. What was impressive was that the tour was not just about the adrenaline of zipping through treetops. The tour also focused on educating participants about trees, forest, and their importance to the environment.

Camano Island has been “a haven for the family forever,” said Mona. “It’s just gorgeous. The parks and waterfront are gorgeous, and it’s just a really nice community.” 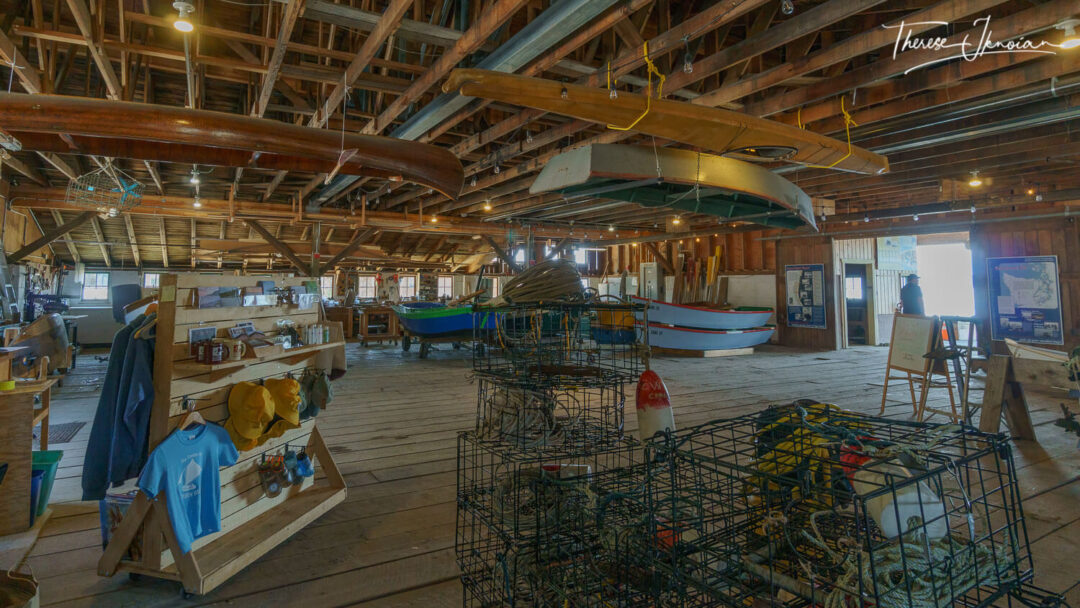 Rent a boat or explore history at the Center for Wooden Boats on the shoreline at Cama Beach Historical State Park.

>> Matzke Art and Design – an international level hideaway of art and design. 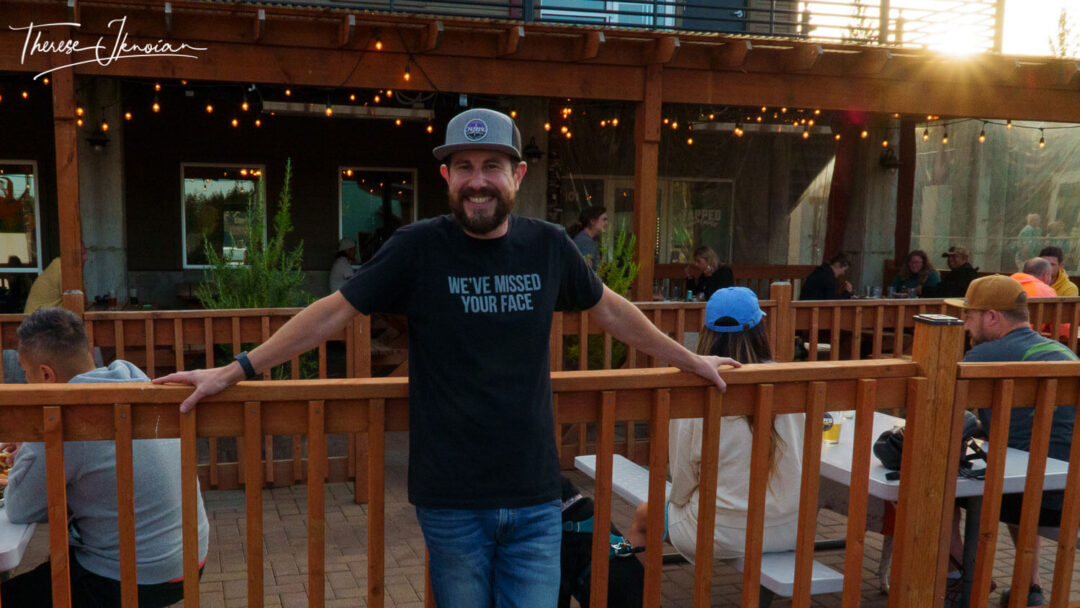 Camano Island was absolutely not on Brian Radford’s radar for his own restaurant; in fact, he had said he never really wanted to do his own restaurant. But things clicked and the site at Camano Commons became available. When he visited, his kids wandered over to the neighboring park to play and he took in the community feel, realizing Camano was a special place where he and his family would feel at home, too.

Tapped Camano opened in the middle of the pandemic – not the best timing for a new restaurant so the inevitable pivot had to happen from Day 1 for take-out orders and menu modifications. These days, they can seat indoors and out, with the expanded outdoor patio lending a real beer garden feel. “Most nights, we have a line out the door, and we’re running out of tables,” Brian said. What was created at Tapped Camano was a relaxed gathering place that is still a step above a brewery and sports bar. Fresh food with a Pacific Northwest inspiration will please palates that want anything from burgers or fish and chips, to salads or a prime rib sandwich. 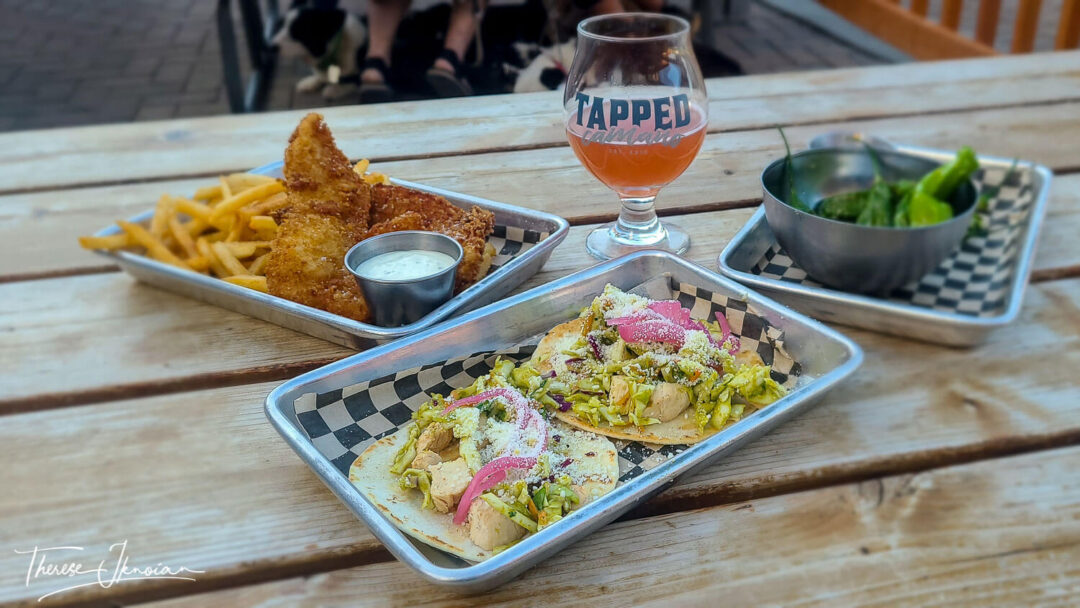 Wild Alaskan cod fish and chips are a very popular item at Tapped, as are the soft tacos and blistered Shishito Peppers. Both food and beer may rotate with the season.

Of course, the name “tapped” correctly hints at the lengthy rotating list of Northwest and Northern California beers, ciders, wines, and ales. 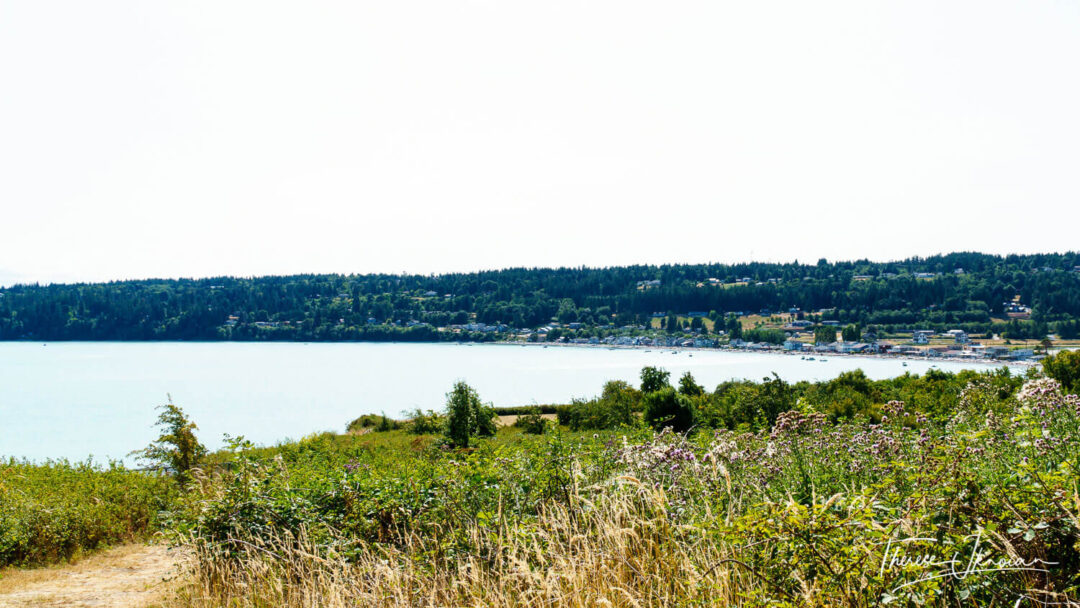 >> Terry’s Corner / Camano Commons – the only gathering place on the island. 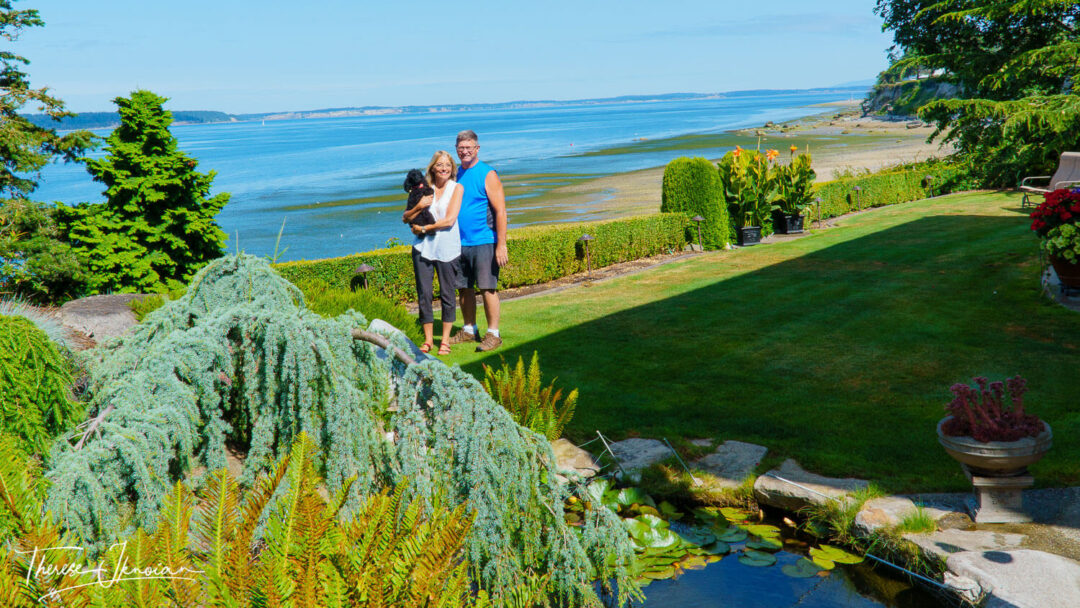 The Sea Mist Waterfront Inn is one of the most elegant yet personable bed and breakfasts I think I’ve experienced. Nestled on the waterfront on the western side of Camano Island Washington, the Sea Mist inn was Brenda and Tom’s Family home where they raised four kids. When “Dr. Tom,” a popular physician, had a sudden massive stroke, life changed. At first Brenda was aghast at the idea of having strangers coming in and out of the house, but the home was in fact well-positioned and designed to become a bed and breakfast. 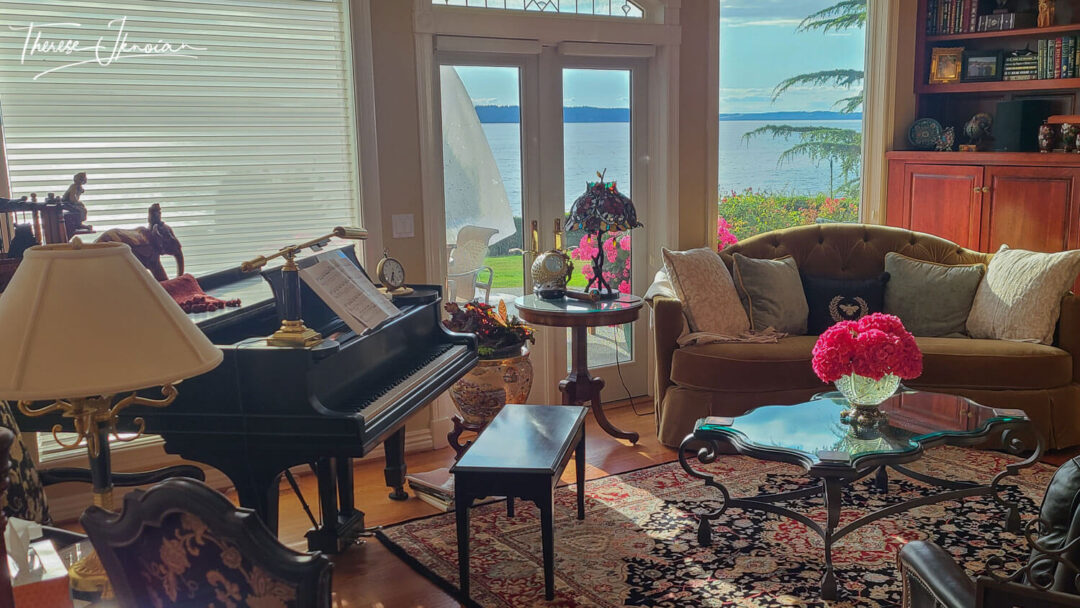 With Tom’s practice gone and his care and rehab gobbling through savings, Brenda gave up her music and theater career and put her all into transitioning the home into a gorgeous B&B, which opened in 2016. To this day, the two of them do everything at the inn, from cleaning to cooking to yard care and shopping – of course, Brenda is a perfectionist so nothing halfway is good enough. Brenda’s parents live up the street, in what was the family’s summer home, so she has known the island since being a child – across the street is their small 100-year-old Gravenstein apple orchard and a garden. Still, she was raised as a city girl. When they moved to Camano 28 years ago, she fell in love with the island and its community – “the quiet, the simplicity, we have no regrets.”

Kristoferson Farm is an idyllic setting not far from Camano Commons. 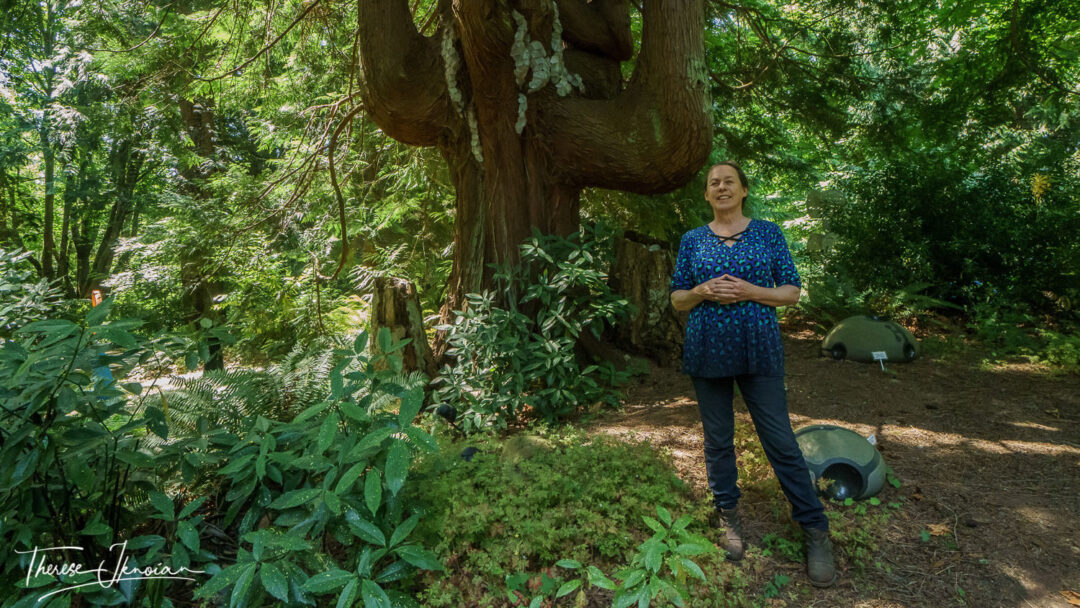 Matzke Fine Art and Design is a wooded country gem that offers international-scale art and sculptures, but you have to find it first, way down at the southern end of Camano Island where the island narrows to about a mile. Karla first stumbled across this raw piece of woodland in 1990 but was “talked out” of it. When she stumbled across it again in 2001, she was ready to take on the challenge of rehabbing the single shell of a building and clearing the land. A bulldozer became her best friend.

Today, she runs a destination for art and sculpture lovers. The property is also a sculpture park – of course most of the sculptures are also for sale. She works with artists internationally to display their work – and hers of course. Her vision was to “open people’s eyes. Sculptures are not just for corporations and city parks. People can enhance their own yards,” she said. 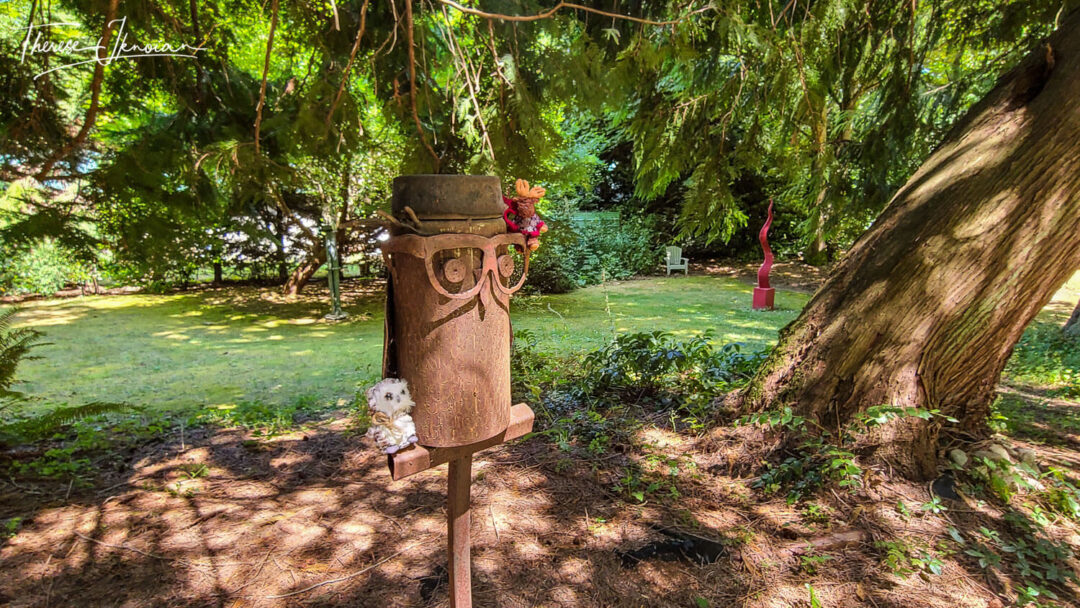 Sculptures of all sorts pop up at you in the gardens and woods at Matzke’s. Dr. Whoo (and his buddy Little Wilbur) were so excited to find one of Dr. Whoo’s relatives.

For her, Camano Island’s lengthy waterfront makes it particularly special. The beaches, views, and woods as well as its rural nature are her love. 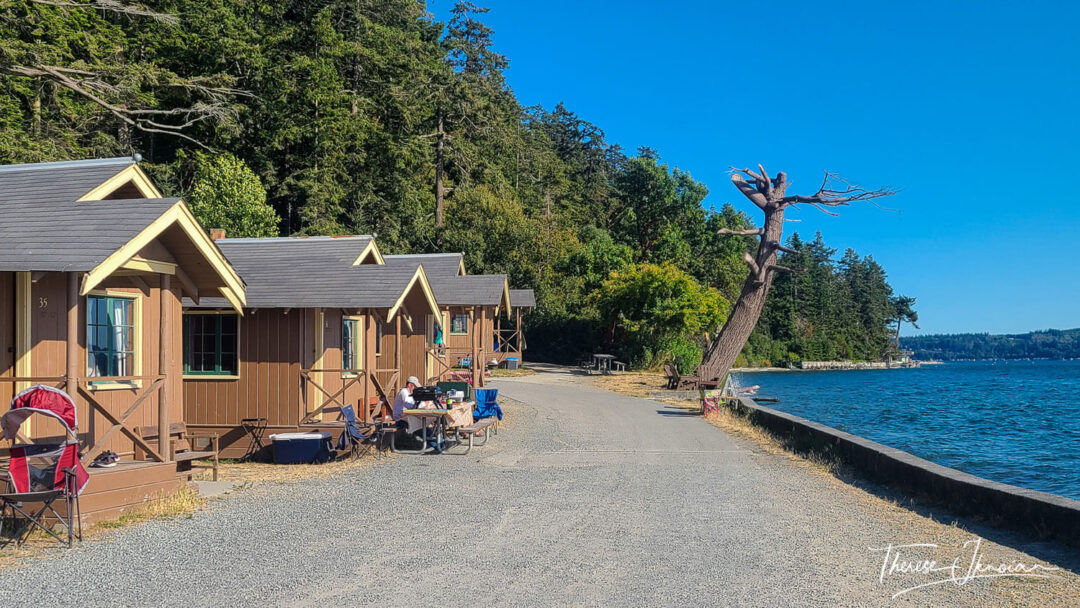 >> Cama Beach Café – one of the best places on Camano Island for breakfast, lunch or freshly baked goodies.

>> Cama Beach State Park cabin – Every year, Karla rents a cabin for her own island getaway.

Camano Island Washington is not a place to DO but a place to BE, making it a great find for a traveler seeking true R&R. You won’t fill a detailed touring itinerary, but you will find trails, parks, sunsets and waterfronts to satisfy your soul. 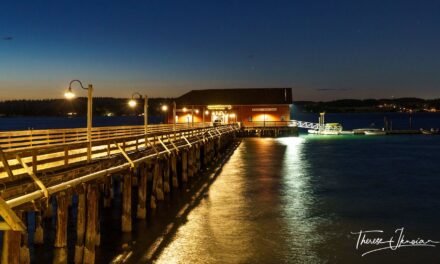 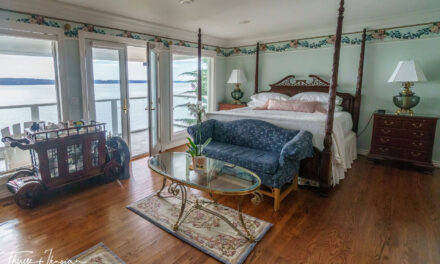