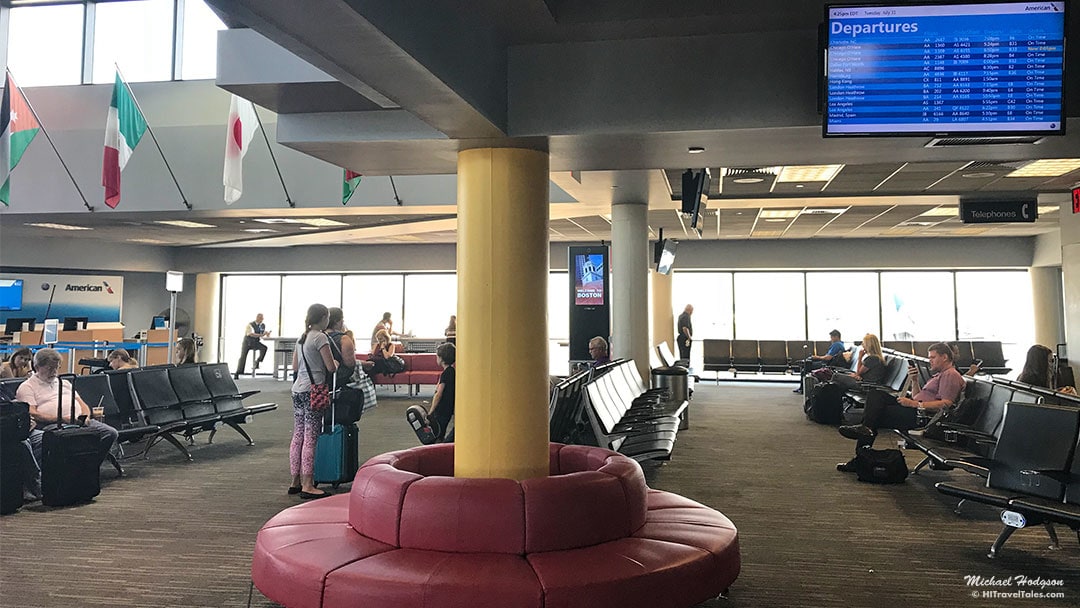 Hanging out for hours at an airport usually does not top a traveler’s list of favorite things to do. Airports are busy, loud, crowded, stressful and, frankly, not much fun. Unless, that is, you know where to go and what to do. So, here is what to do on a layover in Boston Logan airport, be it a couple of hours, or heaven forbid, longer.

Unfortunately, Boston’s Logan airport ranks 16th out of 19 airports in terms of size but among the worst in terms of traveler satisfaction, according to a 2018 J.D. Power survey. That’s not to say things have not improved because they have. We’ve been flying in and out of Logan on and off for a number of years now and can verify the food and retail options have dramatically improved since 2016. But, unless you have access to or wish to hang out in an airport lounge, it’s still not easy to find places to relax or things to do. We are here to help.

In the airport – layover up to 3 hours

If your layover in Boston is less than three hours, we’d recommend staying in the airport. It is relatively easy to get between any of the airport terminals in Boston’s Logan airport by either walking or taking the shuttle bus, which is free. There is complimentary Wi-Fi throughout the airport that is, well, as good as any public Wi-Fi – be sure you use a VPN. 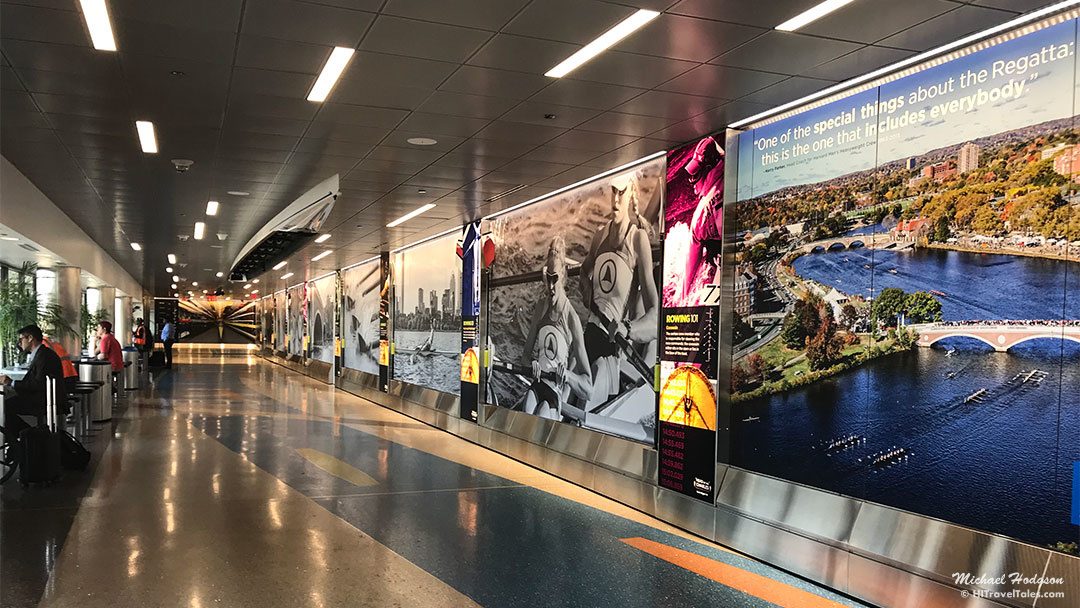 This hallway is in Terminal B and shows plenty of window seating with power plugs. Whenever I have been here, it has been relatively quite — other than the passing traffic to and from gates.

Eating – If you are hungry, there are an increasing number of good places to eat. Here are several of the standouts, from my own experience, and those of fellow travelers. You cannot go wrong with any of the locations for Boston’s famous Legal Sea Foods restaurants – one each in terminals A, B and C. There is also celebrity chef Todd English’s Bonfire, which features international fare and is located just past security in terminal B, or Stephanie’s, which offers classic pub fare and a full bar in terminals B and E. And then there is the airport chain wine bar, Vino Volo, located in terminal A, where you can order wine by the flight, glass or bottle as well as small plates which are quite delicious – and usually offers a calmer, comfier place to hang out. 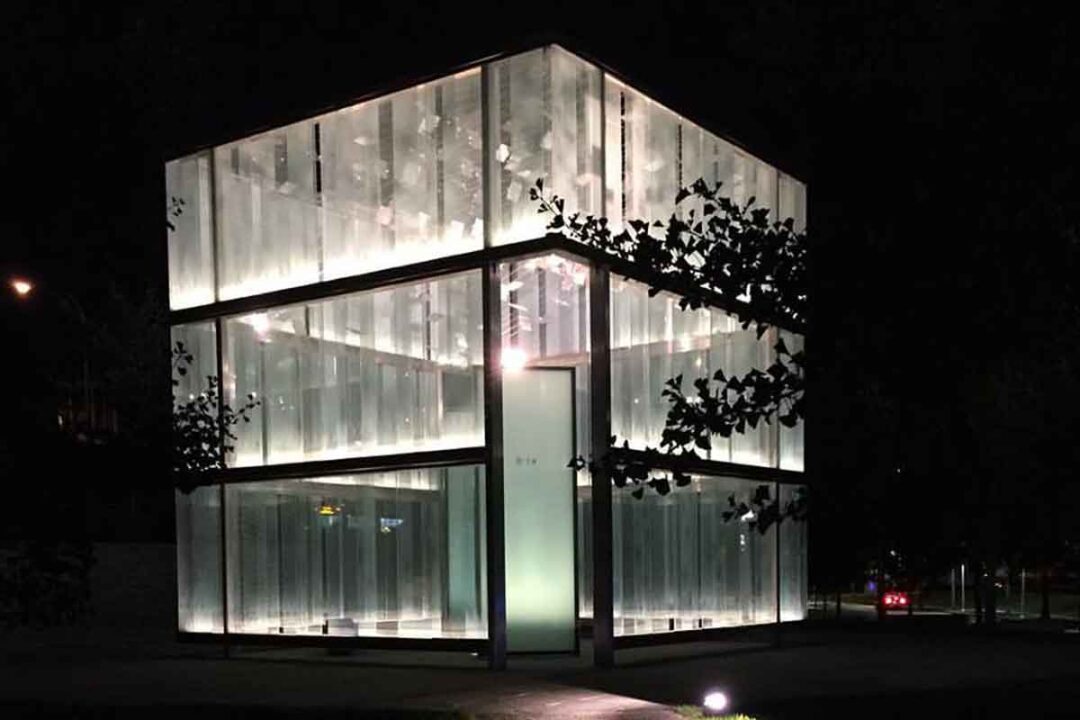 9/11 memorial – Take the time to visit the 9/11 outdoor memorial, located just outside of Logan International Airport. It is a moving glass sculpture that honors the passengers and crews from American Airlines Flight 11 and United Airlines Flight 175 that departed from Boston that day. The memorial has been open to all 24 hours a day, seven days a week since its dedication on Sept. 9, 2008. 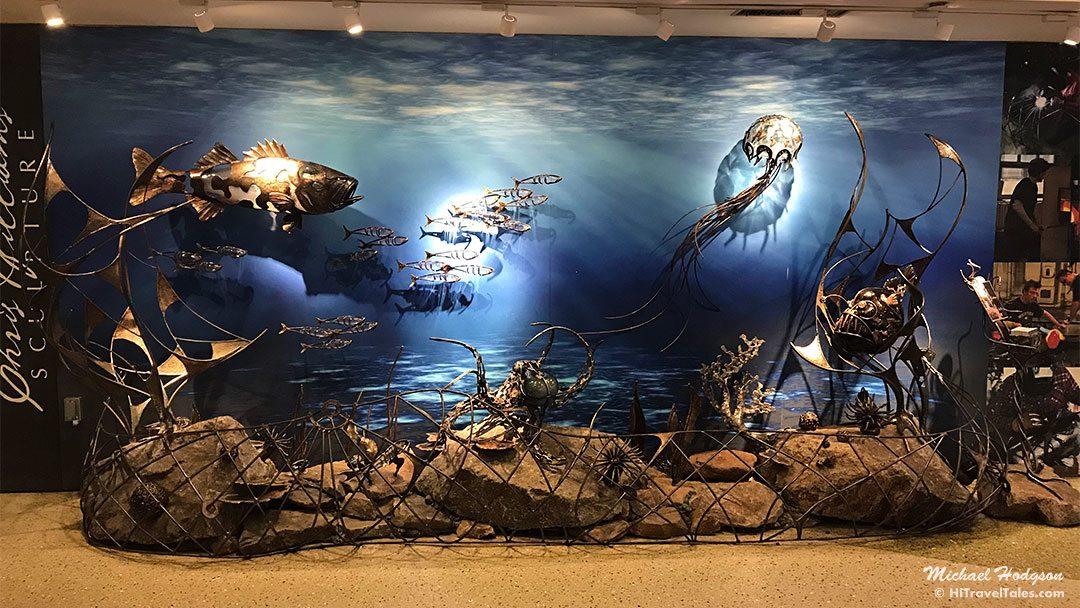 Art exhibits – Wander past the public art exhibits throughout the airport. There are permanent installations as well as rotating exhibits. Use the airport’s interactive map to decide what you want to see when you are next spending time in Logan. Simply click on the terminal you are in or going to, and then select Art Exhibits from the drop-down menu. 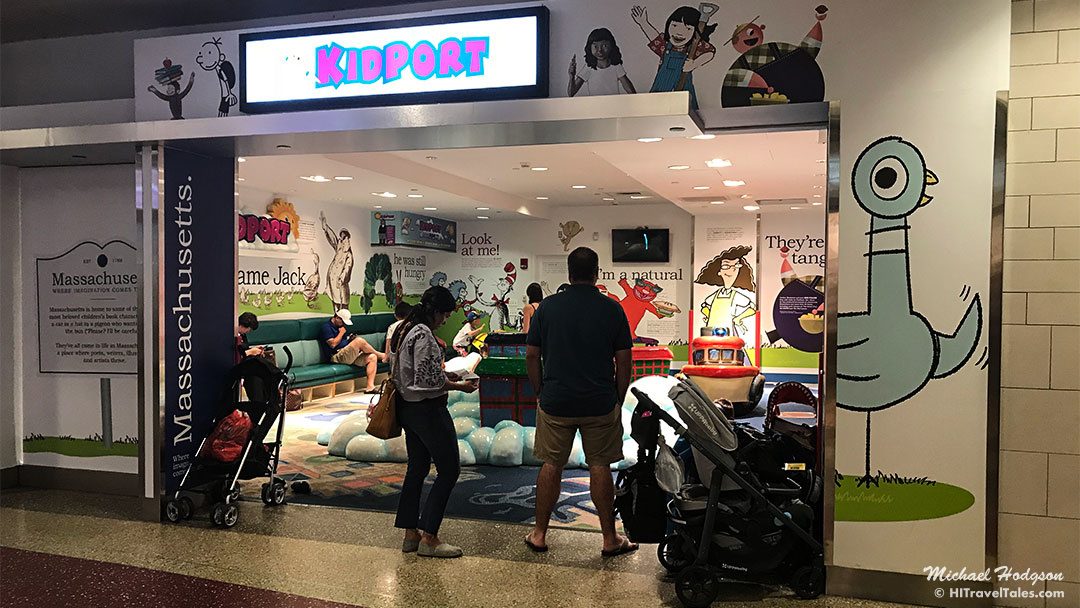 Entertaining children – If you’re traveling with children, you will likely need a place where they can burn off some energy before the next leg of your journey. No better place than a playground. At Logan airport, you will find Kidport playgrounds in terminals A, B and C. 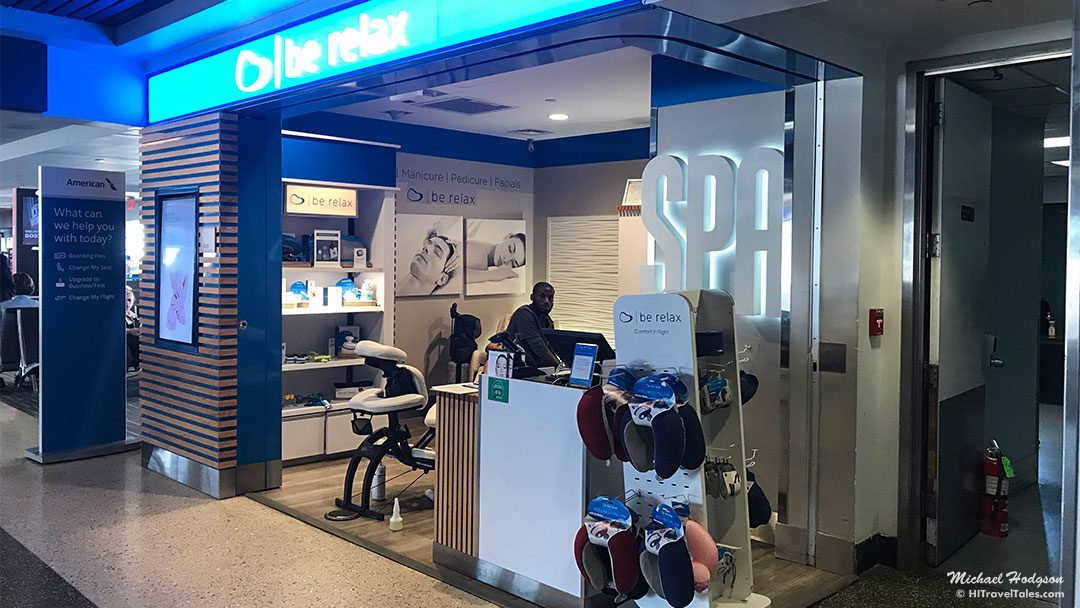 Pamper yourself – Boston’s Logan airport has several Be Relax locations where, even if you only have 30 minutes, you can take a shower, get a focused massage on the shoulders or feet, or even take a quick steam. Ahhhh…

One of the best things about Boston’s Logan airport is that it is so very close to downtown Boston. In fact, it is possible (traffic conditions vary so always check) to get from the airport to downtown in less than 15 minutes by car, or approximately 20 minutes or so using public transportation. The MBTA provides Blue Line Subway service and Silver Line Bus Rapid Transit into Boston.

If you have luggage to deal with and want to go into downtown Boston, then I’d recommend opting for the Rowes Wharf Water Transport which operates a water taxi service and a free shuttle from any terminal (shuttle bus 66) to the dock. The company offers luggage storage while you are touring Boston included in the airport package price.

Couple of my favorites:

Things to do in downtown Boston – If you have around four hours or more for your layover in Boston, then heading into downtown is a good choice. Using the water taxi that drops you off at Rowes Wharf, it is a short 5- to 15-minute walk to any of the following: 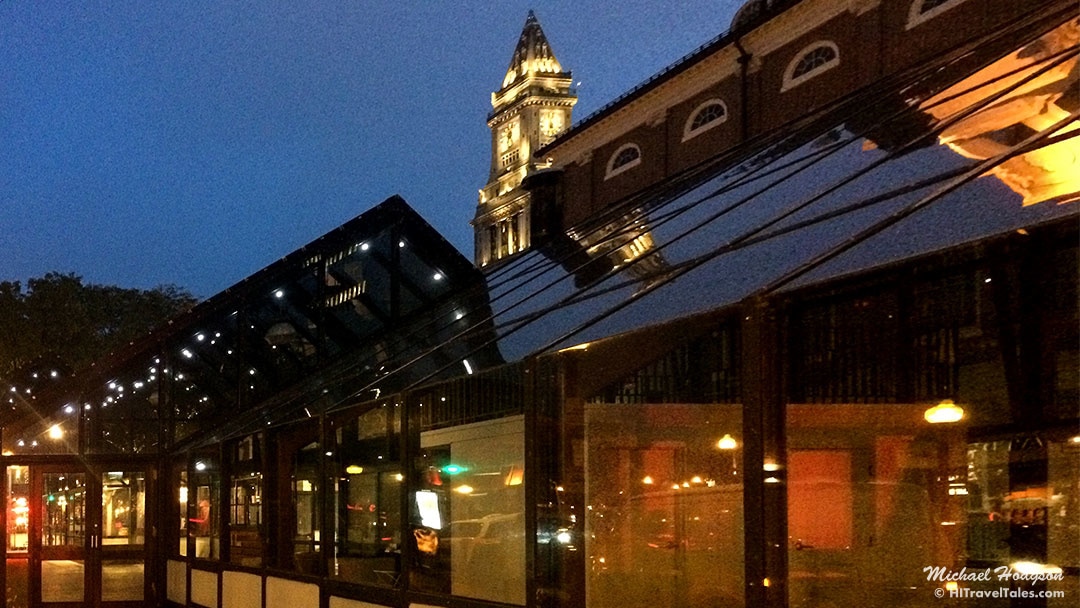 Discover more things to do around Boston 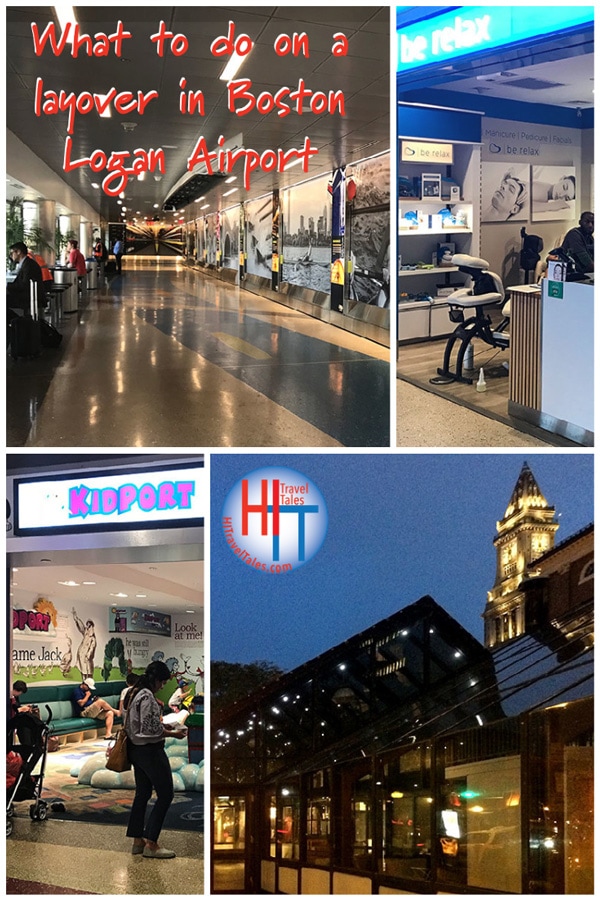 Have a layover coming up in Hong Kong, Seoul or Chicago?

Heads up! This information on a layover in Boston Logan airport was accurate when we published it on HI Travel Tales, but, as we know, traveling is all about changes (and inflation, sadly). It is your sole responsibility to confirm prices, transportation schedules, hours of operation, safety and health considerations, and any other important details before your adventure. 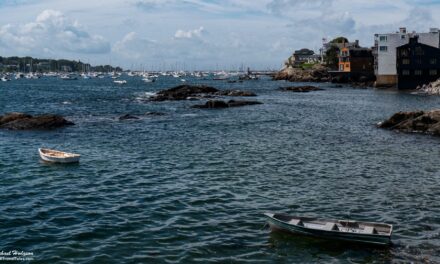 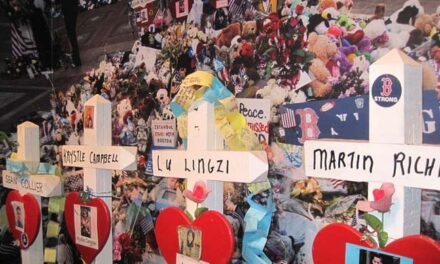 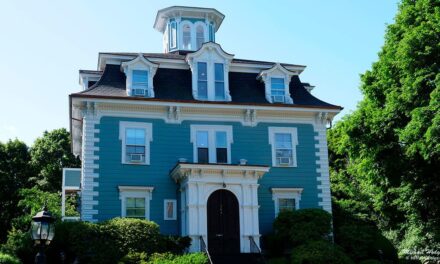 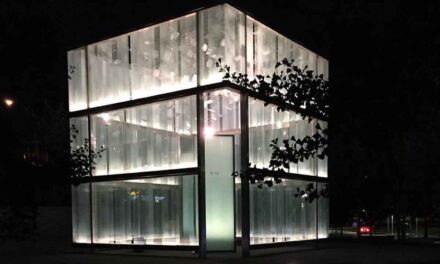