Why I hate ticks and how to prevent tick bites 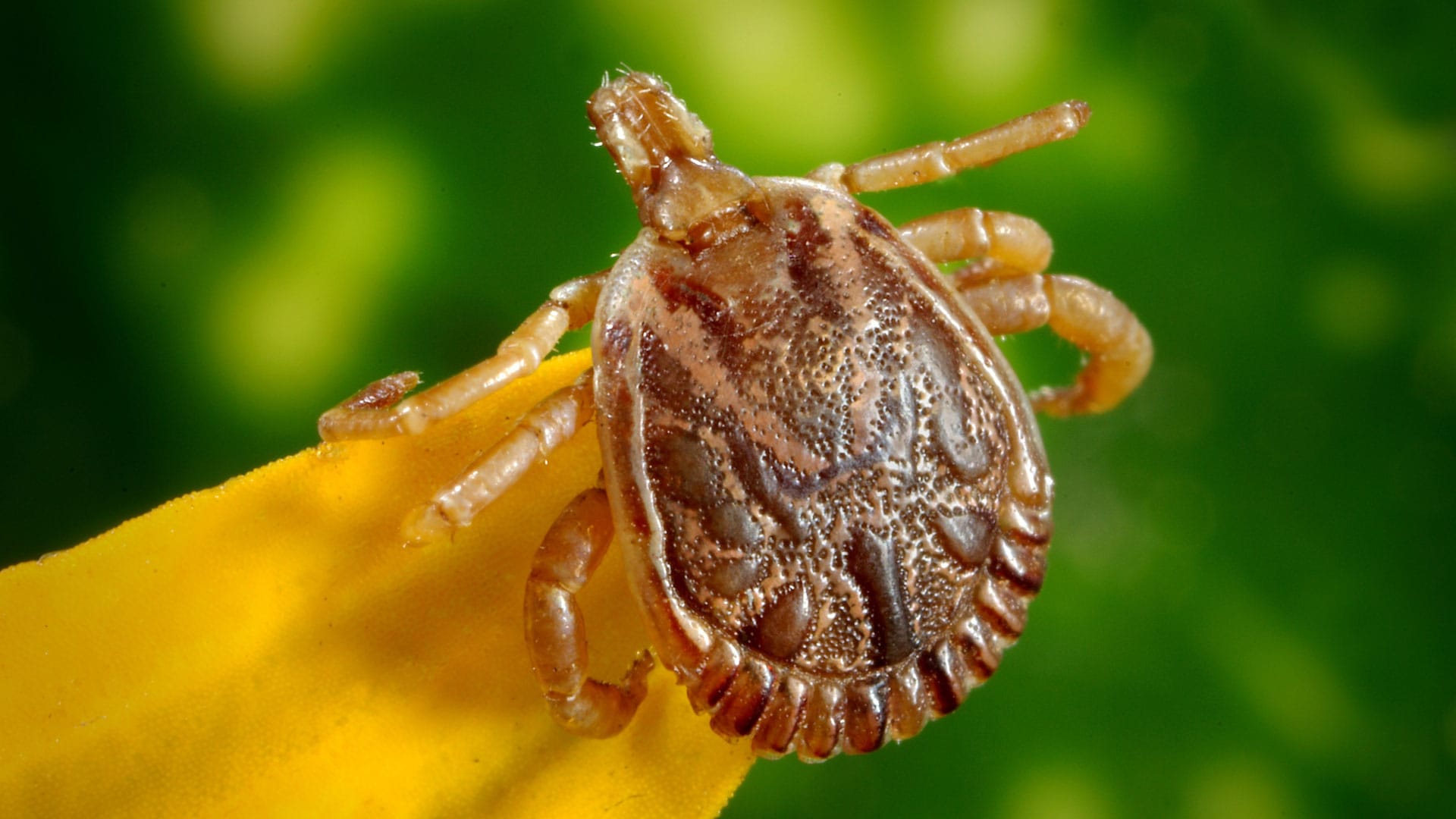 Thinking of ticks makes my skin crawl. Perhaps it is because of a tick’s need to attach to its host, in this case me, and draining blood…I hate ticks.

It’s not all that hard to realize why I hate ticks. I know I am not alone. The very thought of walking through woods and fields infested with ticks makes my skin crawl.  Perhaps it is because of a tick’s predilection to attaching itself firmly to its host, in this case me, and then draining a seemingly prodigious quantity of blood from those dark and moist places where I would rather not have something alien nibbling. Even with my skin dipped in insect repellent and clothes soaked in permethrin, I am on edge.

Observed logically, this disgust of mine has no solid foundation. After all, I have traveled to some of the wilder places on this earth, braving countless encounters with wildlife, large and small. I’ve scraped leeches from my legs after wading in southern swamps, ducked and swatted calmly through African jungles and Panamanian rainforests, casually brushed spiders (even poisonous ones) from my skin, swum with sharks, paddled with crocodiles, even wandered on foot among lions and hyenas. I know how to prevent tick bites! Yet all my wife has to do is hint that a tick might be crawling on my person and I begin hopping and bounding around in a state of near hysteria. Of course, she takes far too much delight in creating fictitious ticks for her personal entertainment. She knows I hate ticks.

It doesn’t help that I am intimately familiar with the disease-carrying potential of a tick. A friend of mine, Eric Weiss, an emergency medical physician and professor of emergency medicine at Stanford University (and founder of Adventure Medical Kits), once told me that of the 840 known tick species, about 100 species transmit infections. 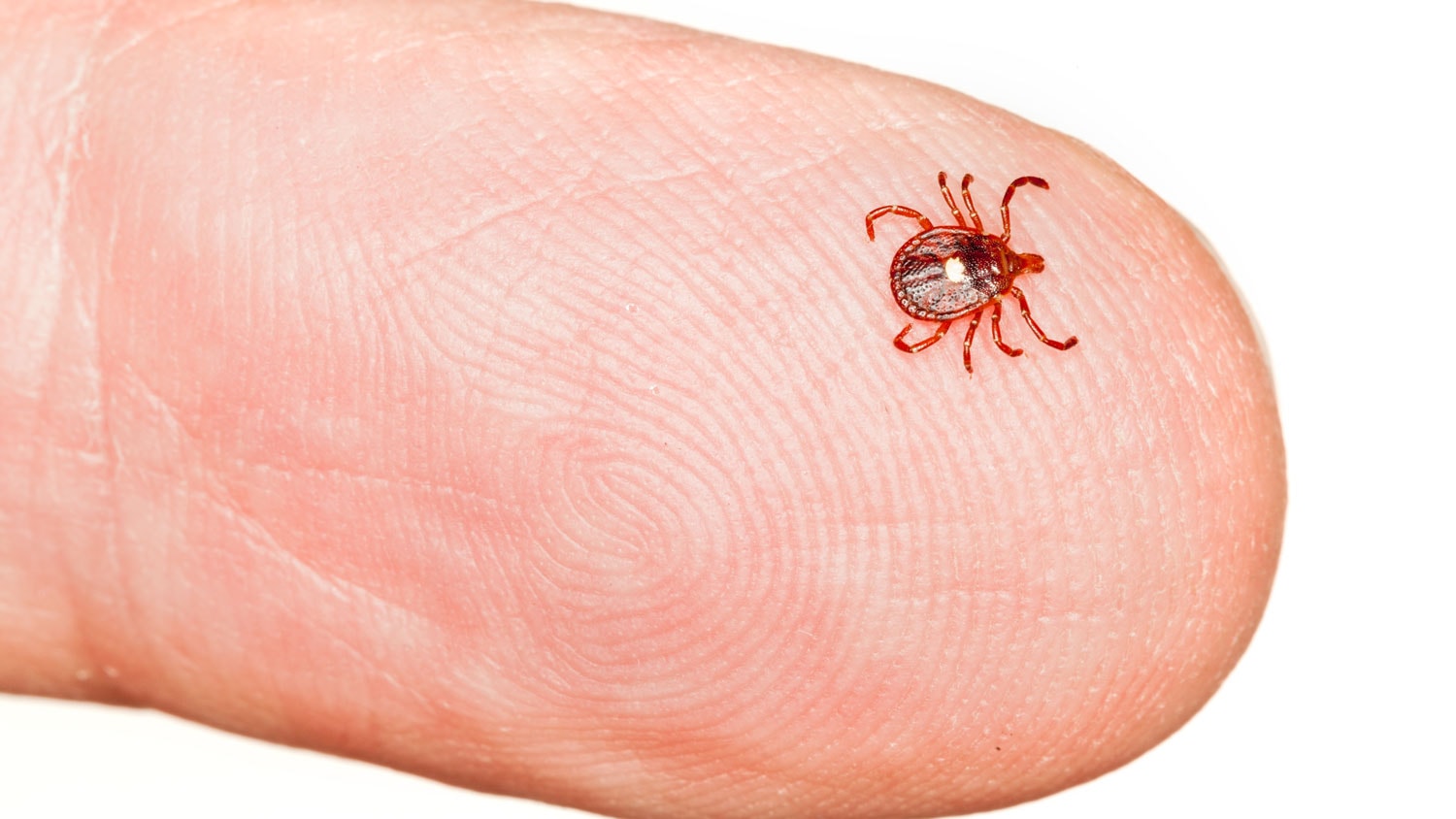 A tick hug lying in wait – another reason I hate ticks

I know that ticks cannot jump or fly and do not lie in wait among tree branches waiting to drop down in large numbers on me. Instead, they go on their quest by climbing to the tops of grasses or other upright objects and waiting patiently with forelegs extended as if seeking a hug — one hug I can do without thank you!  When fur, hair, skin or cloth brushes up against its legs, the tick locks on for the ride, moving from the point of contact to a suitable dark or moist place to set up shop.

Ticks to not “drill” their mouthparts into the skin. Ticks use two arms called “chelicerae,” which have barbs and rasp-like surfaces, to create a wound in the skin (quietly and painlessly). Through that, it lowers its trowel-shaped lower jaw, called the “hypostome” that is covered with backward-facing barbs.

Time of year is irrelevant to a tick’s activity — temperature is.  If the weather is above 45 degrees Fahrenheit, I know that ticks are going to be out and active, but ticks can still do their thing in much colder temps too. I hate the fact that their genetic pool has taught them that my blood supply has the consistency of thick syrup.  This means a tick must secrete saliva to thin my blood once it cuts into my skin.  That’s how it can pass any disease-carrying bacteria in its gut.  And that’s how Lyme disease, Rocky Mountain spotted fever, and other tick-borne illnesses are transmitted.

Know how to prevent tick bites

Avoiding being bitten starts with knowing where ticks might be hiding. Ticks are found all over the world, so when you travel to a destination, determine what the risk of getting a tick bite is, and what disease you may be at risk for if bitten. The best way to avoid a tick bite is to avoid ticks. Say out of wooded and brushy areas with high grasses when going for a hike. But that means staying out of some of the best places on earth … so nix that idea.

Next best thing is to use a very good insect repellent on your skin, and to treat your shoes, socks, pants and shirt with permethrin. Or, better yet, simply purchase clothing that is pretreated with insect repellent. 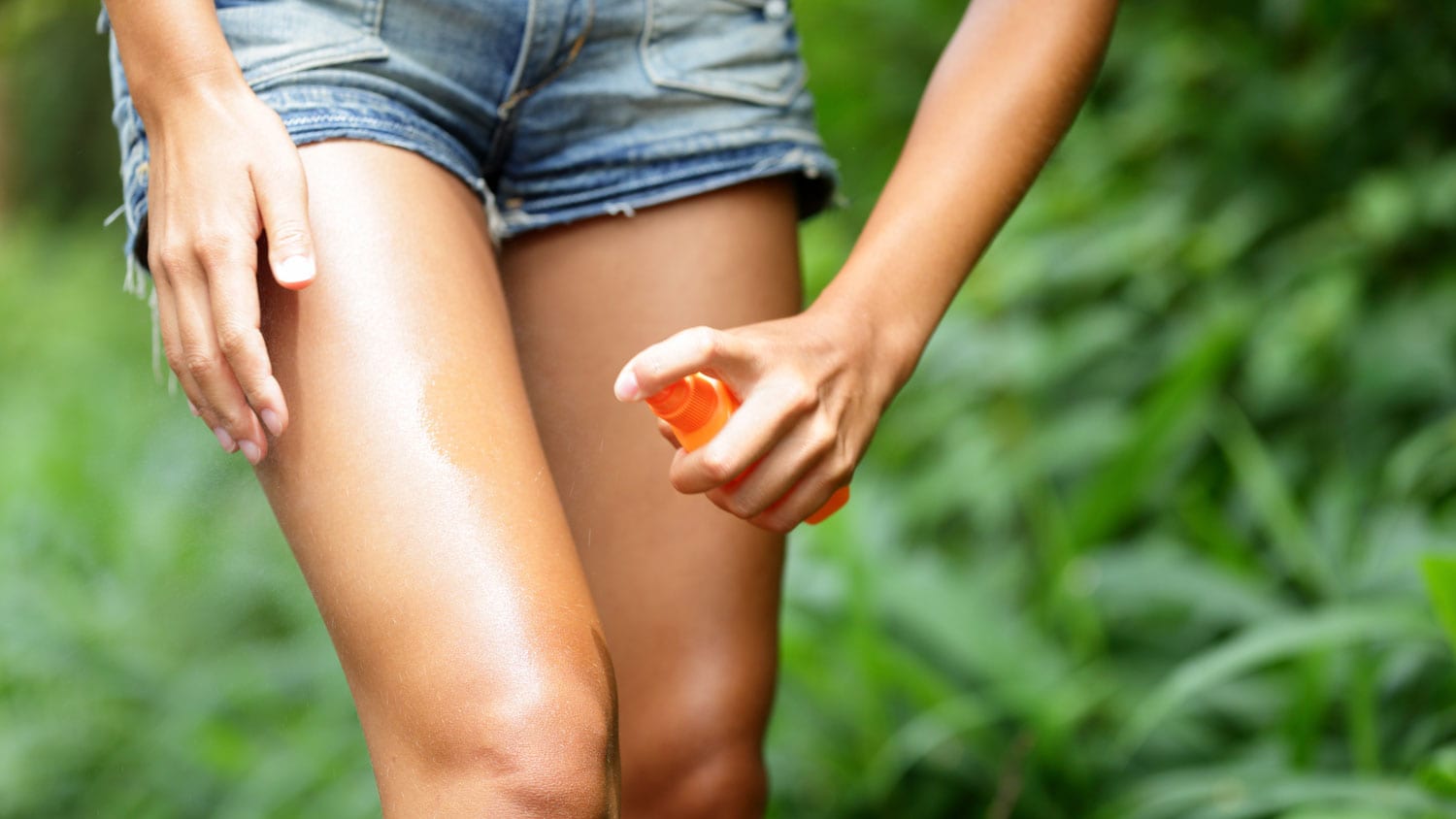 Using a good insect repellent is one way to help prevent tick bites.

If you’ve been out and about in an area known to have ticks, you would be wise to do an immediate tick check upon heading indoors. Take your clothing off and carefully look it over. Ticks love to hide in cuffs and creases. If you have access to a dryer, tumble dry your clothing on high heat (if the clothes can take that temperature) as that will kill any of the little buggers.

Where do you look for any tick that’s intent on drinking your blood? Armpits, groins, in and around ears, in and around your hair, inside a belly button, the back of knees, and undersides of breasts are favorite haunts. If by the time you discover the tick, it’s already burrowed in, you’ve got to first remove it before you try to kill it.

Methods of tick removal have become legendary in scope. Applying fingernail polish, rubbing alcohol, Vaseline, or a hot match or cigarette to its backside does not encourage the tick to release its hold and will most likely shock the tick sufficiently to cause it to regurgitate into the wound — a great way to further contaminate the blood with bacteria and enhance your chances for contracting a nasty disease. Nope, the best way to remove a tick is by getting as close as possible to the head (small tweezers help here) and slowly pulling the tick away from the skin without twisting or jerking. It’s as repulsive as it sounds. I always carry small tweezers in my travel medical kit! 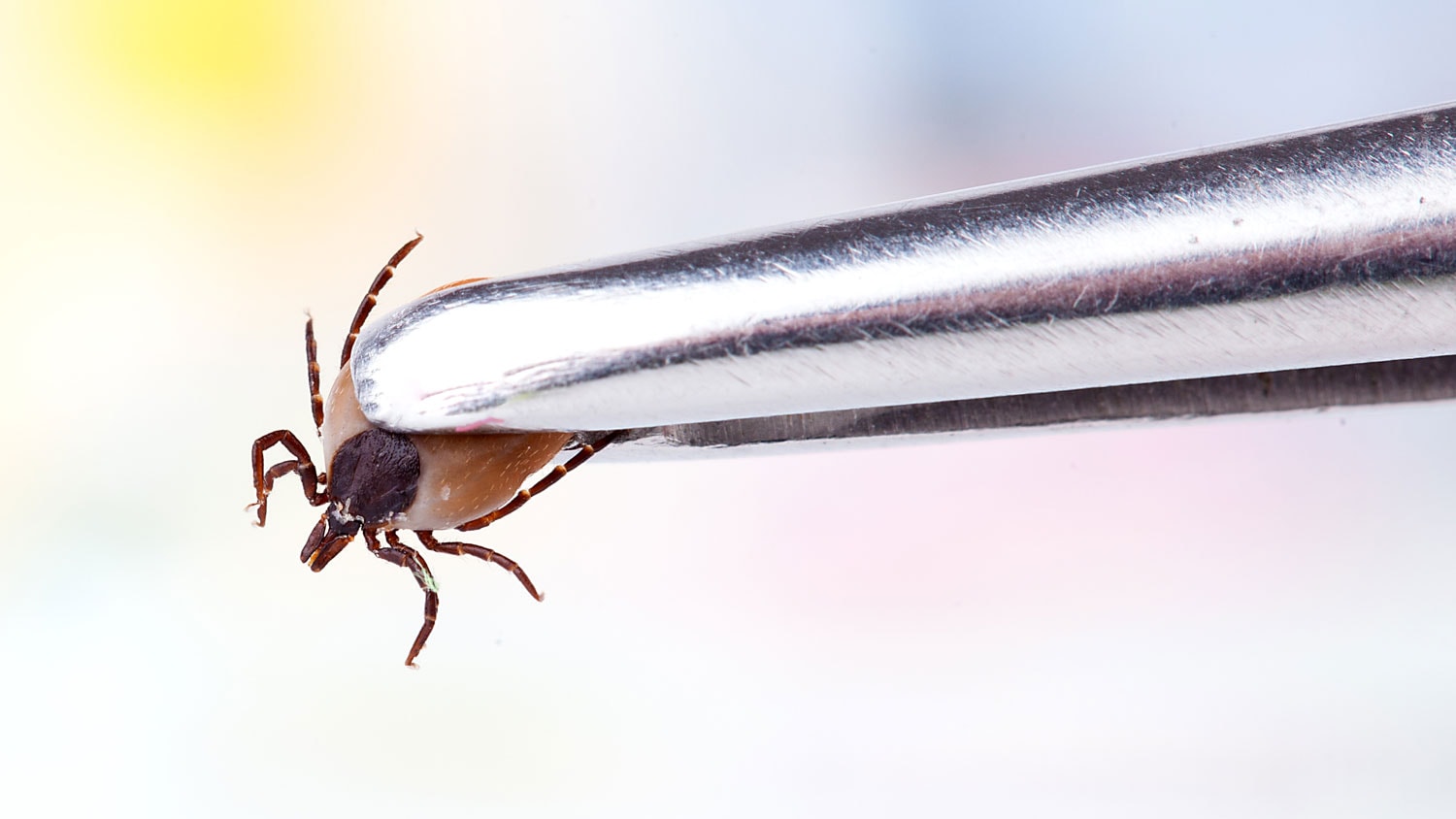 Why do ticks even exist?

On this earth, I know there is a reason for most things to exist. Heck, even mosquitoes have their redeeming features, but ticks? Not one that I can determine. Ticks deserve to die, but here’s the rub. Ticks are far too tolerant of environmental stresses, rather like the roach. They’ve learned to regenerate lost body parts, have few natural enemies and can go without dining for up to three years. Ticks are, for all practical purposes, a nightmare come to life.

There are only a few ways to kill the little suckers. First off, they don’t drown quickly.  They love moisture so flushing them down a toilet just moves their little bodies to a new location, albeit in a turbulent manner likely to really piss them off. Even a good dose of Raid only slows ’em down. The only effective way to kill a tick is by crushing (difficult and yucky too), by flame (I love it when they sizzle), or in alcohol (a good waste of vital brew).

In my opinion, the only good tick is a dead one. I’ve heard scientists are trying to control fruit flies by sterilizing the males so when they mate it’s without results. Why not try this with ticks? Probably because they’d just figure out a way to reproduce without mating. Damn, I hate ticks! 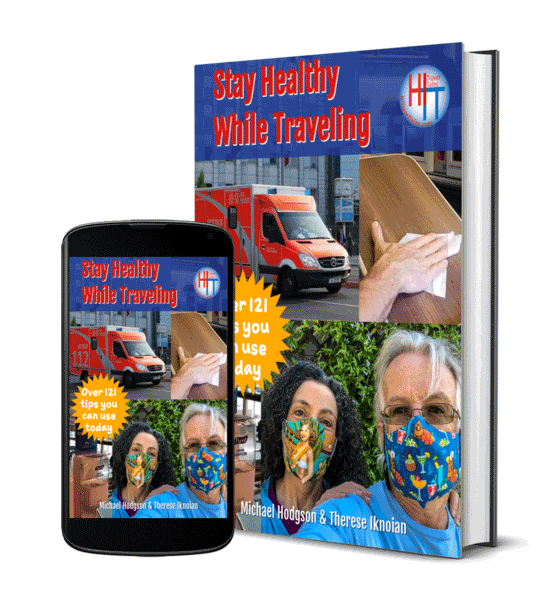 Members of our Subscriber Club can download Stay Healthy While Traveling for free. 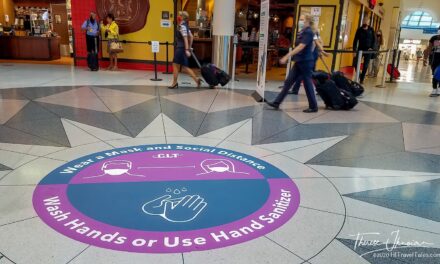 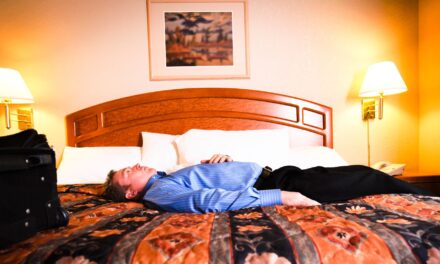 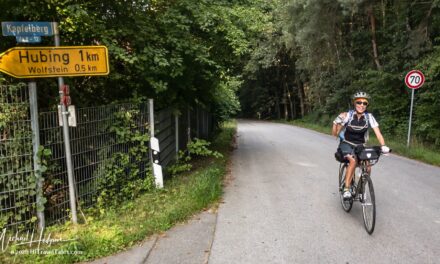 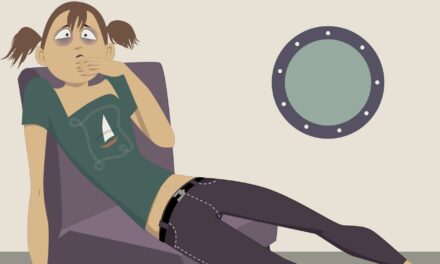