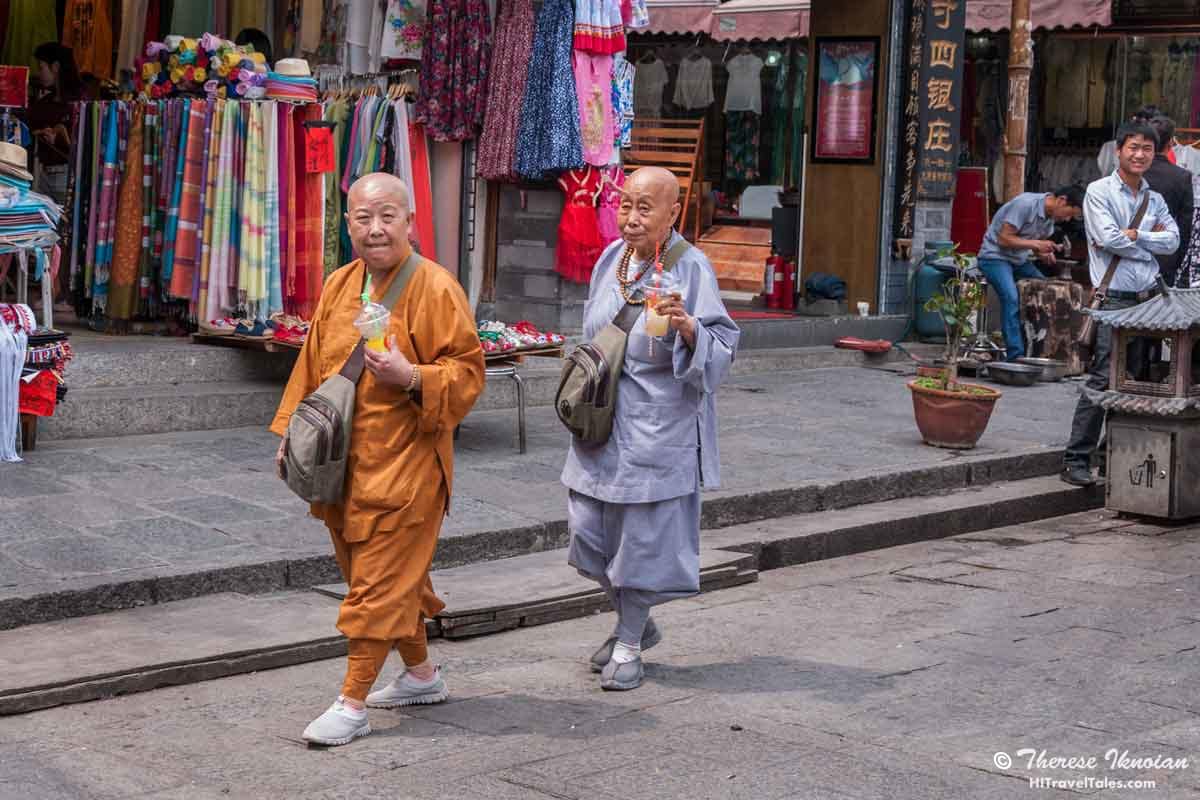 Dali is a town in the Yunnan Province of China that has a small feel, yet is quite the bustling metropolis. Dali old town is one of the main draws, attracting throngs of Chinese tourists but realtively few travelers from Western countries. Dali is the center of the Bai ethnic minority too, with its folk houses giving the old town a distinctive feel.

The ancient city was built during the Ming Dynasty and is preserved by the city. Its population is about 40,000, consisting of mostly the Bai as well as the Yi minorities.

With modern buildings prohibited in this area, the Dali old town has maintained a traditional feel and is quite visit worthy. Other than the old town in Dali, other popular sites in the Dali area are the Three Pagodas (take a day to see this!) and the town of Xizhou north of Dali with its Moon Bridge and the most amazing farmers market with fish, produce and meat.

The subject: While sitting in an outdoor area in front of an old town restaurant on – and we didn’t make this up – Foreigners Street, we were gawked at constantly by Chinese tourists. Many wanted to shake our hands, or they would take a sleuth selfie – with us in the background. The monks in my photo, however, didn’t care about us as they went about their afternoon outing in Dali old town.

The inspiration: On our entire trip through the Yunnan province in China, monks were irresistible subjects. Mostly they were quick to get out of the way of photos, and you had to be quick at stealing a snap. These two, though, were casually strolling down the street in Dali old town. I quickly moved to the outside edge of the restaurant and snapped a couple of shots as they strolled past before they saw me and turned their heads. Particularly appealing of course was their casual appearance, with bags carried cross-body, slip-on canvas shoes, and one daintily holding a smoothie with pinkie finger out. The contrast of the monks quietly making their way down a bustling street lined with tourist shops and filled with throngs of travelers offered a great contrast too.

Artist’s tools: My Nikon D90 has served me well for many an adventure, as does the 18-105mm lens f/3.5-5.6, both of which I got when I returned to photography after about 25 years! What I like about this focal length on a lens is its ability to capture almost everything for me without fiddling with changing lens or being draped with several cameras with different lenses. It allowed me to quickly move into position, zoom out a bit and get these monks in action. I was set at 1/160th of a second at f/8 with a focal length of 35mm. I also try to avoid over-processing so this has only the simplest of touches to tone down sharp swords of light that were distracting. This was taken in May 2016. 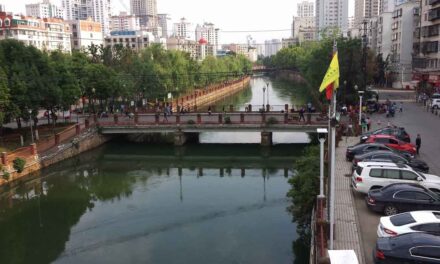 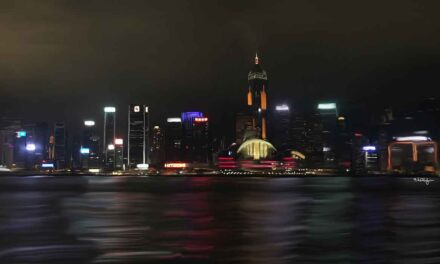 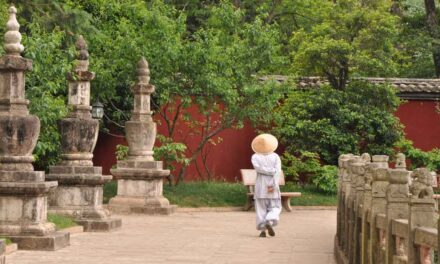 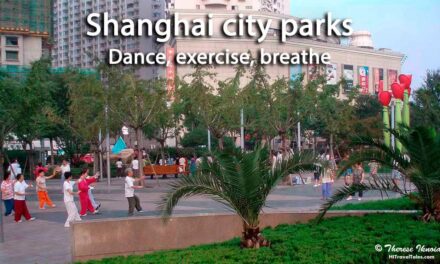