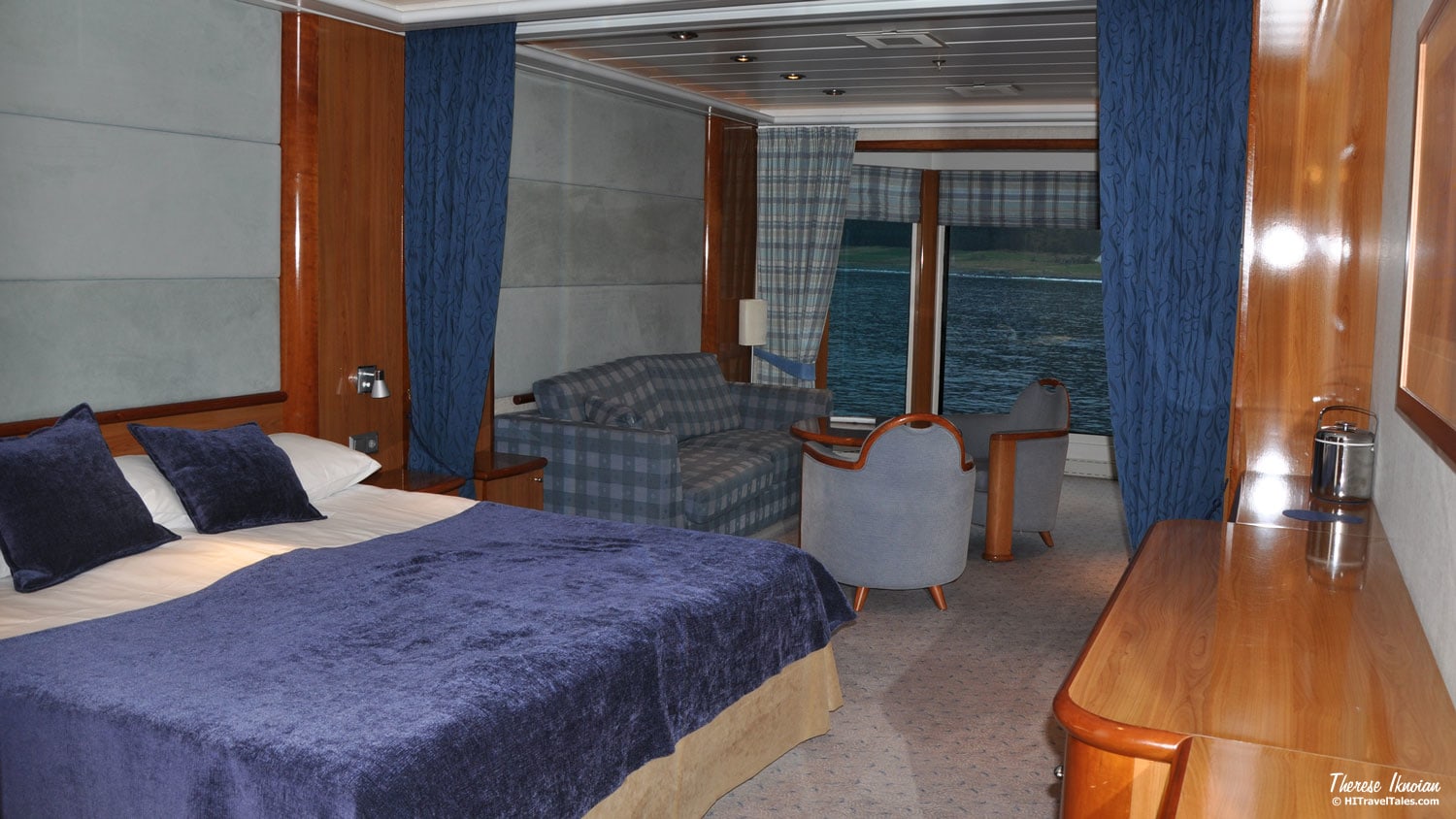 Prepping and planning for your Hurtigruten voyage can be a challenge, especially when it comes to picking the best cabin class for you among the many Hurtigruten cabins since there are 14-plus different types and shapes, although not all are available on all ships.

Still, weighing out your ROI (Return on Investment!) is key. Do not just pick the cheapest Hurtigruten cabin OR the most expensive OR leave it to the Hurtigruten staff to necessarily steer you straight. When HI Travel Tales did a Norway trip on the Hurtigruten in 2014, we opted for a little more space and chose a so-called Mini-Suite (Q class, now also called an Expedition Suite, albeit an “entry level” one). The Hurtigruten advisor selected a room for us, but afterward I analyzed the Hurtigruten cabin layouts on the website and, if accurate, the room was in fact a smaller mini-suite than others. I called back and changed it. And are we glad I did! If you’re going to pay the money, then get the best you can. 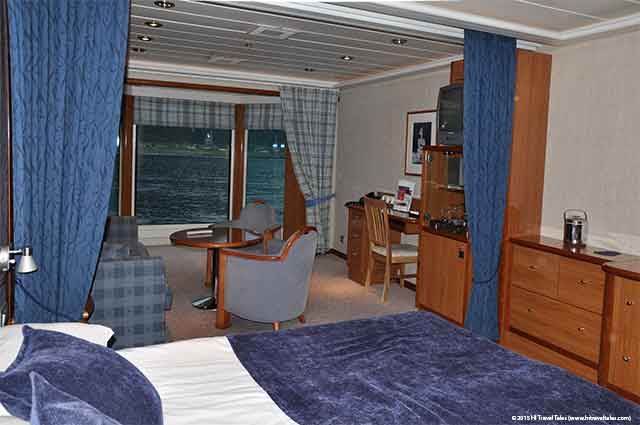 Important advice as you start to analyze all of the many Hurtigruten cabin types and letter classifications (called “grades”): Almost without exception all Polar (lowest class) and Arctic (middle class) rooms have separate beds and are quite similar. That means two separate single beds that flip down or up, converting from seating or sofas to a bed. You don’t get the option of a double bed (or many other amenities) until you get to the Expedition class cabin types. (The Polar, Arctic and Expedition names were added by Hurtigruten in 2015.)

These are called “cozy” by Hurtigruten, i.e. small and windowless, and are graded I and D. They are significantly less expensive and, no, you may not spend a lot of time in your room so these could be fine, especially if you are traveling alone. Some of these on some ships have upper and lower berths, requiring a ladder. D grade only has a washbasin. Really, unless you are a super tight budget, try to squeeze out the extra for at least an outside room. 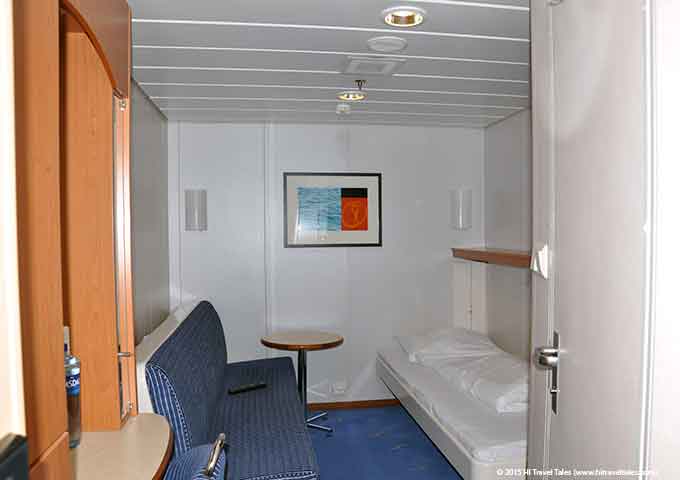 A tiny step up from the Polar Inside that include cabin grades A, J, L, N, and O. They are basically the same size, but add a window. There are a few different configurations sprinkled here and there, basically due to working around ship shapes and construction. Some for example have one bed under the window and another at a right angle along the wall. Those can be a bit wider and may offer a larger desk area.

HITT Tip: Make note how the size even for one class (grade) of cabin can change and ask specifically where your room fits into that spread. A Polar Outside cabin can range from 54 to 140 square feet (5-13 square meters). Big difference! The longer you’re going to be on the ship, the wiser it may be to upgrade a bit.

This class (grades P, U and QJ, and F or FJ on some ships) mostly differentiates itself by adding a few amenities such as free water on board (otherwise you pay for even one glass at meals!), bathroom amenities, in-room coffee/tea-making facilities, and a TV (not that you should be sitting there watching TV with the Norwegian coast out your window). They are also usually on higher decks too. The P and U grade rooms are the same size range and configuration as Polar rooms, however. The QJ room is an interesting mix in that it is significantly larger – more like a mini-suite – but still less expensive because it has a limited or non-existent view. Honestly, an option worth considering since you don’t really spend a lot of time in the room looking out the window. 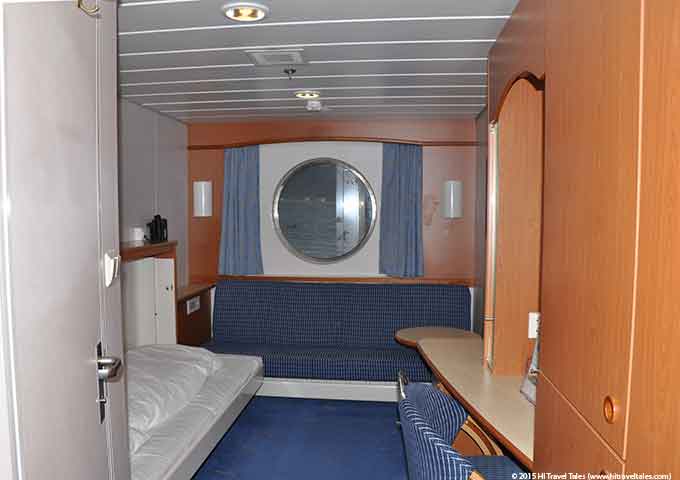 This is where the differences truly kick in. Not counting the expansive MX Owner’s Suite grade, these can be double, triple or quadruple the size of other cabin grades and are graded Q, M, MG and MX. Which means their size is more like most normal “European” hotel rooms to even like slightly larger such hotel rooms. Nevertheless, you have a bit of room to spread out, have someplace to store luggage, get even more amenities (including free airport transfer in Bergen with private car), and aren’t constantly saying, “Excuse me” to move to the other side of the room! 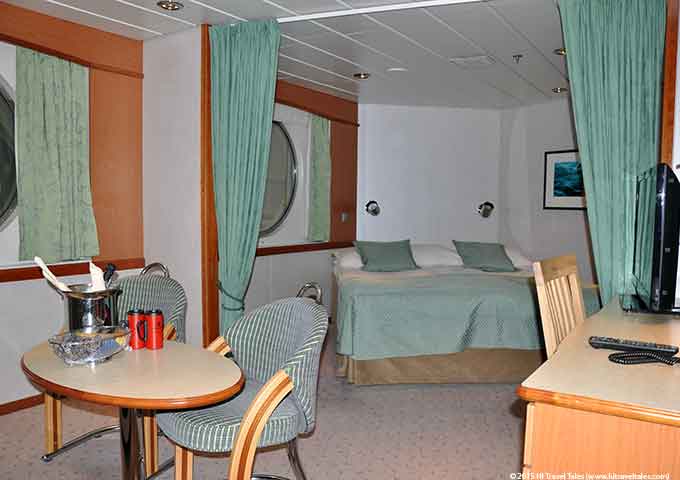 Bottomline: Take charge of yourself and spend time comparing all the Hurtigruten ships. Once you choose your ship and voyage, spend time comparing the room layouts on the website or in the catalogs. The fine print says the Hurtigruten ship cabin layouts are not necessarily accurate (and “subject to change”). That is true. But they are dang close and won’t usually change in one season. Also, Hurtigruten cabins on each ship are a bit different. However, a quick study of the layouts (and the few photos that are online), and it’s pretty easy to tell if for example you are behind a stack of lifeboats and won’t see a thing although you paid for an outside cabin, if you are near a door where it may be noisy, or if you are on a deck with passenger walkway and thus people may gather outside your window (vital consideration in nicer weather when passengers do congregate outside and day trippers have no place else to go).

HITT Tip: You may also find a few other irregular classifications of room grades, e.g. a “J” after a letter basically means no view or very limited view, while a number after a letter (U2 or P3, for example) tells you how many people can occupy the room.

Get all our best European travel tips delivered to your inbox

Join our Subscribers Club to get all of our best European travel tips, plus receive a monthly newsletter full of travel inspiration and access to our FREE downloads library with travel guides, photography advice, and more -- always FREE for our Subscribers Club.

Places in Norway you will visit on your Hurtigruten cruise +1

On your Hurtigruten cruise, you’ll get the chance to visit  Trondheim, Alesund, Bergen, and Kirkenes. Be sure to read Eight reasons to visit Trondheim, Beautiful Alesund inspires artists and photographers, Kirkenes Travel Tips: An Arctic frontier at road’s end, and Bergen travel essentials – what to do in Bergen. And we’d also suggest if you have time checking out Roros — an amazing UNESCO World Heritage site — read Visit Roros, Norway: UNESCO World Heritage Town to learn more. 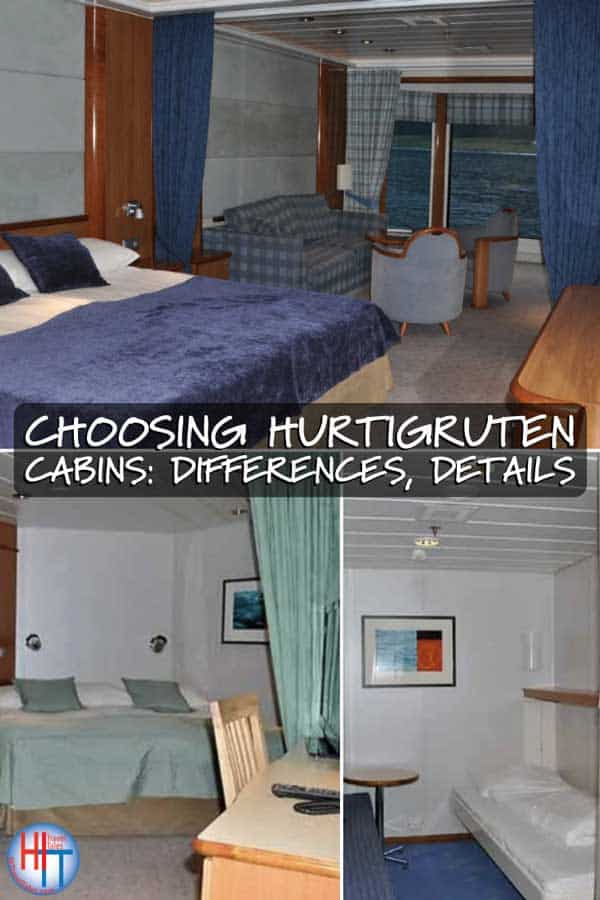 Heads up! This information on the Hurtigruten Cabins was accurate when we published it on HI Travel Tales, but, as we know, traveling is all about changes (and inflation, sadly). It is your sole responsibility to confirm prices, transportation schedules, hours of operation, safety and health considerations, and any other important details before your adventure. 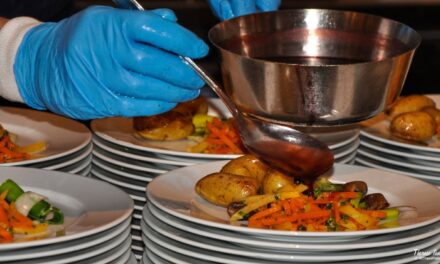 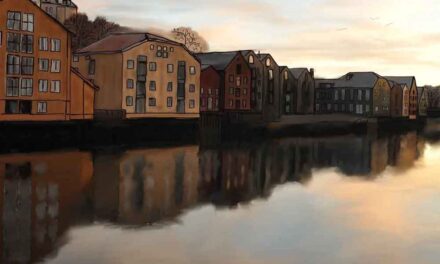 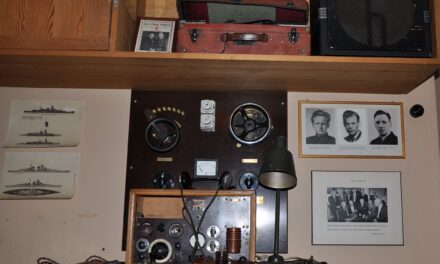 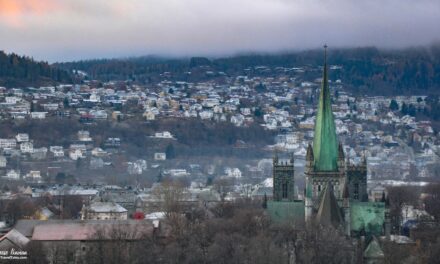