5 Endangered Places in Chile You Should Visit and Help Protect 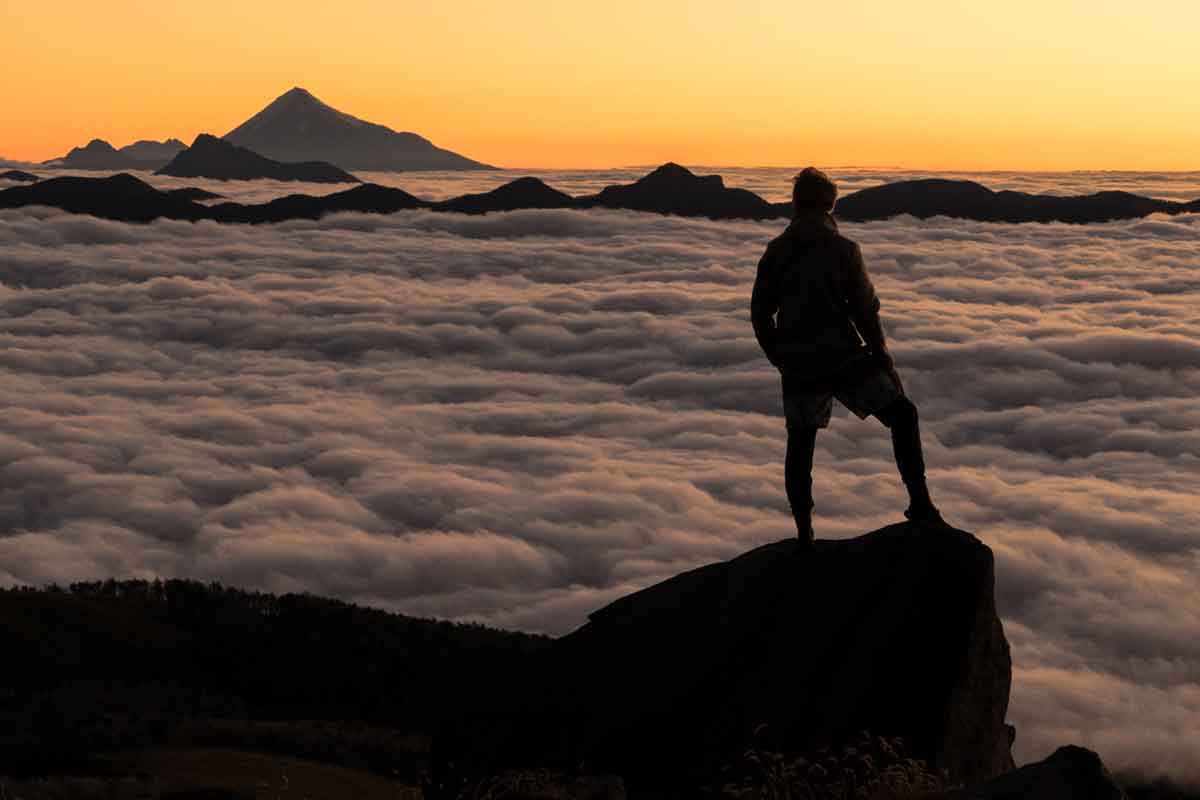 In December 2016, Robyn McLellan, Aljoscha Adam, Robert Caruana Dingli, and I set off on a four-month adventure to Chilean Patagonia to film a feature documentary highlighting the beauty of the country, the culture and the people, and to draw attention to the environmental issues and endangered places in Chile. (Ed Note – you can still contribute to support this film: A Kickstarter campaign for the film, “Unbounded,” raises awareness and funds for environmental causes in Chile.) We followed a relatively unknown route, “The Greater Patagonian Trail,” which is believed to be the longest continuous trail network in South America. The trail took us through towering peaks, overgrown forests, barren deserts, active volcanoes, and nearly everything imaginable. It was these landscapes and the people we met along the way that sparked our passion and love for this region.

What really surprised us was discovering that places so wild, so untouched and so breathtaking are in danger of being destroyed through commercial development. The five places below are a few of the locations we encountered that are completely pristine and need more people in the world to understand their significance and beauty and to begin hopefully to care enough to help protect them. 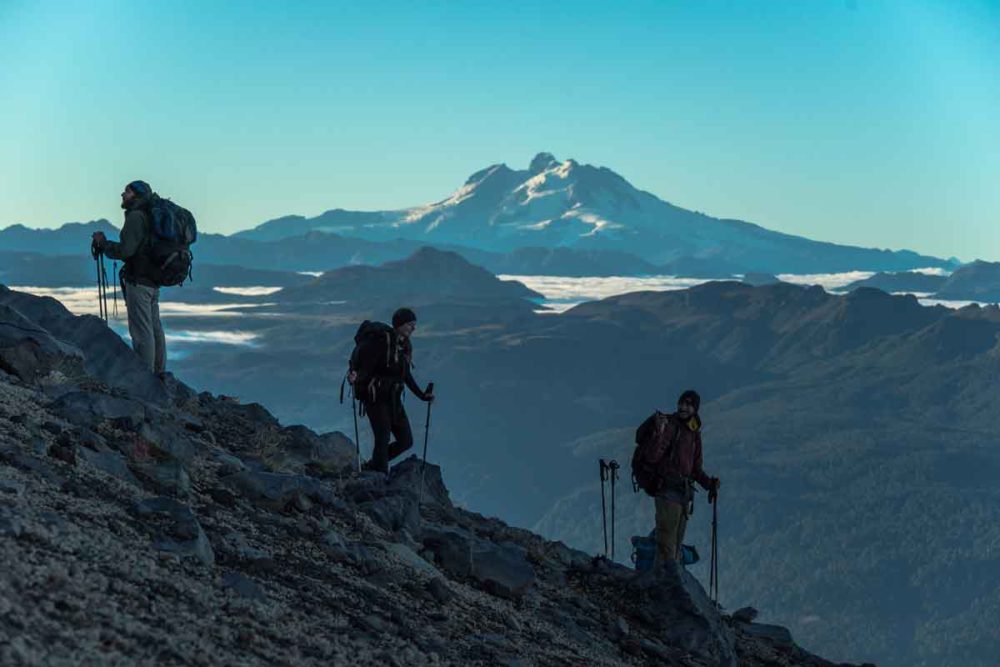 The Nuble River is a lesser-known river in Chile consisting of class III/IV action rapids, beautiful blue water and bounded by towering mountains. The river lies near the town of San Fabian de Alico, about four hours northeast of Conception near central Chile. The river is a favorite for rafters as it boasts beautiful scenery and challenging rapids.

The river is also (somewhat) comparable to the more well-known Bio Bio River, which serves as the classic example of dam devastation in Chile. The Bio Bio River was once one of the ultimate rafting destinations in world until it several mega hydroelectric dams were built along its path. These dams restricted the water flow, caused the forced relocation of indigenous and local communities, destroyed local flora and fauna and caused irreversible damage to the riparian environment. Now, the Nuble River is facing similar challenges as a mega hydroelectric dam is now proposed for the river. 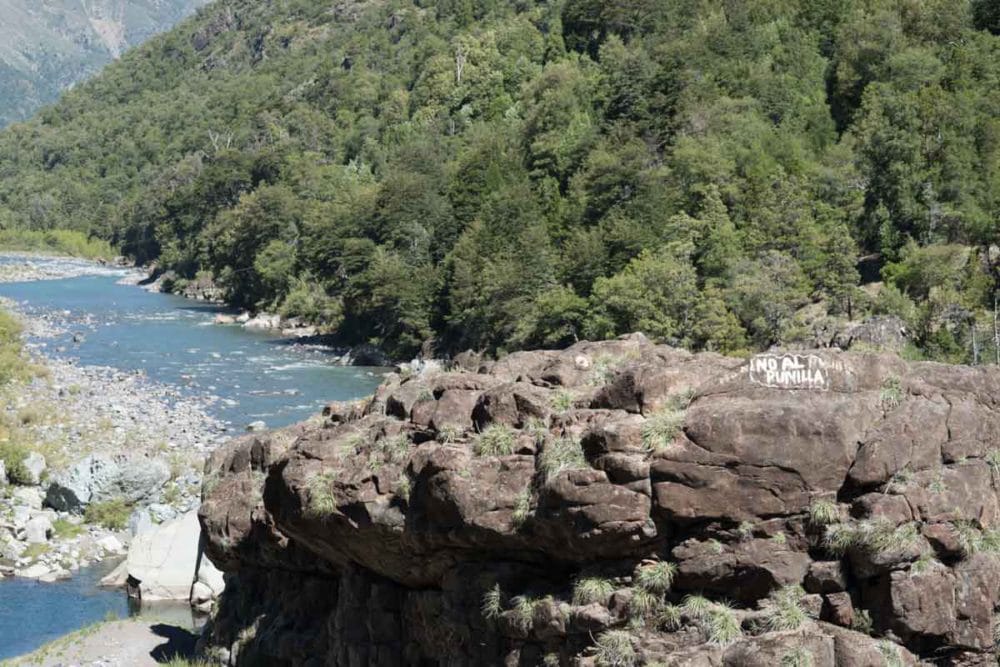 These projects would jeopardize the class III/IV whitewater opportunities as well as relocate local farmers. This area is also home to numerous native forests and endangered animals including the Huemul – an endangered deer species found only in Argentina and Chile that is represented as a symbol on the national shield of Chile.

HITT TIP: To learn a little more about the Nuble River, one of the endangered places in Chile, and the projects that are slated for this pristine water, check out this short video by Nuble Libre, an organization working to protect the Nuble River.

Cochamo is considered by many to be the official entrance into Patagonia, although the actual borders of Patagonia have been debated ever since the region has existed. Cochamo Valley lies in the southern part of Chile, just east of the major city Puerto Montt, in the heart of the Andes Mountains. 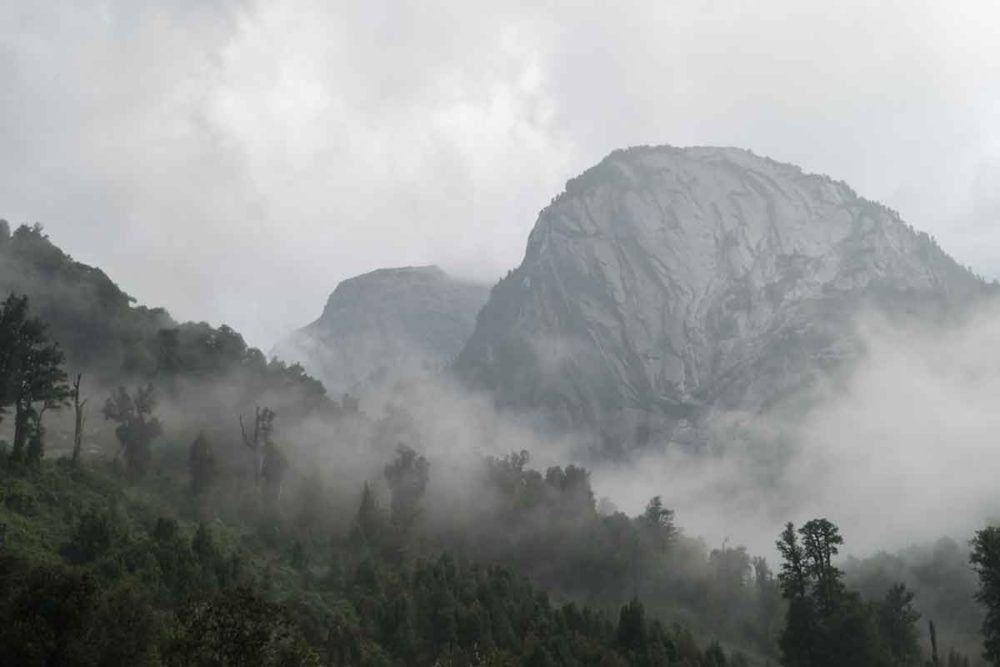 We were lucky enough to hike and packraft around the Cochamo area and found the rivers and mountains here are unlike anywhere else in the world. The rivers that we rafted were the Manso and Puelo – two rivers currently under threat by more hydroelectric dams. These rivers are about as blue and beautiful as they come. Turquoise water, massive peaks in the distance, and as much solitude and tranquility as one could ask for. The fact that these rivers are even under consideration for exploitation is mind-boggling in itself.

Luckily, there is a very large community fighting back. Puelo Sin Torres (Puelo Without Towers) is the name of the movement that is standing up against the current project – The Mediterranean Project – that is attempting to dam the Puelo River and build power lines across this pristine land. Kayakers, activists, actors, lawyers and locals have all teamed up together to help protect this famous river and the area around it.

HITT TIP: To learn more about Puelo Sin Torres and other projects in the Cochamo Valley, visit http://www.puelopatagonia.cl/

If you haven’t heard of the Futaleufu, I strongly recommend you look it up because this river is truly one of the icons of Chile. The Futaleufu River is located in the small town, Futaleufu, and is known for being one of, if not the best, river for whitewater rafting in the world. Futaleufu begins in Northern Patagonia and runs along the border between Chile and Argentina (the river actually goes through both countries). The river and the town symbolize picturesque Patagonia — surrounded by snow-peaked mountains, glacier-fed lakes and dense forests. 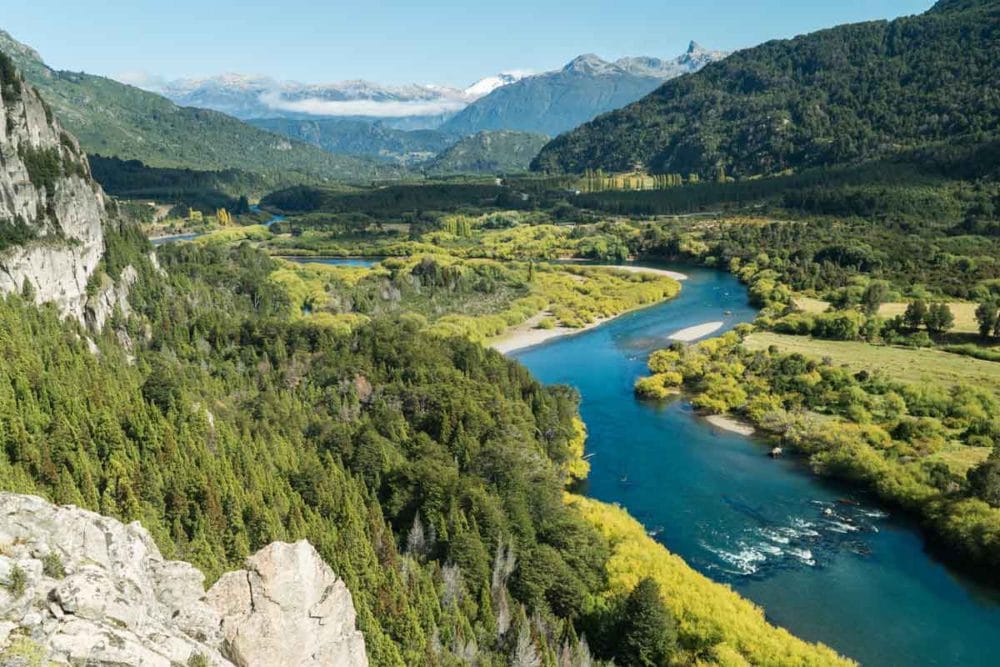 Looking out over the famous Futaleufu River – photo by Garrett Martin.

The Baker River is another one of the amazing rivers in Chile. With ass bright blue as water can get and some of the most powerful rapids in Chile, this river is absolutely breathtaking. Located in the beautiful Aysen region of Chile, in the heart of Patagonia, this river drains from the famous General Lake Carrera and is the largest river in Chile in terms of volume of water flowing along it. 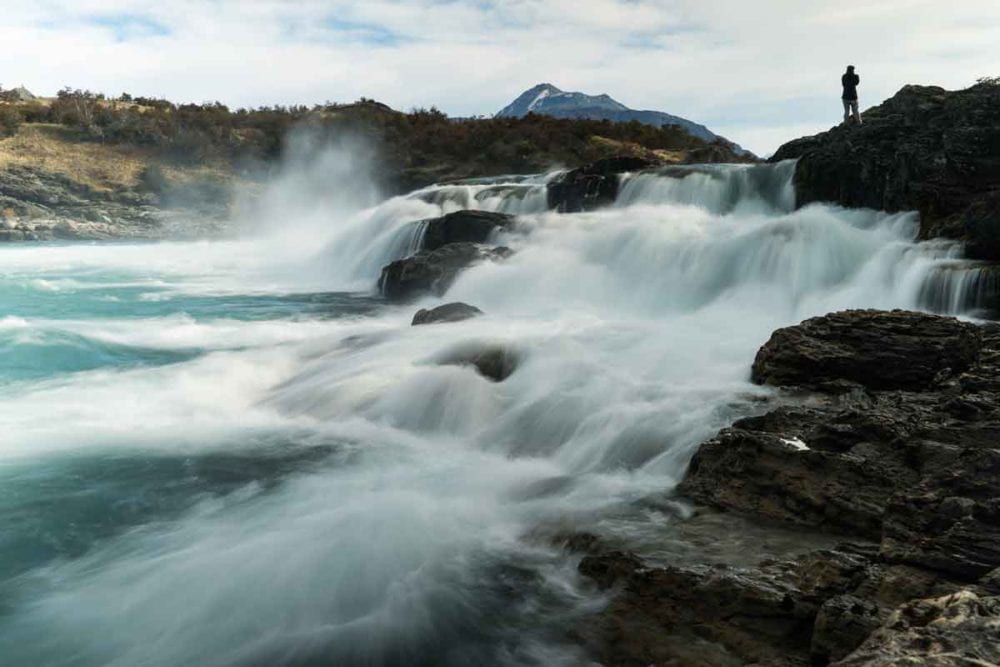 No surprise here that this river has been at huge risk and a big controversy in Patagonia for years. Because of its volume and power of water, it is the ideal location for one of the mega hydroelectric dams that are being proposed across the country. Luckily, the initial project by HidroAysen proposing five dams on this river and the Pascua River was scrapped a few years ago. The project called for flooding 5,900 hectares (146 acres) and destroying some of the most pristine landscapes of all of Patagonia. Thanks to the famous campaign, Patagonia Sin Represas (Patagonia Without Dams), this is no longer the case.

Still, this river continues to attract development attention as companies are looking to take advantage of the Baker and nearby rivers. Jobs, money and relocation are all incentives these corporations offer in an attempt to divide communities and make a quick profit.

HITT TIP: To learn more about the protection of Aysen, which is the region where the Baker River is located and quite possibly the most beautiful part of Patagonia, head over to http://www.aisenreservadevida.cl/.

Ending on a more positive note, Patagonia National Park is a place that was once endangered but, thanks to enormous efforts of Conservacion Patagonia and the Tompkins Conservation, is now protected. 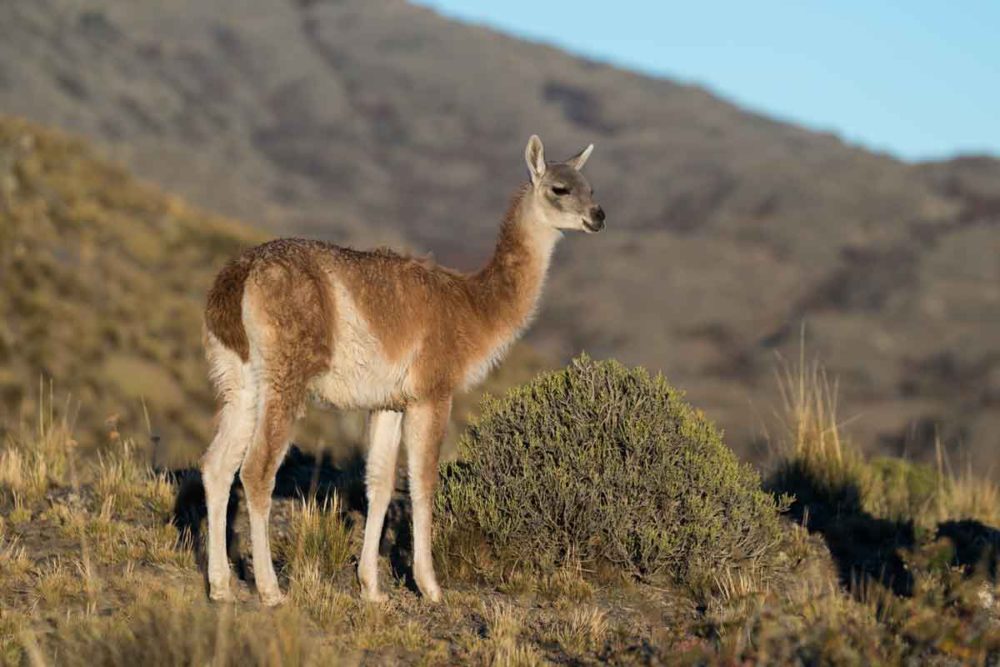 We were fortunate enough to spend some time in the park, interviewing the staff and filming, and although we only spent a couple days there, we were collectively stunned at the beauty. We witnessed more wildlife those two days than the entire four months prior. Dozens and dozens of guanacos (Andean mammal similar to domestic llamas) and Culpeo foxes roaming the plains, an armadillo along the hiking trail and an incredible biodiversity of birds that is unlike anywhere else in the world. 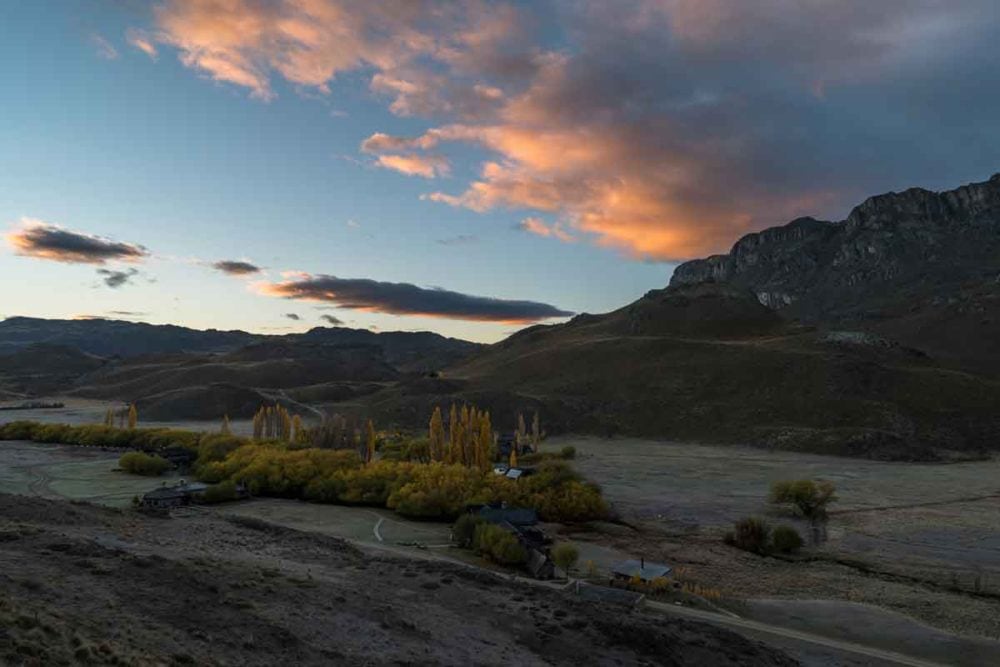 Sunrise looking out over the Patagonia National Park headquarters – photo by Garrett Martin.

These are only a few of the endangered places in Chile that we encountered on our trip. This is certainly not a comprehensive list of the places in Chile currently under threat. The Alto Maipo project for example, right outside of Santiago, is currently threatening access to water for 7 million people in the city (40 percent of the total population of Chile). Many other rivers and tracts of land are facing exploitation from corporations across the country through hydroelectric dams, destructive mining and other unsustainable development practices that cause permanent damage to the ecosystems.

In order to help protect these lands, please consider donating to the environmental organizations I highlighted in this story and share their causes so more people can be aware of the threats to these pristine, wild areas.

I also invite you to support our film, “Unbounded,” which follows our journey along the Andes Mountains in Chile and works to raise awareness and funds for environmental organizations in Chile. This is the Kickstarter where you can view the first teaser for the film and support our efforts.