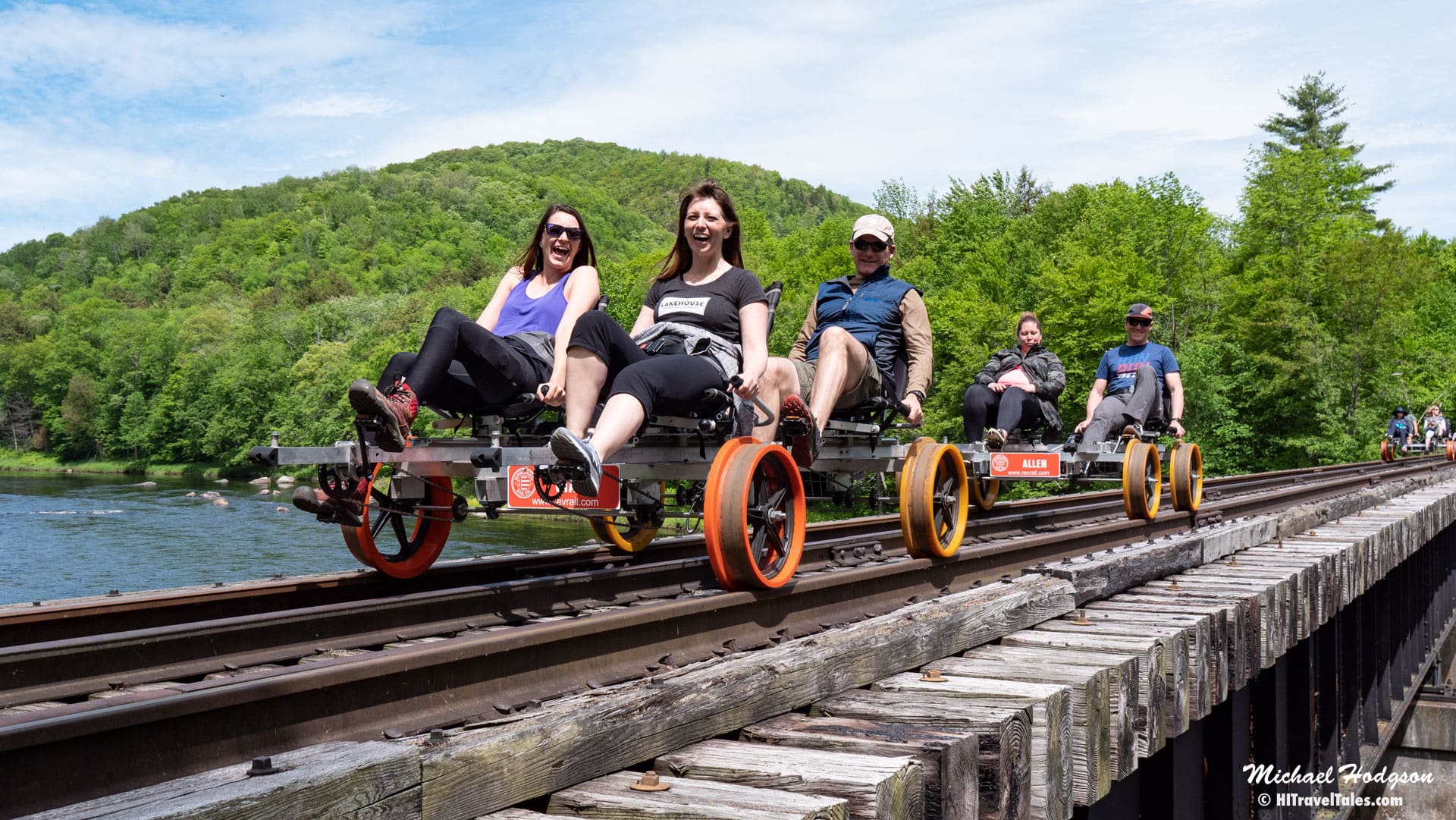 Rail biking with Revolution Rail allows riders to pedal special two-seat and four-seat rail bikes along abandoned railroad tracks in the Adirondacks. The section of track begins at the historic North Creek Railroad Station just outside of Lake George and passes through dense forest and alongside the banks of the Hudson River.

A lush green forest swept by on either side of us as our group pedaled along easily on our railbikes from Revolution Rail. Views of the Hudson River appeared through the trees to our right. Laughter echoed up and down the train tracks as our group of riders glided along.

Located not far from Lake George, New York, the historic railroad tracks we were pedaling along are now abandoned, meaning there were no fears of having to pedal furiously to outrun a freight train barreling in behind. In the 1930s, the Adirondack Branch of the D&H Railroad brought visitors from New York City and Schenectady, New York, into the Adirondacks. The railway also linked to the village of Tahawus where iron ore and titanium dioxide were mined. 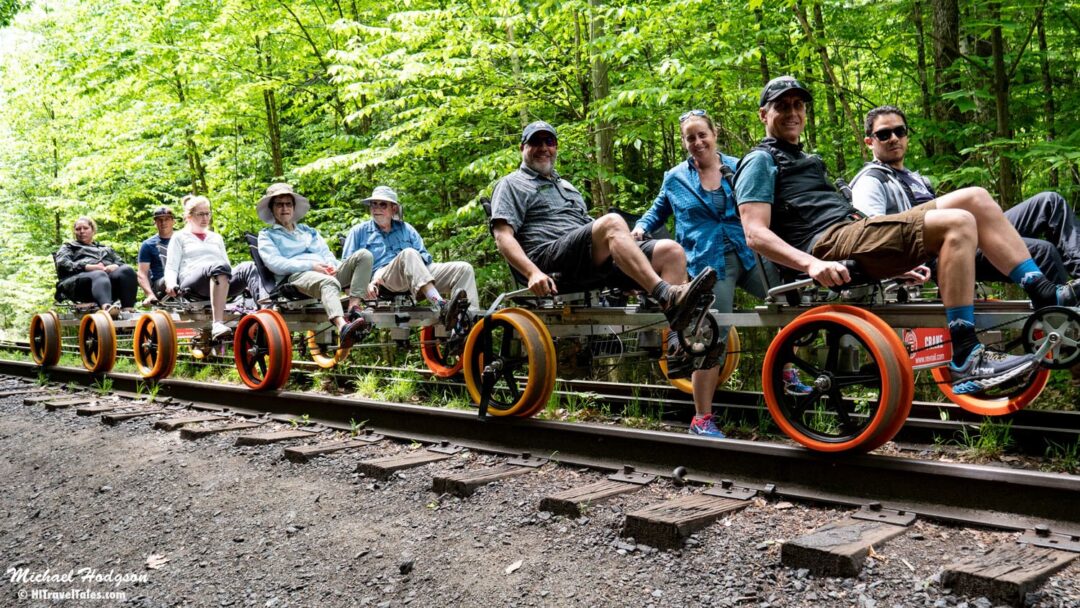 What are railbikes (rail bikes)?

Railbikes are pedal-powered carts that resemble recumbent bikes in the way you sit and pedal. The specially designed carts feature large rubber-covered wheels for quiet, smooth rolling over railroad tracks. Companies such as Revolution Rail typically design their own versions of a railbike, but each is decidedly similar in approach, with either two or four-seat versions. Pedaling them is relatively easy, making it a suitable adventure for any age or level of fitness. One person in each cart also operates a hand brake to ensure you don’t go too fast or bump into carts in front of you. 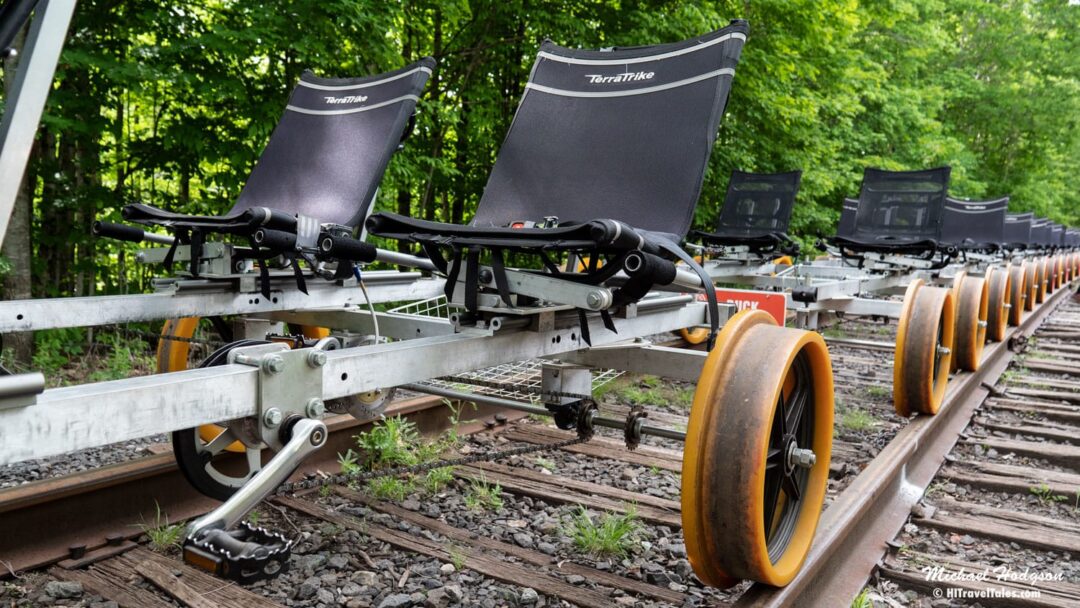 The tour begins and ends at North Creek Railroad Station

Our adventure began at the North Creek Railroad Station, headquarters for Revolution Rail tours, where we boarded a bus for a short shuttle to our tour starting point.

North Creek Railroad Station is famous for being the place where then-Vice President Teddy Roosevelt learned that President William McKinley had died from wounds received following an assassination attempt. Upon hearing the news, Roosevelt proceeded immediately to Buffalo on the fastest train, where he was subsequently sworn in as President of the United States.

If you have time before or after your tour with Revolution Rail, you can learn more about the history of North Creek and about Teddy Roosevelt at the North Creek Depot Museum located nearby. 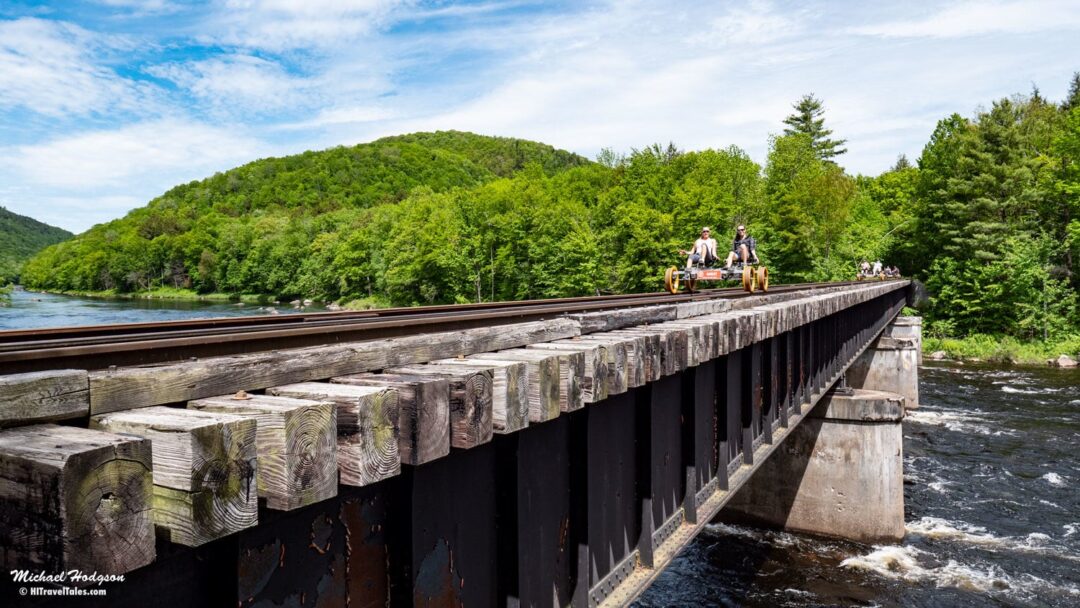 Revolution Rail co-founder Michael Dupee told me that wildlife is frequently spotted along this quiet section of railway (though we didn’t see any on our trip). A trestle bridge crossing over the Hudson River is a highlight as the views up and down the river are spectacular (assuming you don’t have a great fear of high places). It is also the perfect spot, on the ride back, for that ubiquitous “look at me on a rail bike” selfie, if you are so inclined.

At the halfway point, while Revolution Rail guides work to turn the railbikes around for the return trip, bike riders can relax beside the Hudson River. It is worth noting that trips go rain or shine, so dress accordingly. And be sure to pack along a camera or smartphone, water, sunscreen, snacks and insect repellent.

Not heading to the Adirondacks but still want to try your hand at railbiking? Here are some other railbike tour companies around the United States and Europe.

Skunk Train Rail Bikes – California
Operated by the well-known Skunk Train, and departing from Fort Bragg, Calif., the 90 minute roundtrip railbiking tour follows tracks along the Pudding Creek Estuary and into majestic redwood groves, and you may see osprey, blue herons, and other wildlife. Because of the slight climb involved on the return, the rail bikes have an optional motorized assist. 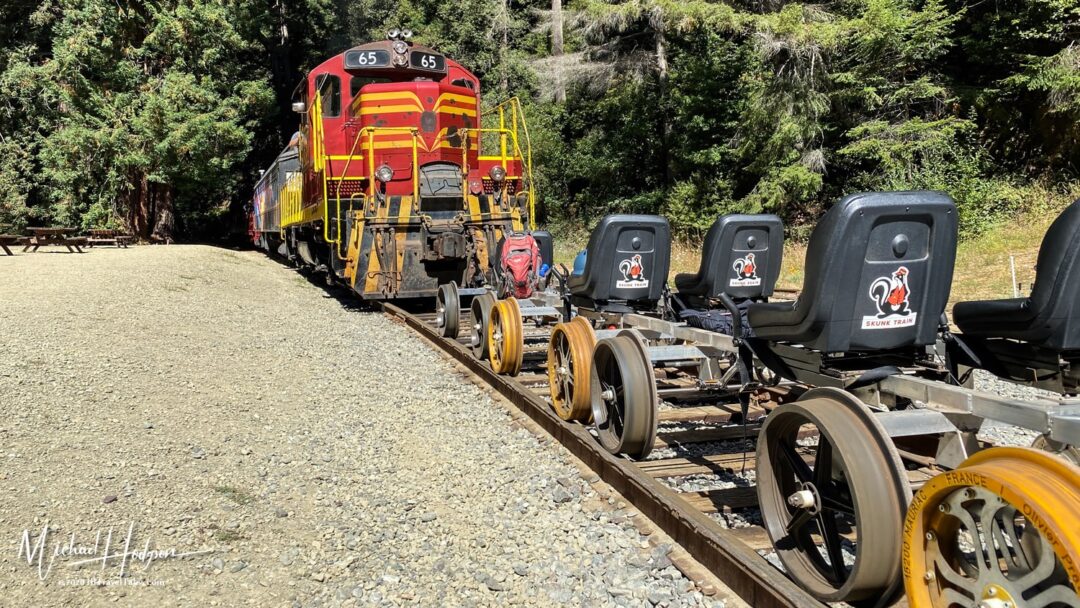 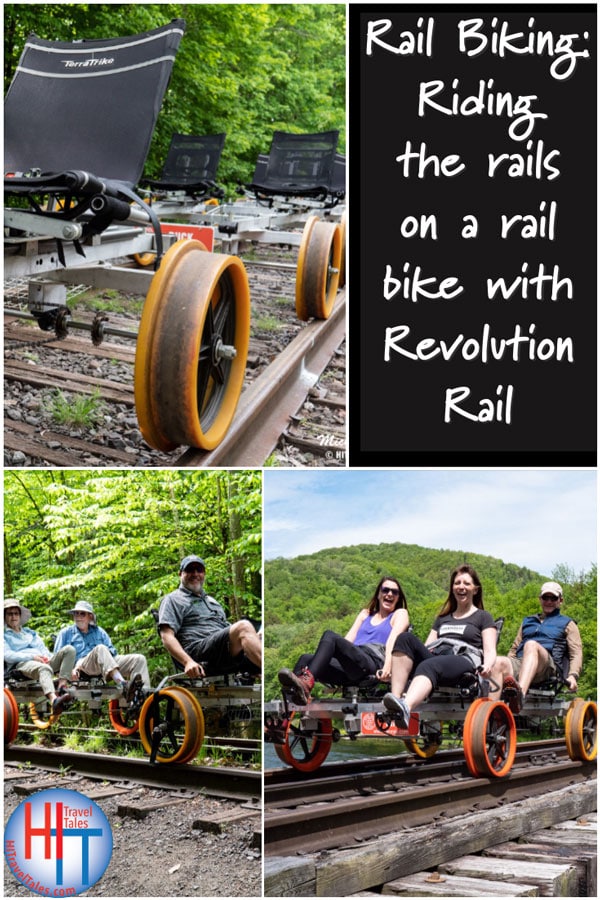 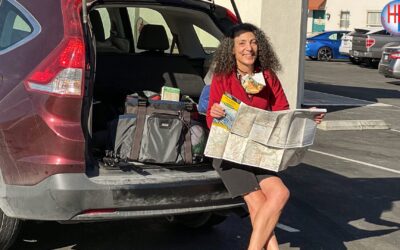 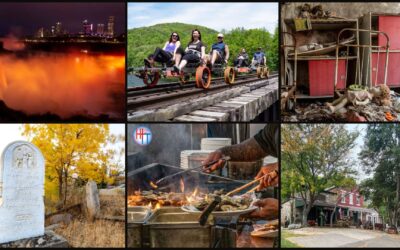 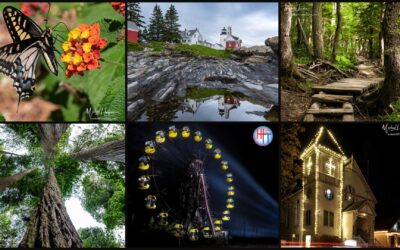 Heads up! This information on Rail Biking was accurate when we published it on HI Travel Tales, but, as we know, traveling is all about changes (and inflation, sadly). It is your sole responsibility to confirm prices, transportation schedules, hours of operation, safety and health considerations, and any other important details before your adventure. 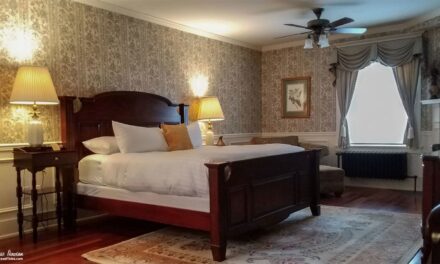 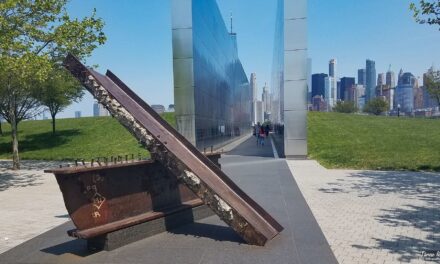 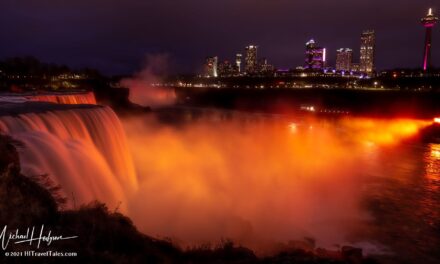 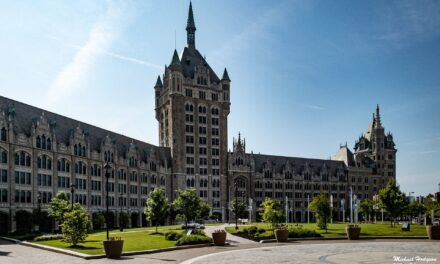