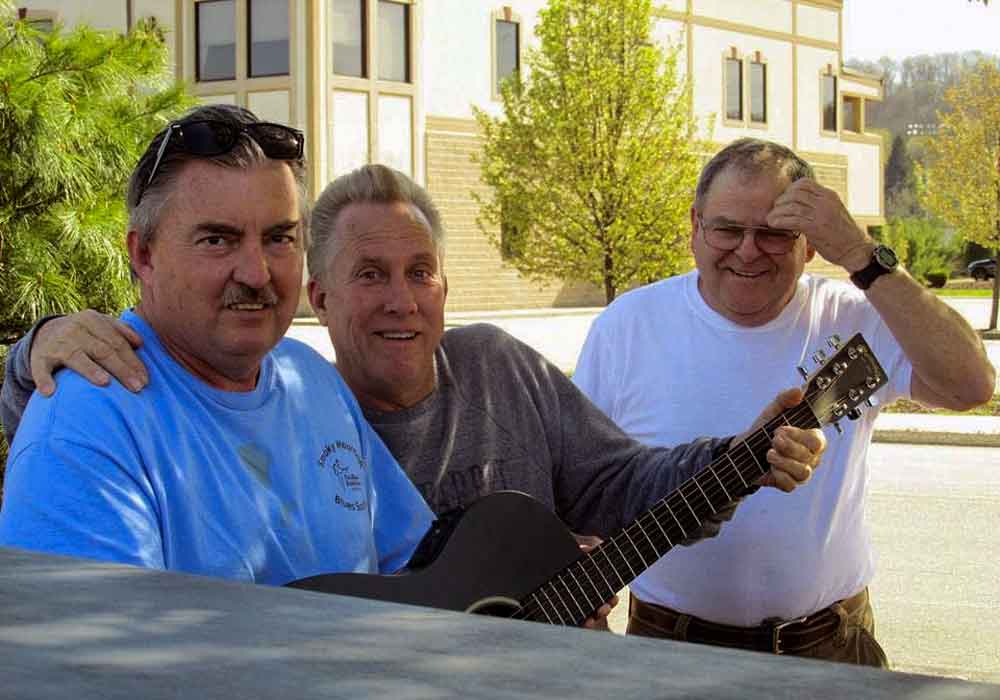 As the Golden State-Lone Star Revue tour winds down, traveling blues guitarist Charles Baty (“Little Charlie and the Nightcats”) and his fellow musicians are all nursing colds and a little road fatigue. But his traveling blues wisdom continues on: A friend of HI Travel Tales, Baty semi-retired in 2008 (his co-founder continues with the award-winning Nightcats band), he stills steps into a gig or a tour now and then which takes him on the road. The life of a touring musician isn’t always glamorous, but Baty breaks up his many hours in the van or in hotels by writing about what he sees. And from small towns to big towns, he sees a lot, pens his thoughts, and offers some of his personal journal entries to HI Travel Tales during this tour with Mark Hummel and the Blues Survivors. 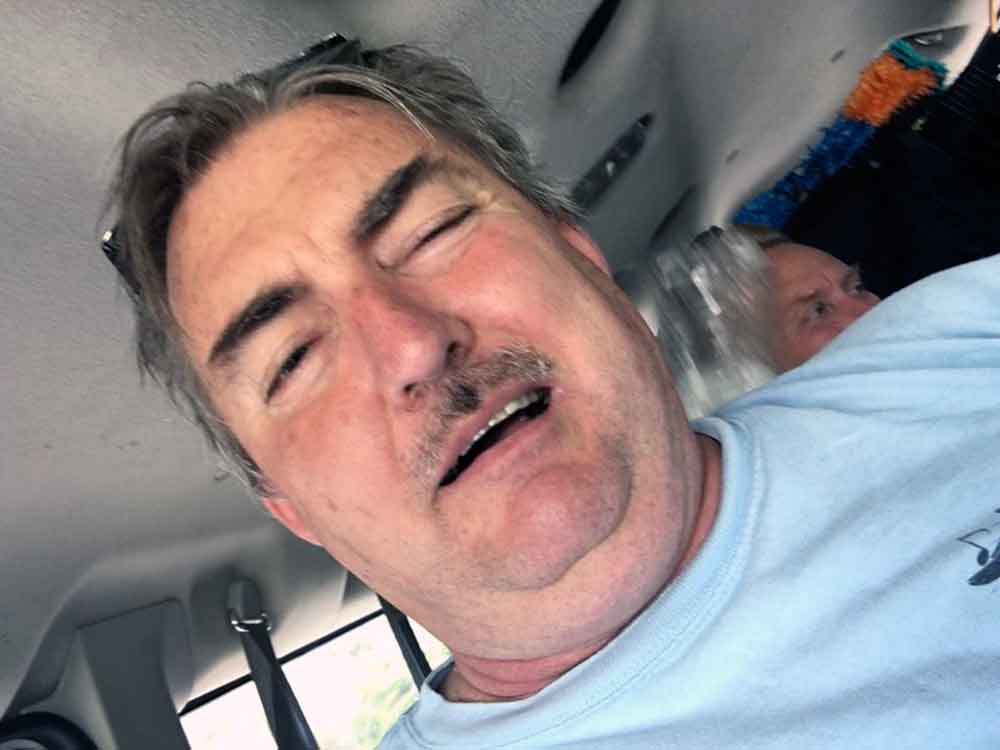 Charles Baty feeling a bit sideways with a head cold as the van drives on. (Photo by Charles Baty)

April 24, 2016. As we count down to the last gig on the Golden State-Lone Star Revue tour, we are the walking wounded. Everyone in the troupe has had a hacking cough, cold symptoms, but rest is not an option. We trudge from city to city, hoping that we don’t collapse on stage and end up being rushed to the E.R. The model we are working on, the concept of playing every night, takes its toll on you. And for our last two gigs, we have to factor a really late gig in St. Louis, Mo., today and an early gig in Lincoln, Neb., tomorrow, some 440 miles away. Nerves were on edge in the van and Anson (Funderburgh) mercilessly beat me with an empty water bottle. We left the Chicago area, hauled down I-55 towards St. Louis and made it in 6 hours. I tried to nap but couldn’t. 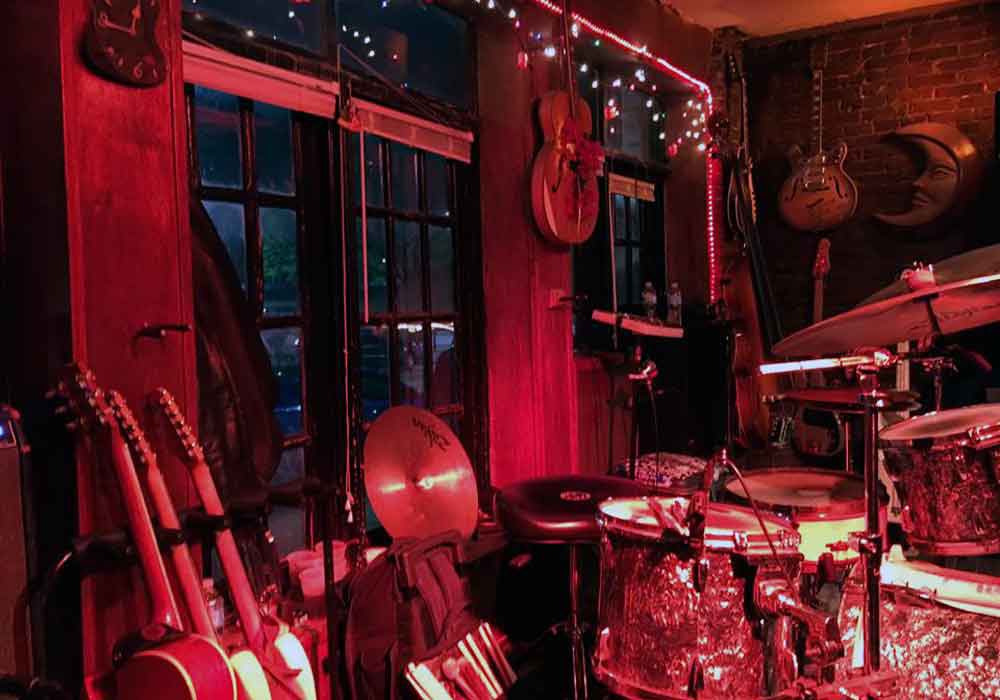 The stage at Beale on Broadway.

We had to play until 2:15 a.m. or so because Beale on Broadway, located in the shadow of Busch Stadium in St. Louis, has a 3 a.m. liquor license. All sorts of young people danced dirty to the blues. We played lots of crazy things, like “Who Likes Short Shorts,” just to get the crowd dancing. All fun, but by the end of a tour you’re running on fumes, just hoping for a smooth flight home. This area around Busch Stadium in St. Louis has food, music and a late night scene. Tomorrow is our last gig for the tour – heading off for the Zoo Bar in Lincoln, Neb. Don’t know how we will do it, but just that we will. After all, we haven’t died yet.

April 23, 2016. The Golden State-Lone Star Revue tour heads into the final stretch. Last night we found ourselves 8 or so miles west of Chicago in the little community of Berwyn at one of the great music halls in America — Fitzgerald’s. I have played Fitzgerald’s dozens of times since 1987 and have witnessed a lot of great music there. On New Year’s Eve 1996, Little Charlie and the Nightcats flew out to play the gig and coincidentally Jerry Portnoy and Kim Wilson were in town. That was a night to remember. Berwyn is a bit of an Italian community and it was only fitting that I drove in with Italians Steve Fazio from Vero Amplifiers and Rose Bortoli Landis. The thruway was jammed, so we took surface streets to get there. 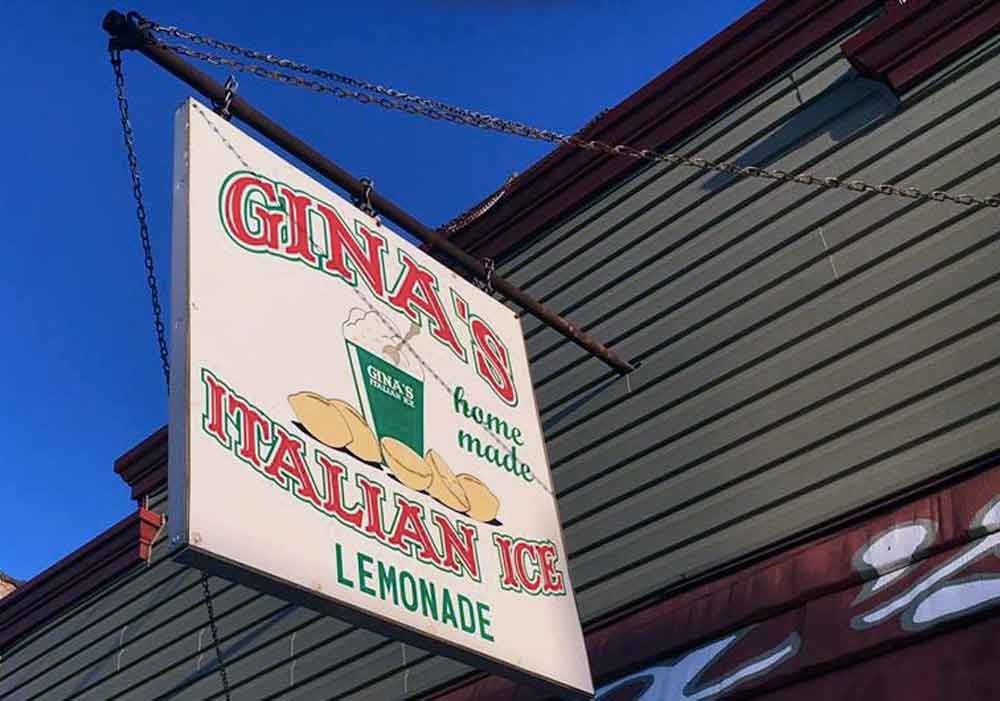 I stopped at Gina’s, my favorite Italian ice shop, just 3 blocks from Fitzgerald’s and saw that it was already closed at 7 p.m. The proprietor saw me taking photos, came outside and said that he closed early because of the chilly weather. He offered up a free lemon ice – filled with chunks of actual lemon. Basically an ice-cold lemon bomb. We dined at a fine Italian place adjacent to the club called Capri. I made the mistake of ordering linguini and scallops in a red sauce — a mistake only because I got the tomato sauce all over my stage shirt. Likely nobody noticed. A nice fan brought Anson a bag of potato chips. A couple flew 400 miles from Minneapolis to see the show. A success by any measure. Only 2 shows to go. 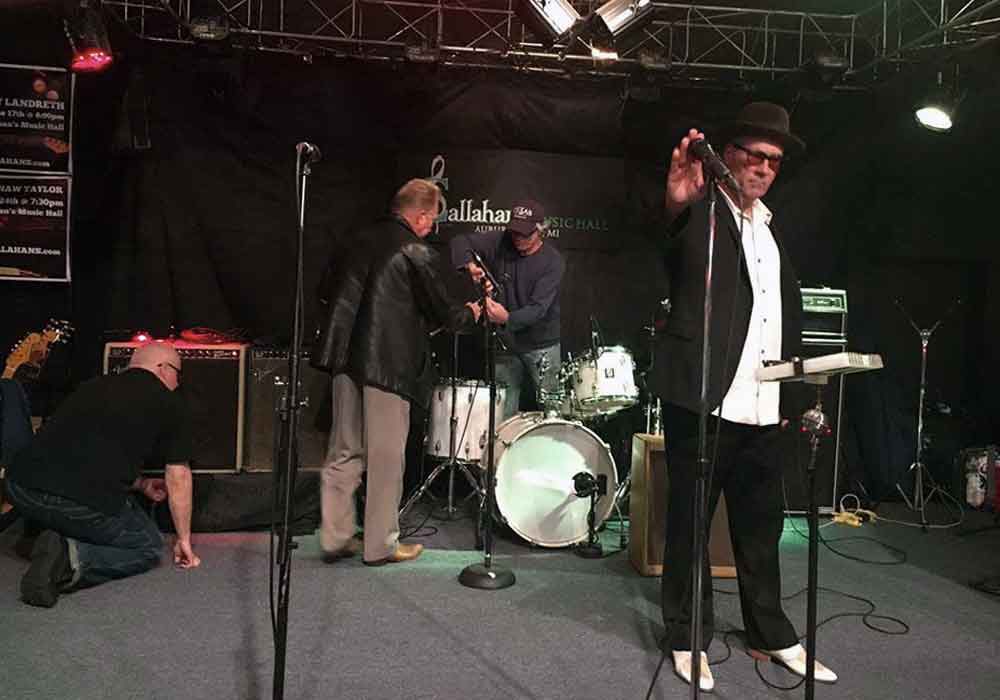 Always have to do a sound check, no matter how many times you’ve performed. The band running through a sound check at Callahan’s Music Hall. (photo by Charles Baty)

April 21, 2016. The kiss of death for a music show can result from many possible causes. The first warm, sunny spring day in Chicago is a harbinger of doom for club dates. Everybody goes to the beach or hangs out outdoors and is too tired to go clubbing. A big finale on a popular TV show can spell disaster. But the worst is a playoff game in a local market and we faced two in Detroit tonight – hockey and basketball. But luckily the blues faithful chose art over sports and we had an exceptional night of music. Earlier in the day, the Pup and I were forced to split a Subway sandwich for lunch, much like people have to eat rats in post-Apocalyptic movies, but the Pup had the sense to buy a previously unheard brand of potato chips called Ballreich to soften the blow. Excellent chips with good structure. We played some great music tonight, in my humble opinion, even though we are tired, wounded and shell shocked. Please come support our cause – the revival of real blues played by seasoned blues veterans for the sake of the music and not for a press kit. If we love what we do, maybe you will too. 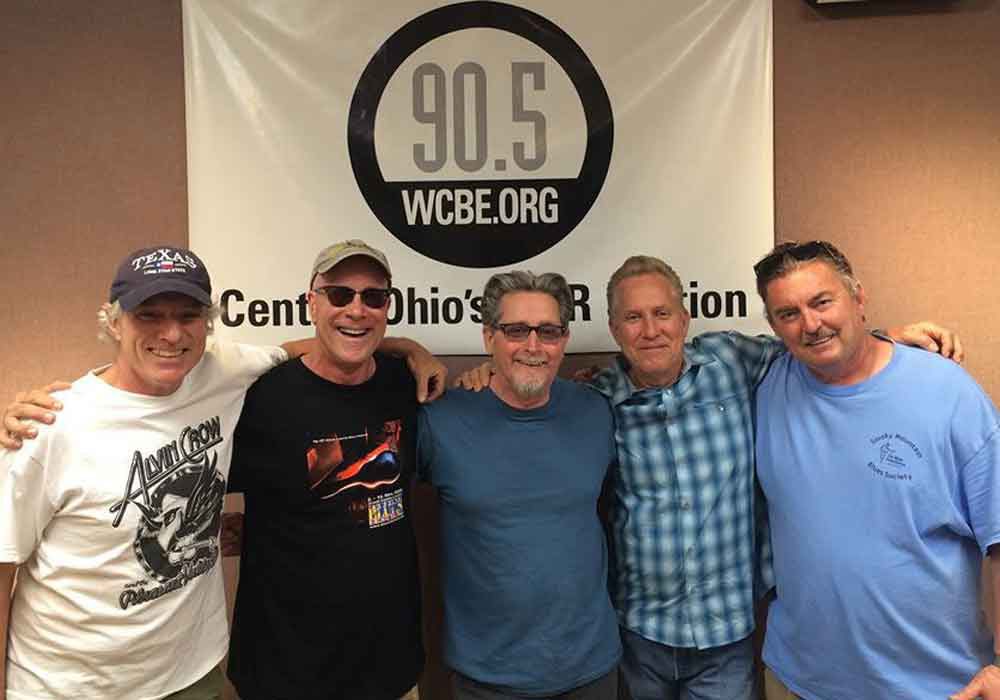 Golden State-Lone Star Revue band members gather to go on the air in Columbus, Ohio, at NPR station WCBE where they gave an interview and performed three songs. 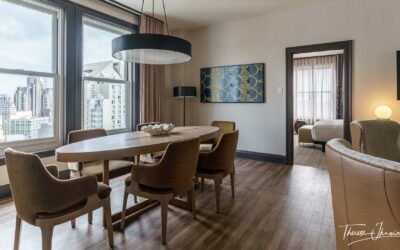 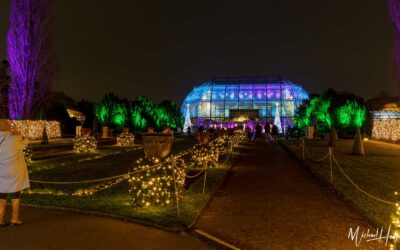 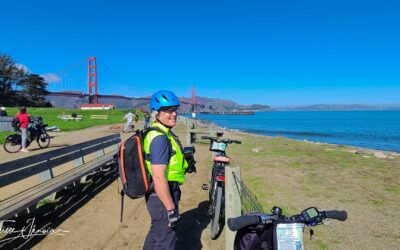 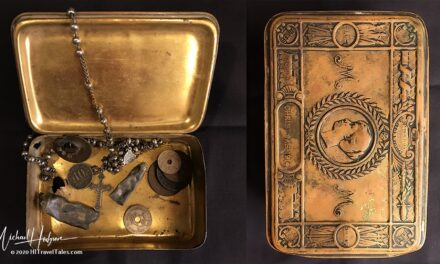 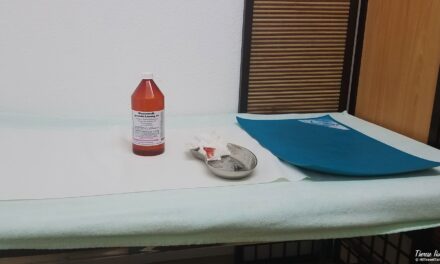